Two months ago we had the honor of premiering the first new song by Norway’s In the Woods… in 17 years. The name of that song was “Cult of Shining Stars” and it appears on a a new album entitled Pure that will be released by Debemur Morti Productions on September 16. Since then Debemur Morti has revealed another song (accompanied by a beautiful music video), “Blue Oceans Rise (Like A War)”, and we have published our review of the album (by Andy Synn), who called Pure “as unique and enigmatic a musical experience as you could wish for” and “one of the most compelling, captivating, and truly complete musical masterpieces of the year”.

Today it’s our pleasure to bring you a third song to hear in advance of the album’s release, and the name of this one is “Mystery of the Constellations”. When Andy reviewed the album, he wrote that “some of [the songs] rock a little harder, and some of them err a little more sombre. Some of them brood, some of them swagger, and some of them drift in a dreamless languor – at times all within the same song – but each and every one of them has something special about it, something magnificent that truly lets it soar… its own particular identity, its own particular brace of distinctive hooks and melodies.” And “Mystery of the Constellations” is further proof of that. 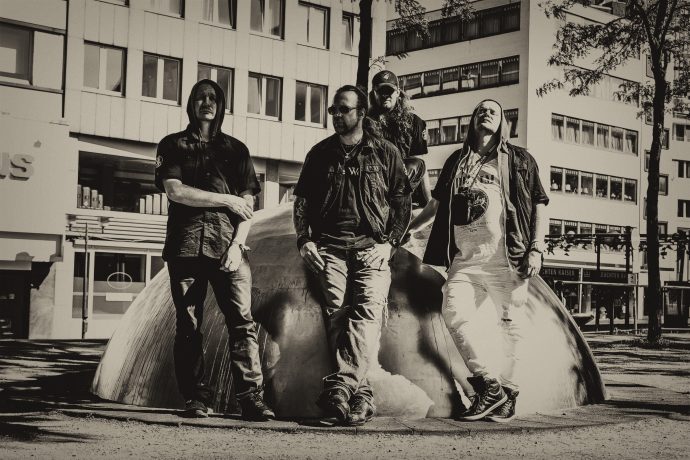 There is a deeply haunting and melancholy quality to the music, which slowly builds in power and intensity until an extended guitar solo flares like a meteor shower in a wintry night sky, followed by another ebb and flow, and a second solo that’s as wondrous as the first one. You already know from the first two track premieres what an amazing voice James Fogarty has, and it remains as expressive as ever, but the solos take center stage here… and the song’s melody is yet another one that won’t leave your head any time soon.

To repeat, Pure will be released on September 16. It’s available for pre-order right now on Digipack CD, Special Edition CD, Gatefold 2×12 LP, and Special Edition vinyl; the special editions are limited to 200 hand-numbered copies and come with exclusive extras. To learn more and to pre-order, go to this location:

2 Responses to “AN NCS PREMIERE: IN THE WOODS… — “MYSTERY OF THE CONSTELLATIONS””