The first minute-and-a-half of this song was all it took to ensure its place on this list. I was convinced the first time I heard those opening 90 seconds. The rest of the song just reinforced the conviction, though it’s often very different from the solo guitar instrumental that comes first. END_OF_DOCUMENT_TOKEN_TO_BE_REPLACED 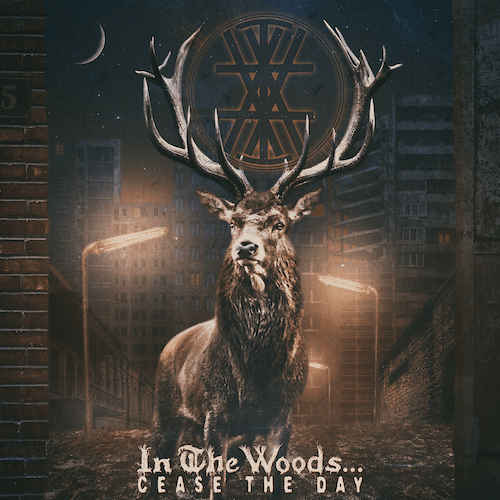 (This is Andy Synn‘s review of the new album by In the Woods…, which was released on November 23rd by Debemur Morti Productions.)

While this will most likely be my last review before I unveil my annual end-of-year onslaught of lists and lurid opinions, that doesn’t mean it’s going to be my last review of the year, as I already have several items earmarked for further coverage during the post-Listmania come-down.

I didn’t want to sit on this article any longer though, as this particular collection of words has been burning a hole in my brain for several weeks now, and I was starting to worry that I was risking permanent damage if I waited much longer.

So here’s a few thoughts, and maybe even a “hot take” or two, about the magical new album from In The Woods… END_OF_DOCUMENT_TOKEN_TO_BE_REPLACED 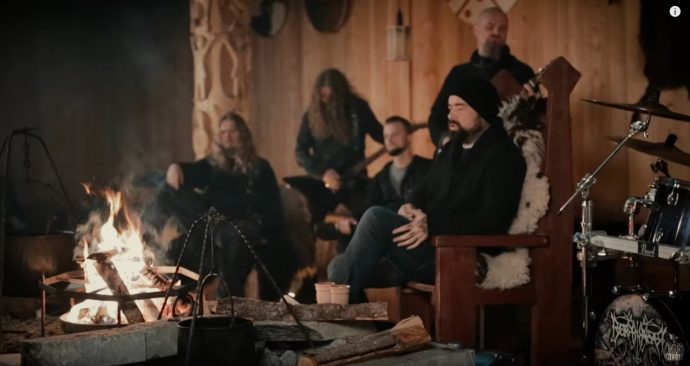 I ask you, if you can’t make an exception to our Rule about singing for the likes of Andreas “Vintersorg” Hedlund, Simen “ICS Vortex” Hestnaes, and Kristoffer Rygg, then who could justify an exception? END_OF_DOCUMENT_TOKEN_TO_BE_REPLACED

You see the “Critical Top Ten” is where I try (as best I can) to remove my own personal biases and downplay any favouritism and instead attempt to name the ten albums (unranked) which I feel honestly represent the best of the best from the last year in Metal. END_OF_DOCUMENT_TOKEN_TO_BE_REPLACED

In recent months we’ve had the pleasure of bringing you two songs from one of the most remarkable “comeback” albums in recent years, and one of the most distinctive and accomplished of this year by any band. The album is Pure, and the band is Norway’s In the Woods…, and today the album is being released by Debemur Morti Productions. To help spread the word, we are bringing you the full stream of the album for the first time.

We have already spilled many words about Pure over the course of our previous song premieres and our full review of the album, and especially because you can now hear it for yourselves, extensive repetition probably isn’t the wisest use of our space. But I do think these excerpts from Andy Synn’s review are worth repeating: END_OF_DOCUMENT_TOKEN_TO_BE_REPLACED

Two months ago we had the honor of premiering the first new song by Norway’s In the Woods… in 17 years. The name of that song was “Cult of Shining Stars” and it appears on a a new album entitled Pure that will be released by Debemur Morti Productions on September 16. Since then Debemur Morti has revealed another song (accompanied by a beautiful music video), “Blue Oceans Rise (Like A War)”, and we have published our review of the album (by Andy Synn), who called Pure “as unique and enigmatic a musical experience as you could wish for” and “one of the most compelling, captivating, and truly complete musical masterpieces of the year”.

Today it’s our pleasure to bring you a third song to hear in advance of the album’s release, and the name of this one is “Mystery of the Constellations”. When Andy reviewed the album, he wrote that “some of [the songs] rock a little harder, and some of them err a little more sombre. Some of them brood, some of them swagger, and some of them drift in a dreamless languor – at times all within the same song – but each and every one of them has something special about it, something magnificent that truly lets it soar… its own particular identity, its own particular brace of distinctive hooks and melodies.” And “Mystery of the Constellations” is further proof of that. END_OF_DOCUMENT_TOKEN_TO_BE_REPLACED

(Andy Synn reviews the first album in 17 years by Norway’s In the Woods….)

Unless you’ve been living under a rock for the last several years you’ll probably have noticed the surprising upswing in the number of legendary Metal bands making an unexpected return to the scene. From At The Gates to Extol, from Carcass to Gorguts, and beyond, there seems to have been a sudden surge in how many of the “big” names (relatively speaking) have decided to mount their long-awaited comeback… often to greater, and much-deserved, commercial and critical acclaim than they originally received the first time around.

With a 17-year gap separating the release of their last full-length (1999’s Strange in Stereo) from their imminent return, In The Woods… don’t quite hold the record for longest time between albums (of their peers mentioned above, that honour goes to At The Gates with their 19-year intermission between Slaughter of the Soul and 2014’s At War With Reality), but I have no hesitation in stating that Pure more than deserves to be mentioned in the same reverent tones reserved for Surgical Steel, Colored Sands, et al. END_OF_DOCUMENT_TOKEN_TO_BE_REPLACED

Last month we had the pleasure of premiering a song called “Cult of Shining Stars” from the first new album by Norway’s In the Woods… in 17 years. Entitled Pure, the return of this groundbreaking band will be released by Debemur Morti Productions in September. Today we present another new song — “Blue Oceans Rise (Like A War)” — and this time the music comes in the form of a video.

For those who may have missed our previous premiere, I’ll repeat just a small part of this band’s story. The original members of the group first played together in a death metal band called Green Carnation, but transitioned to In the Woods… after the departure of main composer and guitarist Tchort in order to take his place in Emperor. After the release of Strange In Stereo in 1999 (which followed 1997’s remarkable Omnio), Tchort returned to Green Carnation, and In the Woods… came to an end, with some of the members rejoining Green Carnation and others moving on to other personal projects. END_OF_DOCUMENT_TOKEN_TO_BE_REPLACED

What a long and winding road it has been. Twenty-one years after their debut album HEart of the Ages and 17 years after their last one (Strange In Stereo), the Norwegian alchemists In the Woods… are returning with a new record named Pure, to be released in September by Debemur Morti Productions. After a wait of 17 years, remaining patient until September seems like a small thing to ask. Yet three months is still three months, and so we bring you something to sate the curiosity, at least temporarily.

And yes, we do expect more than a little curiosity, given the visionary nature of this band’s first three albums and the long stretch of years that has passed since their release. For those who may be new to the band, perhaps because you weren’t yet out of diapers when HEart of Ages made its first mark, a bit of history may be worthwhile before listening to “Cult of Shining Stars“. END_OF_DOCUMENT_TOKEN_TO_BE_REPLACED