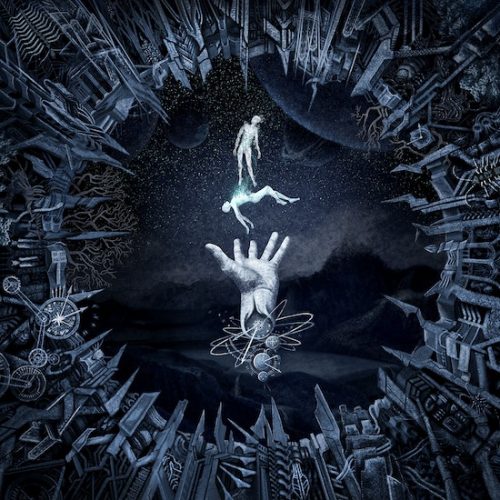 …And Oceans‘ 2020 record Cosmic World Mother was a comeback album, the group’s first full-length release since 2002. As my friend DGR wrote in his review, it was also one of the more blistering releases to come out last year, a symphonic black metal assault that was “absolute hellfire in song form”. But that didn’t mean it wasn’t contagious. END_OF_DOCUMENT_TOKEN_TO_BE_REPLACED

(This is DGR’s review of the latest album by the Finnish symphonic black metal band …And Oceans, which was released on May 8th by Season of Mist.)

…And Oceans‘ latest album Cosmic World Mother is a handful of different things: It’s a comeback album, the group’s first full-length release since 2002, with a small series of splits, silence as the crew continued on as Havoc Unit before splitting, and then an EP in 2019 after the band had re-formed. It’s also a return to their older sound because it is almost singularly focused on being a black metal release with a healthy symphonic element in the background (it is so singularly focused, in fact, that at times it can be overwhelming in its intensity. with every element available to the band ratcheted up to 100).

It is also one of the more blistering releases to come out in 2020, as it seems like …And Oceans decided their new modus operandi was going to be absolute hellfire in song form, a fierce shrieking assault propelled forward by a volley of drums just hammering away in the background — fitting, when you have Gloria Morti‘s current drummer behind the kit, because if anyone is going to be fairly blast-happy it’s that gentleman.

Further, it is an album that because of those aforementioned elements can feel surprisingly long at times. Cosmic World Mother is nearly fifty minutes in length — near the high end of the average, but without the sticker shock of seeing an hour plus — and though it’s a trope to proclaim that you’d be perfectly okay taking a break at the midpoint of an album and then throwing yourself back into it, Cosmic World Mother recognize this. But intentionally or not, the …And Oceans crew have built in one of the best mid-points of an album out there, giving the record a very distinct ‘two act’ feel. END_OF_DOCUMENT_TOKEN_TO_BE_REPLACED

That was the message I received from our old pal Booker last week concerning “The Dissolution of Mind and Matter“, an advance track from this Finnish band’s new album, Cosmic World Mother. Somewhere up above that message in our nightmare of an in-box I found the link for our promo of the album, which I will soon explore. END_OF_DOCUMENT_TOKEN_TO_BE_REPLACED