(This is DGR’s review of the latest album by the Finnish symphonic black metal band …And Oceans, which was released on May 8th by Season of Mist.)

…And Oceans‘ latest album Cosmic World Mother is a handful of different things: It’s a comeback album, the group’s first full-length release since 2002, with a small series of splits, silence as the crew continued on as Havoc Unit before splitting, and then an EP in 2019 after the band had re-formed. It’s also a return to their older sound because it is almost singularly focused on being a black metal release with a healthy symphonic element in the background (it is so singularly focused, in fact, that at times it can be overwhelming in its intensity. with every element available to the band ratcheted up to 100).

It is also one of the more blistering releases to come out in 2020, as it seems like …And Oceans decided their new modus operandi was going to be absolute hellfire in song form, a fierce shrieking assault propelled forward by a volley of drums just hammering away in the background — fitting, when you have Gloria Morti‘s current drummer behind the kit, because if anyone is going to be fairly blast-happy it’s that gentleman.

Further, it is an album that because of those aforementioned elements can feel surprisingly long at times. Cosmic World Mother is nearly fifty minutes in length — near the high end of the average, but without the sticker shock of seeing an hour plus — and though it’s a trope to proclaim that you’d be perfectly okay taking a break at the midpoint of an album and then throwing yourself back into it, Cosmic World Mother recognize this. But intentionally or not, the …And Oceans crew have built in one of the best mid-points of an album out there, giving the record a very distinct ‘two act’ feel. 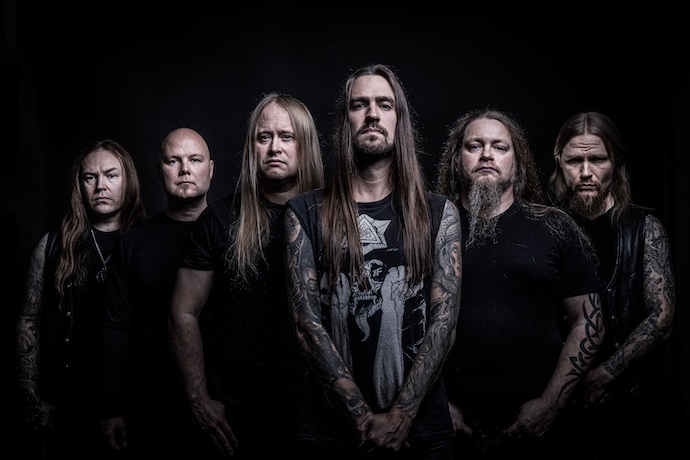 It’s a bit of a struggle to describe just how incredibly determined Cosmic World Mother is to unleash a torrent of near unrelenting black metal. …And Oceans establish one objective early on and then hammer away at it again, and again, and again, and again, until nearly fifty minutes later when they wrap it up with closer “The Flickering Lights“. You could almost prescribe an exercise with Cosmic World Mother by having someone listen to the album’s opening song, “The Dissolution Of Mind And Matter” (one of the early singles), and then ask whether they could handle that eight more times, with a brief instrumental break in between.

…And Oceans certainly didn’t write the same song that many times on Cosmic World Mother, but the sheer volume and density of each track can make it feel like the band were absolutely determined to crush its listeners with non-stop ferocity by the end of the disc. With songs that often stretch into the four-to-five-minute range without moments of levity for the band themselves to breathe, mid-tempo tracks like “Five Of Swords” and “Helminthiasis” can feel like welcome respites in a body of water otherwise wracked by a gigantic maelstrom of sound. In fact, the only reason “Helminthiasis” suffers as a song is because it has the incredibly difficult act of following what is easily one of the album’s highlights and possibly one of the best points to end Part One of an album on — Cosmic World Mother‘s title song.

“Cosmic World Mother” is a massive song — so huge in fact that it’s felt like a personal roadblock in writing this review since it was first heard, and it sits five songs into the album. “Cosmic World Mother” isn’t even one of the longest songs, yet it’s a testament to using each and every element available to …And Oceans as effectively as possible. The song just seems to build, and build, and build during its roughly four-and-a-half-minutes, absorbing everything that was done in the four songs prior to it until it becomes a musical blob of its own. Its own personal dynamics can seem to color the first four songs of the disc, making it seem like …And Oceans were building up to that specific moment, when “Cosmic World Mother” bursts into flame in its back half before suddenly being put out.

The dynamic nature of that one song alone makes it an early album highlight and, as mentioned before, a perfect place to stop the disc as a whole and take a quick breather before returning to it. There’s an alternate universe out there where “Cosmic World Mother” would’ve made a fantastic closing song – it seems built for that purpose, given its ending. Yet because it’s near the middle of the album it makes it insanely difficult for the first few songs that immediately follow it to regain the first few tracks’ momentum. It isn’t really until the suffocating atmosphere and haunted keyboards of “Apokatastasis” – right after the album’s one instrumental bit – makes its appearance that it seems like …And Oceans are firing up the conflagration machine once again. 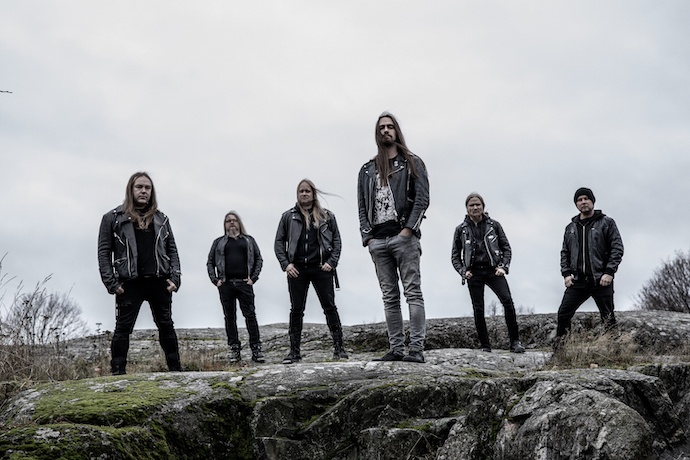 When Cosmic World Mother wraps up on the closing notes of “The Flickering Lights” – the album’s longest song – it’s not hard to imagine being a figurative pile of ash by that time. The album trades on intensity and absolutely excels in that. There are humongous swells of keyboard and various synth orchestration, there’s a ton of high shrieking vocal work, the guitars are almost non-stop in their music bombing runs, and the drums are near-ceaseless in their batterings. A sizeable proportion of black metal focuses on the ritualistic aspect of the music, the dramatism of it, and the tribute-paying to influences of old. The one element …And Oceans really embrace is the hellfire part, as if the band sat down to have a meeting specifically to figure out how to be the musical equivalent of a flamethrower.

Thus, Cosmic World Mother kind of nukes its listeners like scenes from Terminator 2, leaving you a skeleton gripping a fence. It can be overwhelming. But, if you really enjoy that singular focus and the almost surgical precision with which …And Oceans dedicate themselves to writing musical destruction, Cosmic World Mother is fantastic. It’s been a constant listen since we first received it, and if you really enjoyed those first few singles in the lead-up to the release, then rest assured, Cosmic World Mother is a sound investment because it is a massive cycle of that style, done as relentlessly as the band possibly could.

One Response to “…AND OCEANS: “COSMIC WORLD MOTHER””