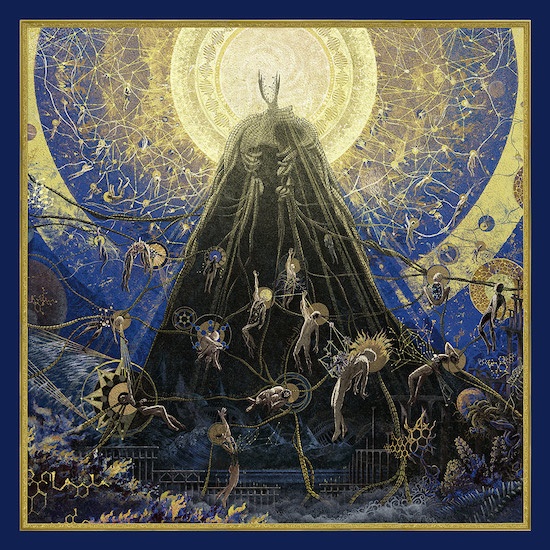 (On January 27th Season of Mist will release a new album by the Finnish band …And Oceans, and in advance of that we present DGR’s extensive review and streams of all four singles from the album.)

It was only a scant three years ago – closer to two and a half so you don’t have to turn to dust and blow away in the wind yet – that Finland’s …And Oceans unleashed their album Cosmic World Mother, their first with their then newly reformed lineup with an eighteen-year gap between, during which time the group had existed under the name Havoc Unit, unleashed a string of splits and one full-length, and returned to the name …And Oceans with a two-song EP released in 2019.

It’s a complicated history for a complicated and wild band, who’ve traversed a lot of ground between black metal, a more melodic and keyboard-driven form, full industrial, and cycling back around to a current sound that seems to encompass all of those. You could get comfy in one particular sound and think that …And Oceans were going to just spend a whole song belching fire at you. only to hit a massive keyboard break right in the center. It’s why we enjoyed Cosmic World Mother so much around these parts, because there was always something hovering just off the horizon to catch you off guard. 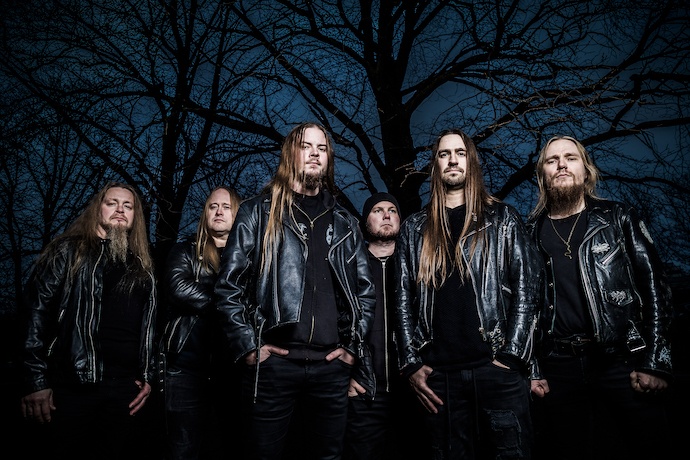 It was an expertly written and infectiously catchy branch of the melodic black metal tree and vocalist Mathias Lillmåns put in work to make sure things sounded knife-sharp as possible while longtime guitarists Teemu Saari and Timo Kontio shredded and tortured their guitars to pieces. To think they only comprise half the band should show that Cosmic World Mother was an album where every element was cranked to the max and jam-packed together, always leaving something to discover whenever the band decided to chart a path just left of ‘weird’.

Its a lot to describe, but it is also why we’re excited for the group’s newest album As In Gardens, So In Tombs, a release that at ten songs – more if you have the digipak, which we’ll touch on – is somehow longer and even more expansive than Cosmic World Mother was.

As In Gardens, So In Tombs is the most natural progression one could’ve expected from a group like …And Oceans. With no real lineup changes in between albums – translation: the weapons of the rhythm section Kauko Kuusisalo and Pyry Hanski return, alongside the surprisingly prominent driver of many recent …And Oceans songs in keyboardist Antti Simonen – the group begin right where Cosmic World Mother stopped. They get to start by playing with madness and spend much of As In Gardens, So In Tombs seeing which way they can twist and contort it into new forms.

The production work is cleaner this time around but otherwise it is ten songs of fiery black metal that is more than happy to make a weird dalliance off the beaten path to keep things challenging and abrasive. They’ve even got a song this time around with “Cloud Heads” wherein the opening few moments sound like the soundtrack to drunkenly falling down the stairs to a haunted house. 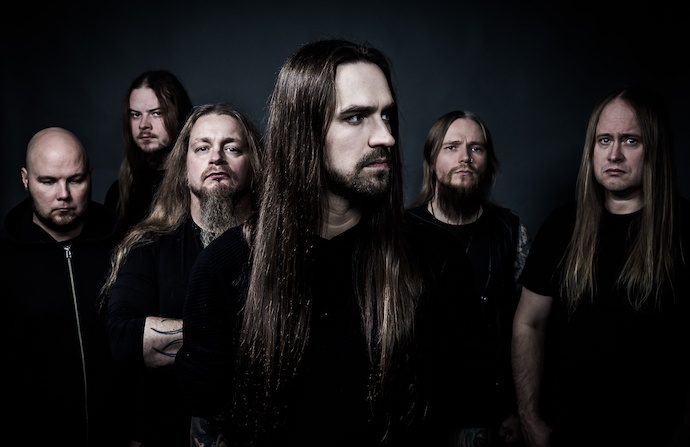 It’s interesting to apply the ‘if it isn’t broken, don’t fix it’ approach to the …And Oceans sound, considering how off-kilter the group have historically been. Even upon their return with something that was just on the edge of conventional, …And Oceans were more than happy to poke and prod around the edges of that sound. As In Gardens, So In Tombs continues along that path which in many tongues will mean that if you enjoyed the previous one then this one probably will have a lot to offer you as well.

The pacing of the album may be different in its opening moments but As In Gardens, So In Tombs begins with its title track, a lurching burner of a song that is a little less ‘imminent’ than “The Dissolution Of Mind And Matter”. However, “As In Gardens, So In Tombs” does make a lot of effort to show that …And Oceans are aiming far and wide on this release; they introduce a lot of their elements early and go off-kilter in both rhythm and sputtering ferocity, with every change jerking the listener about just a little harder than before. There’s actually build-up in the intro of the song before the group unleash themselves upon soaring keys and galloping drums this time.

…And Oceans deliver the more expected Earth-ender style song in the following track, “The Collector And His Construct”. In an alternate universe, were ...And Oceans tempted to keep the same pacing as the album before this, it would’ve likely been the opener, given the sense of immediacy the song kicks off with. Of course, the real highlight of it outside of the absolute shit-kicking the drumkit takes during the song is the main melodic line that runs around its ‘chorus’.

With the vocals well up in the belfry, the guitar and keyboard lines conspire to dance together for enough time that even though the line is simple enough, it is worthy enough to find yourself humming it constantly. In between the endless conflagration you have moments like that, which is where all the elements of ...And Oceans converge and it’s devious enough that you could use them as a gateway into more extreme elements for someone needing a crash course in metal. It’s a song done on an epic scale and lands hard enough that it leaves a lasting impression upon the album, until you hit the early lead-off single “Cloud Heads”. 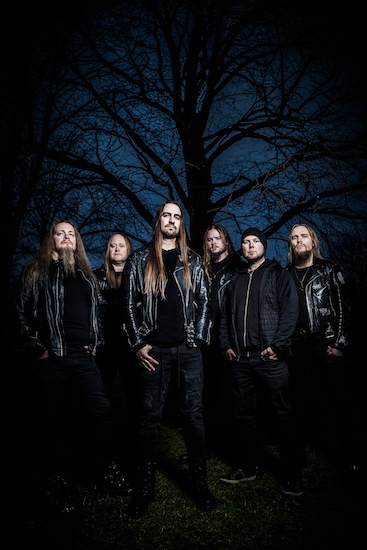 We’ve referenced it twice so it’s only fitting that we talk in depth about that previously mentioned song, because if someone were to ask us to describe it in context of the album it’s tempting to say that “Cloud Heads” is …And Oceans at their most batshit, and it is glorious. “Cloud Heads” is an intense song from beginning to end with the most ‘stuff’ that the band could’ve possibly launched into it. You could treat it as a solid turning point of the album, with a giant wall of keyboards attacking you from disorienting angles welcoming you in before the group launches full bore into the song itself. That they manage to slam in – emphasis on the slamming part too, since it arrives so suddenly – a massive bass guitar and drums oriented section that interrupts the flow of things with the force of a herd of rhinocerous is a ton of fun, and from there it’s back into the fiery pits.

High points that intense do make their return on “Inverse Magnification Matrix” two songs later, so you get the joyously weird moment of saying a massive song like “Wine Into Water” is your breathing point, a song that on its own is crushing enough in the opening segment to leave a dent in the floor.

“Ambivalent God” is a massive and sprawling song that could best be treated as the summation of the album as a whole. It’s a weighty seven minutes and forty-four seconds, which isn’t a lot by doom metal standards but …And Oceans spend a good chunk of that time at high speed attempting to cram as much of the album as possible into that one song. It ends gorgeously with the last minute and a half dedicated to ethereal keyboard playing and fading melody. There’s no sudden neck-snapping stop this time – As In Gardens, So In Tombs effectively bookends itself with a built-up opening and a calming closer. Unless you’ve got the two bonus tracks, and then you’re due for another eight minutes of battering. 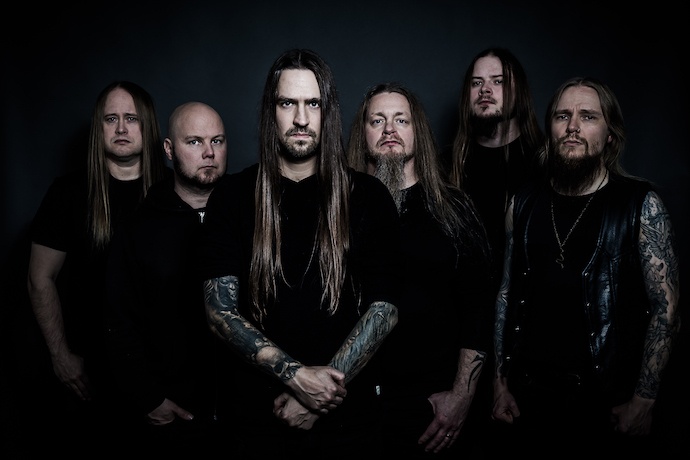 “Samlarens Valv” is a surprisingly rollicking song, that is built upon a rhythm riff that jumps up and down to the beat of waves crashing to shore. It’s surprising to have it pop up after the more ‘cinematic in scope’ ending of the song immediately before it, but if you’re the type to just want as much of the …And Oceans feast as you can get, it’s a solid track. Same for “Third Eye Catalyst”, which combines a rock-solid double bass gallop and airy keyboard line to catch interest from moment one.

The two bonus tracks are interesting, in part because they’re not as immediately tempted to hurl you forward into a wall of blastbeats and quickly-picked guitars. They get there, but there’s an air of experimentation to them in the moments between where …And Oceans are happy to try stuff that you can see didn’t quite fit into the main meal that was the album as a whole.

When you release an album this early in the year you have a hell of a battle ahead of you. Metal has a ton of releases spill out every year and you have to be incredibly confident in order to believe that your album from some of the earliest parts of the year can battle it out for the whole twelve months following. As In Gardens, So In Tombs is able to do that though. There are few bands out there quite given over to just going wild upon a song like …And Oceans do. The ferocity at times can be so much that it just becomes the ‘norm’ in the grand scheme of things, but the way …And Oceans dance around like a ghost forever fated to relive the same last few haunting moments, stuttering between steps in between flashing moments of full coherence, is an event to witness.

You come to an album like As In Gardens, So In Tombs because you know it’s going to spend the next fifty minutes knocking you over again and again. The constant sense of discovery with a release like this is rewarding enough to keep someone coming back, and intense songs like “Cloud Heads” and “The Collector and His Construct” are more than enough to keep someone there.

One Response to “…AND OCEANS: “AS IN GARDENS, SO IN TOMBS””