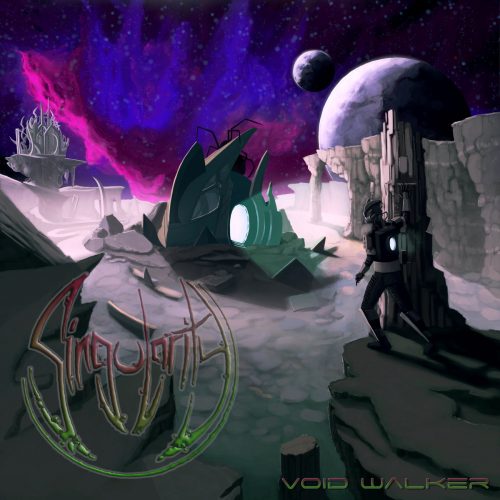 By now you should be at least peripherally aware of Singularity, Arizona’s leading purveyors of Blackened Tech-Death, as we (and by “we”, I am mainly referring to regular contributor Austin Weber) have covered them several times before, most recently when premiering the band’s lyric video for “The Refusal”, the second track on their just-released new EP Void Walker.

Now I’ll admit up front that I was never quite as taken by the group’s debut (self-titled) album as some of our other writers and readers. It definitely had its fair share of stand-out moments, that’s for sure, but the band’s slightly scatterbrained, “kitchen-sink” approach to songwriting often left a fair bit to be desired in my opinion. And the less said about the perplexingly flat and affectless clean vocals the better…

Still, although the quartet didn’t quite manage to sustain the highest level of quality (in my opinion anyway) for the entire 51:30 run-time of their debut, the more restrictive confines of the EP format seem to have put the spurs to their creative juices, as (mixed metaphors aside) Void Walker is by some margin the best thing they’ve put their name to. 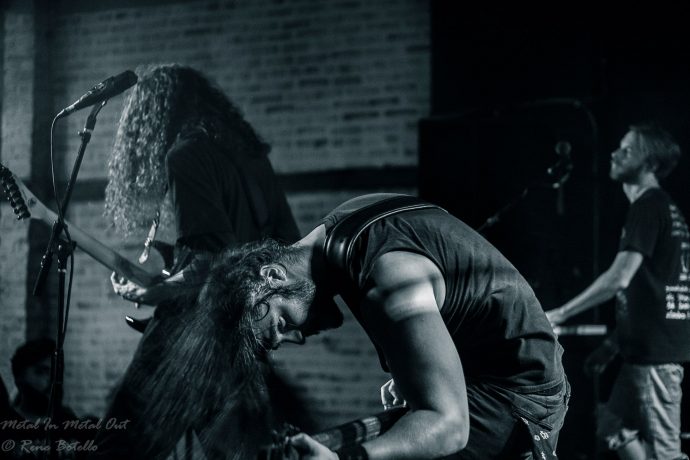 With only four tracks (one of which, I’ll admit, is a slightly superfluous instrumental interlude), the band have really been forced to hone their sound down to its most vital and viscerally important elements. And even though none of the three “full” tracks which make up the EP is under six and a half minutes, not a single second feels excessive or superfluous. Intros and outros are just the right length. Riffs flicker in and out of the void at just the right moment, and for just the right amount of time. Splashes of symphonic bluster and blackened gloom provide just the right amount of colour and contrast. And the songs in general, from the composition and structure to their general atmosphere and delivery, just feel tighter and sharper than ever.

And, speaking of symphonic elements, there’s a simple pleasure to be had in noting that their use across the length and breadth of Void Walker manages to be prominent but not, as is the case with so many artists these days, overwhelmingly so. They accentuate, rather than dominate, the metallic verve and venom of the tracks, playing more of a supporting rather than a lead role – but are no less important in the final mix for doing so.

When all is said and done Void Walker just feels like a more concentrated and refined version of the band Singularity so clearly wanted to be on their debut, but which they didn’t quite have the right tools or experience to make into a reality. And nowhere is this more evident than in their overall songwriting style, which – while just as frenetic and energetic as ever – comes across as much more mature and balanced, rejecting the “all things to all people, all the time” approach of their self-titled in favour of a more precise, and more punishing, application of their (now) perfectly proportioned blackened Tech Death assault.

Fans of The Faceless, early Abigail Williams, and Swedish techtagonists Soreption would do well to check this one out ASAP.