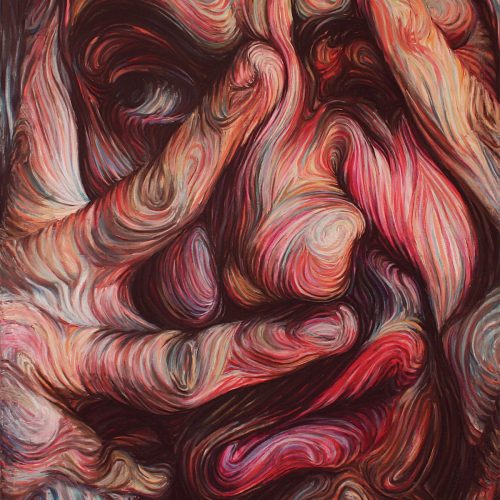 We have some history with this band from Greece, Tardive Dyskinesia, whose name sent me off googling its meaning after the first song I heard from the band turned me goggle-eyed. That was in December 2009, only one month after we launched this site. I had just discovered the band’s second album, The Sea of See Through Skins, based on a review in DECIBEL magazine which proclaimed, “There hasn’t been a group of this caliber from Hellas since Septicflesh reemerged in 2008 with the ruling Communion album.”

That first post I wrote about the band (here), which included what I found from my google searches about the origin of their name, has been followed by many others. The years have passed, and the fortunes of Tardive Dyskinesia have risen, with appearances at such festivals as Euroblast and the UK Tech-Metal Fest and praise from the likes of George Kollias (Nile), Jocham Jacobs (ex-Textures), and Kelly Shaefer (Atheist). Along the way, they’ve released a third album (2012’s Static Apathy in Fast Forward), and now they’re on the verge of releasing a fourth — Harmonic Confusion — which we’re giving you the chance to hear in its entirety in advance of its official September 9 release by Playfalse Records. 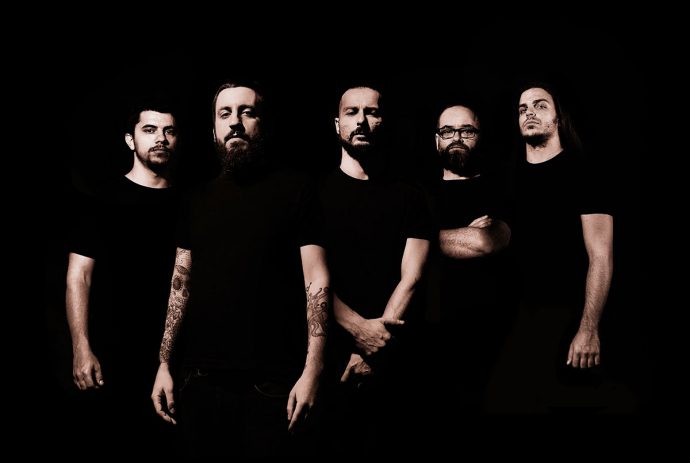 Over the years, Tardive Dyskinesia’s sound has evolved, but they have remained true to certain core elements — and you get an immediate taste of those in the opening instrumental track of this new album, “Insertion”, amplified even further in the first full song “Fire Red Glass Heart”: instrumental complexity; polyrhythmic interplay; an affinity for interweaving head-hammering grooves and gliding melodies. The music is the kind of melding of progressive and technical metal that should appeal to fans of such bands as Meshuggah, The Ocean, and Intronaut.

There is more clean singing in the songs than there used to be in the early days, but it suits the band’s display of contrasts within the songs — the movements from head-spinning guitar pyrotechnics and acrobatic, neck-cracking rhythms to soaring melodies that make the songs memorable. And on the other side of those contrasts, the vocals still also feature blasts of harsh howling and shrieking, with teeth bared, going for the jugular.

Harmonic Confusion is an engrossing and breathless ride, a roller-coaster that vaults high and dives low, jolting and veering along an unpredictable path high above solid ground. At times this hurtling machine seems to leave the rails altogether and soar into the clouds, providing glimpses of panoramic beauty, only to hit the rails again hard and take a sharp twist that turns you upside down.

(It’s also worth mentioning that however common it may be in albums for instrumental openers and closers to be forgettable add-ons, the two in this album are very fine — so don’t skip them.)

In my case, listening to the album is like reconnecting with an old friend I haven’t seen in a while. But even if you’ve never encountered Tardive Dyskinesia before, I hope you’ll find this encounter to be as welcome as I have.

Three years in the making, Harmonic Confusion was recorded from June to October of 2015. The album was mixed and engineered by Steve Lado, with co-engineering by Fotis Benardo. It was mastered by the masterful Jens Bogren at Fascination Street Studios in Sweden. Pre-order the album here: