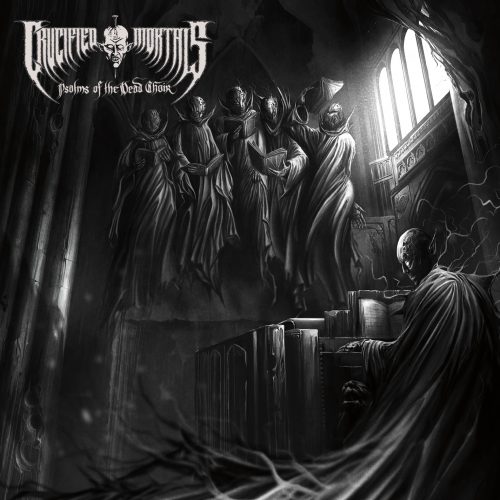 Cleveland’s Crucified Mortals have been reaping souls in the underground for 15 years, with a long string of short releases eventually leading to their self-titled debut album in 2011. More hellish splits and a single followed that full-length, and now the band’s second album is ready for discharge. Fittingly entitled Psalms of the Dead Choir, it will be released by Hells Headbangers on October 28, and today we have for you the premiere of a song called “Traitor“.

One song from the album (“Behind the Lurid Mask”) has been previously released, and we were given our choice about what to divulge next. That was not an easy decision, because for an album steadfastly devoted to death/thrash each song incorporates different ideas and sounds, and that makes the entire album-run a trip that doesn’t wear out its welcome. You’ll find impressive technical intricacy in this album, and rhythmic and chord progressions that often don’t follow a predictable path — even though the ultimate destination is still a flaming hell on earth. “Traitor“, however, got stuck in my head for several reasons. 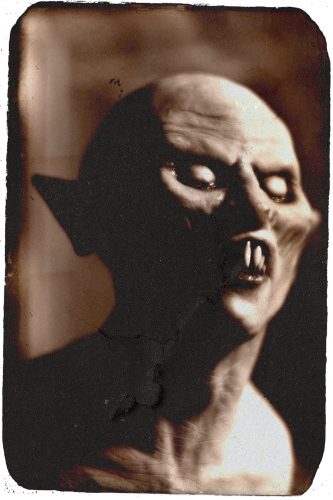 Like the rest of the album, the core duo behind the song is the band’s founder, Reaper, who handles vocals, guitars, and bass, and drummer Ash Thomas (Shed the Skin, Vladimirs, Faithxtractor), who has been part of the band for the last five years. Reaper’s raw, throaty, meat-eating vocals are both decipherable and tyrannical, and they inject a lot of predatory energy into all the songs, including this one (where they’re combined with some fiendish growls and shrieks). He cooks up some absolutely ripping riffs, too, and they hit you front and center on “Traitor”, with Thomas‘ dextrous drumming driving like pistons beneath them.

But one other standout feature of this song is the soloing. I was expecting something blisteringly fast and searing from start to finish, but it’s more interesting than that — and I’ll leave you to discover what I mean. Credit Sauron’s Lore Lord for the solo contribution on this and other songs.

To order Psalms of the Dead Choir, go to one of the following two locations (and stick around for both a video trailer for the album and a stream of “Behind the Lurid Mask” right below our song premiere):

One Response to “AN NCS PREMIERE: CRUCIFIED MORTALS — “TRAITOR””