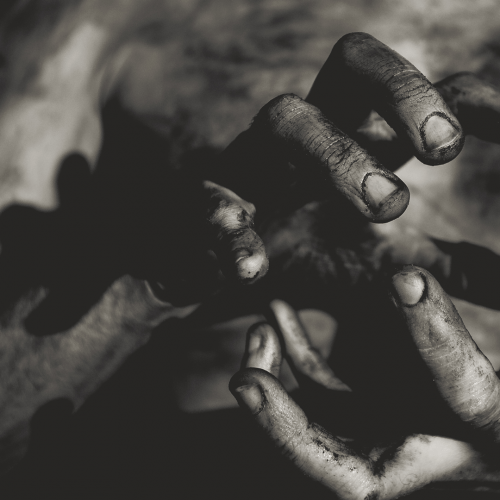 So this is the point where I would usually say something about how great the last few years have been in terms of Australia’s Metal exports, coupled with some tongue-in-cheek reference to the country’s proclivity for producing some of the world’s most vicious and venomous creatures… the Box Jellyfish, the Eastern Brown Snake, Mel Gibson… ok, I know that last one’s originally from America, but cut me some slack ok? It’s hard to be funny when you’ve just had your eardrums pummelled and your soul scalded by an album like Failure, Subside. 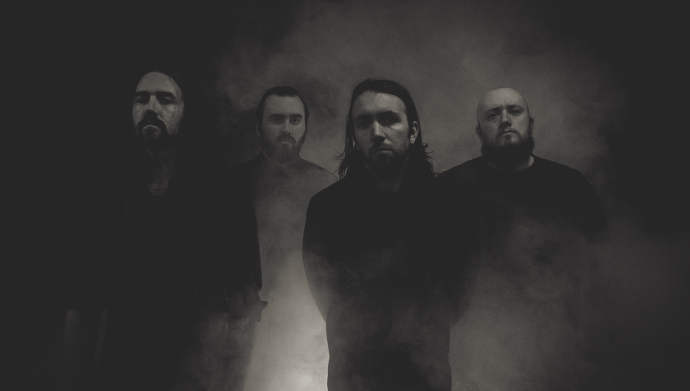 The debut full-length from Hobartian destroyers Départe is an ugly and amorphous beast, make no mistake about it, and one whose suppurating tendrils slither across the boundaries between genres and styles in a manner which resists easy categorisation.

Although founded in the acidic mire of Black Metal, the band’s sound also incorporates vast swathes of deathly dissonance, morbid Doom, and gasping, minimalist ambience, all combined into seven heaving, harrowing tracks whose primary touching points, for the uninitiated listener at least, are bands like Ulcerate, Dragged Into Sunlight, and the much-missed Altar of Plagues.

In particular, the more glassily calm moments which afflict songs like “Wither” and blast-tormented finale “Ruin” strongly recall the shifting tempests and temperaments of White Tomb, moments where the chaos and confusion seems to stand still, broken only by the slow pulsing of your blood and the ragged gasping of your breath.

On the flip-side of this, of course, the feverish intensity which characterises the opening of “Grief Echoes” is a skin-shredding blast of fracture and failure, while the malevolent “Vessels” (perhaps the album’s stand-out track) slinks and slithers between passages of lurching, death-like brutality and creeping, cadaverous Black Metal chords, all the while building an atmosphere of dreadful majesty.

Of course the relative simplicity of these sorts of comparisons fails to do true justice to the harsh nature and suffocating fullness of the band’s own sound, a sound so relentlessly and unremmitingly bleak that even the tiniest touches of lambent melody on offer (whether from the ringing strings or the deft and delicate use of clean vocals at key points) provide barely even the slightest reprieve from the oppressive pall of gloom and futility which shrouds each and every track.

With its melding of grim, grey-soaked beauty, brooding atmosphere, and raging, blood-stained catharsis, there’s every chance that Failure, Subside will find itself topping a number of “Best of 2016” lists come the year’s end. And deservedly so, as it’s a true monster of an album. And an all too human monster at that.

The album will be released by Season of Mist on October 14. Four songs from it have been released so far, three of which can be heard below. The other one is exclusively streaming elsewhere and can be found through this link: