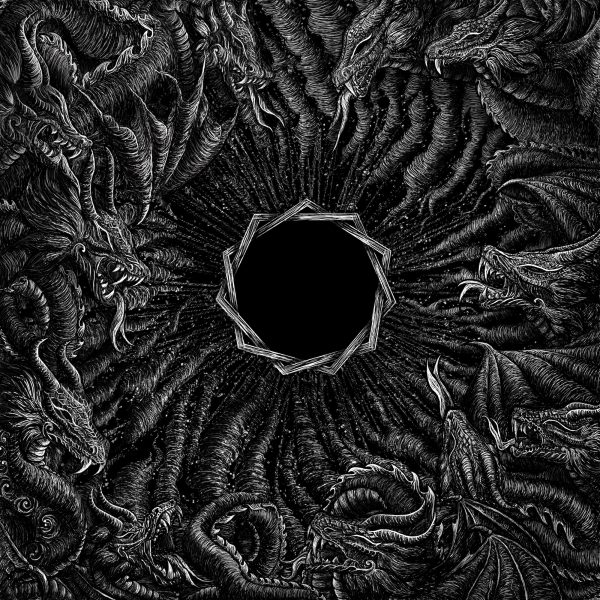 Almost four years have passed since the release of Sunyata, the second album by the Greek black metal band Acrimonious. That album was my own introduction to the band, and also one of my favorite releases of 2012. And so it was a very welcome surprise to find out yesterday that Acrimonious will be releasing a new album, the name of which is Eleven Dragons. As you can see, it features striking cover art by Vamperess Imperium.

For those new to this band, its members include names that mean more to me now than four years ago, when I was less familiar with their work in other groups. The line-up consists of the the visionary Semjaza (of Thy Darkened Shade) on guitars and bass, as well as vocalist/guitarist Cain Letifer (Serpent Noir) and drummer C. Docre, both of whom were once in Acherontas and have been live performers with both Thy Darkened Shade and Nightbringer.

The first single from the album, “The Northern Portal“, was released just within the last two hours. Launched at a racing pace right from the start and fueled by an immediately magnetic riff and an equally gripping, bubbling bass line, the song is vibrant and fiery — the kind of music that swells the heart even as it rips with a fury. And speaking of fury, the song eventually ignites in a conflagration of seething riffs and blasting percussion, only then to segue into yet further bounding and barbarous variations, becoming even more dark and predatory by the end. The vocals are also a match for the boiling intensity of the music, ranging dynamically through savage growls and lung-bursting cries to make this electrifying song even more intense.

In this new album, we clearly have something very welcome ahead of us, hopefully in the remaining months of this year. I don’t yet have details about the album’s release date, but will update this post when I do.

For the second day in a row I’m now writing about a discovery from New Zealand — for which I owe thanks to Craig Hayes of Six Noises for the recommendation. This particular band is named MetalTower, and their new album Myopic Dystopia (which features cover art by Flynn Fredriksson) will be released later this year. What you’ll hear below is the first advance track, “Decisions”.

When I first heard it, this song grew on me tremendously as it progressed — because as it progresses it becomes more and more mind-bending. The technical proficiency of the performers is plainly very impressive, but the inventiveness with which they’ve deployed their talents is just as impressive, creating a death metal fireworks display that explodes one eye-popping spectacle after another without ever losing cohesiveness, segmented by astute breaks in the brake-neck pace that will keep listeners on their toes. A huge and vibrantly dynamic surprise out of left field (or down under, as the case may be)!

P.S. You will be seeing more about MetalTower and Myopic Dystopia on our site in the future. 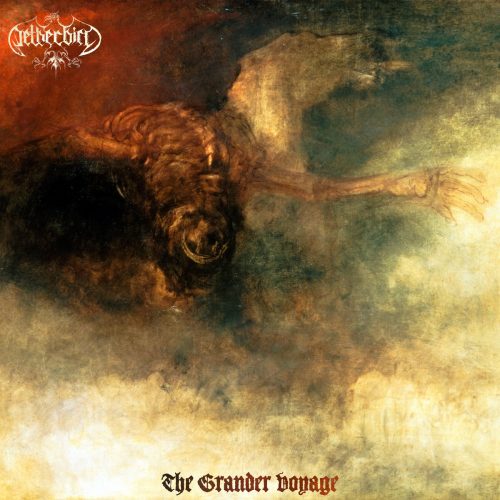 To drop Andy Synn’s name again, at the risk of swelling his head even further, he wrote these words in our review of the last album by Sweden’s Netherbird, 2013’s The Ferocious Tides of Fate:

“Mixing primal intensity, gloomy melancholy, and spiteful savagery, The Ferocious Tides of Fate finds the Swedish quintet reining in the symphonic aspects of their sound, without losing their grasp for haunting harmony and cold, majestic melody…. An elemental expression of passion and pain, captured in thrilling microcosm.”

As you have undoubtedly guessed, Netherbird have a new album headed our way. Entitled The Grander Voyage, it will be released by Black Lodge Records on September 30. A few days ago we got a lyric video created by Tobias Rydsheim for a wonderful song called “Pillars of the Sky”.

The video is a beautiful thing to watch, and the music is even more enthralling. The harsh, rasping tone of the impassioned vocals, even when the lyrics are being whispered, keeps a sharp edge on the music, which brings out the knives in other ways as well. But the true strength of the song is in the sublime sorrowfulness of the melodies, from the beautiful acoustic introduction straight into the swelling, pulse-pounding main body of the track, and the completely gripping way in which it changes as it moves forward. It has the feel of an epic saga… and the lyrics are very fine as well.

A second album track named “Windwards” was released in July. It’s also great, and I’m including that stream below as well.

The Grander Voyage can be pre-ordered at the following locations:

To conclude this collection, I have a late-breaking video from one of our site’s persistent favorites, the Minnesota-based Amiensus. The video integrates live performance footage with “What Words Create”, one of the tremendous tracks off the band’s 2015 album Ascension (reviewed here). The performance was captured by Trevor Sweeney Media at the Warhouse in La Crosse, Wisconsin, on September 12, 2016, during the band’s recently completed tour with Pangaea.

To borrow a few of the words I wrote when we premiered this very track last year, “It’s a dynamic, multifaceted song — dramatic, atmospheric, sweepingly melodic, and also charged with hard-driving energy. And it gets stuck in your head very quickly.” And now those of us who weren’t within striking distance of the tour stops can get a look at Amiensus on stage.