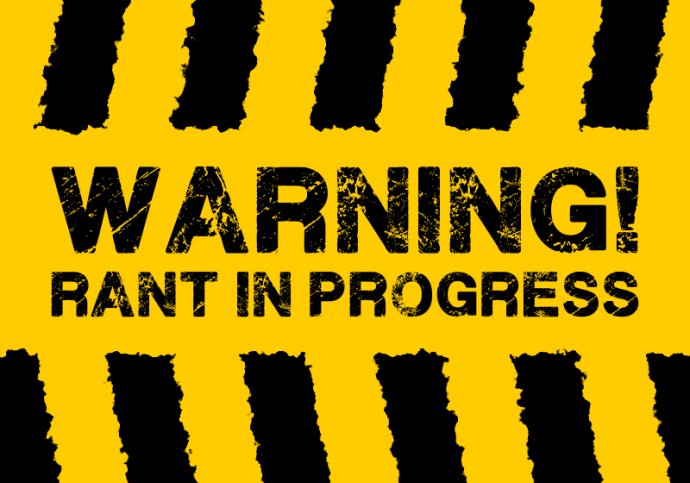 (Please note – the following rant is very much tongue-in-cheek and not intended as a piece of serious critical writing. No-one is going to actually stop you using these words. That being said, there’s possibly a kernel of truth or two in here somewhere…)

Ladies and gentlemen and smizmars… let’s try a little experiment shall we?

What I’m suggesting is that we – as writers, as fans, as commenters – agree to a moratorium (i.e., a temporary prohibition or embargo) on the use of certain words and phrases which have, to my mind, been roundly and seriously abused, over-used, and thoroughly bastardised in recent years.

Can we do it? I don’t know. What will happen? I don’t know either… but it might be interesting to see what comes from removing (albeit, only temporarily) certain “go to” words from our lexicon.

Plus, let’s face it, I’m sure some of you are just as sick of some of these words being misused, misapplied, and lazily attributed where they don’t belong! 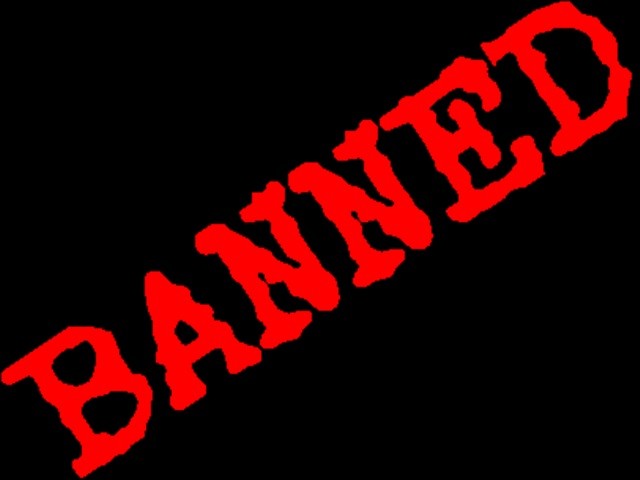 This one pops up all the frakkin’ time, and it’s just lazy. Really, really lazy. In fact it’s become so diluted and devalued that when I get a PR blurb talking about a certain song as an “anthem” my brain immediately autocorrects this to “song with the most generic-sounding chorus and widely-appealing/non-specific angsty lyrics”.

You know the type. The ones about not being “held down/held back” by “them”. The ones about “standing up” or “standing your ground” or “not backing down”. Or perhaps about some generic, but never specifically described form of “pain” or “loss”. Because that’s something we can all relate to, right?

Well, yes… but it’s a cheap and tawdry way of attempting to create a false sense of connection with the listener, and I for one won’t stand for it any more.

It seems to me like these days most so-called “anthems” are just a blank canvas for anyone to ascribe their own meaning to… and hence the word itself is practically meaningless.

Just because you own a Black Metal album or two. Just because your guitarist wore a Marduk shirt in that one photoshoot… doesn’t make you “Blackened”.

I don’t want to be Mr. Elitist about this (since I’m neither trve, tr00, nor kvlt), but ever since the term “Black Metal” was appropriated as an artificial shortcut to critical credibility (don’t worry, I’ll be writing something about THAT particular phenomenon very soon too) I’ve seen a massive uptick in the number of bands describing their genre as “Blackened [x]”, when the music barely even plays lip service to the actual sound and style of Black Metal.

Note, however, I’m not going to embargo the use of “blackened” with a small “b” as a general descriptive word, since I do still find it useful to describe the feel or tone of certain sections of certain songs… it’s just big-B “Blackened” that is now officially prohibited, pending further review.

No more…. no more of this. No more being “post-something” as part of a pretentious and ultimately meaningless display of style over substance.

Not that I’m against the idea of “Post-Rock”, “Post-Metal”, or “Post Black Metal”, and their ilk being used as serious genre terms (though I’m drawing the line at “Post Tech Death”). But the prefix “Post“ has long-since turned into a lazy fall-back primarily used by bands or journalists vainly trying to grasp at some sort of vague profundity or sense of superiority.

Possession of a bunch of delay pedals and the entire Oceansize back-catalogue doesn’t make you “Post-“ anything. And, from now on, the misuse of that word is going to be punished by a fine of $250, plus a night in the stocks.

First of all… what the knick-knack-paddy-whack does that even mean? “Modern” Metal? Surely all the styles which have developed in the last ten or so years (at least) are examples of “Modern” Metal? And don’t even get me started on the idiocy of using a term to describe something which, by the simple nature of time itself, will eventually NOT BE MODERN ANYMORE!!!

Anyway, if you think about it, we all know what sorts of bands get tagged with the term “Modern Metal”. Bands with no real defining features. Bands with no teeth and no balls. The bands with all the sharp edges sanded down to a sleek, neutered smoothness. The bands who are so inoffensively bland and featureless that they can’t even be said to belong to any particular style of Metal. The ones who try and be a little bit of everything, for everyone, and end up as a whole lot of nothing.

(Also – the first person to try and coin the term “Post-Modern Metal” is going to get thrown into the sun.)

Seriously guys, you’re all now officially banned from using the word “Progressive” to describe your music. I know, I know… this will undoubtedly hurt some people who don’t deserve it, but… I’m just done with every bunch of jamokes who know how to play a simple polyrhythm calling themselves something like “Progressive Groove Metal”, when what they really mean is “Generic Djent” (which could also be translated as “MOR Metalcore with more strings and an off-the-shelf guitar tone”).

Come on people… we can do better than this. We can be better than this. Not every band has to be “Progressive”. And being “Progressive” isn’t always a good thing. Particularly when it’s just being used as short-hand for “blandly inoffensive clean vocals over toothless riffs written in a vaguely funny time signature”.

Ok, maybe not a complete ban, but could people please maybe take a few more moments to think about what this term means, and where it comes from, before randomly nailing it to every band out there who might have at one point listened to an At The Gates album?

Seriously, I get the people don’t want to be called “Metalcore” these days. And I get that some writers (myself included) don’t necessarily always want to call a band “Metalcore” in case it’s perceived as an insult, or puts people off listening to them… but sometimes you just have to call them like you see them.

And I for one am sick to the back teeth of reading things like “this band truly embodies the spirit of the Swedish Melodic Death Metal scene” only to then find myself afflicted by music that sounds like a bored Machine Head covers band playing through a bunch of worn-out, eleventh-generation In Flames riffs and lifeless, shoehorned clean choruses with all the verve and vitality (not to mention complete lack of self-awareness) of a toddler who’s missed their nap time.

So come on now everyone, what words would you happily see banned from the Metal lexicon for the foreseeable future?

72 Responses to “A METAL MORATORIUM”