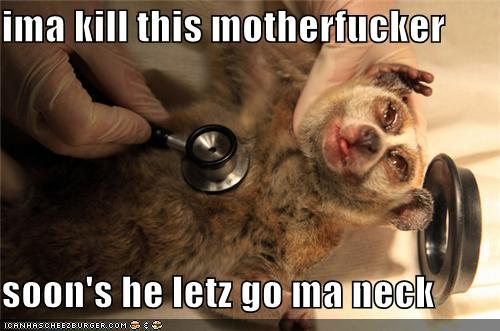 It don’t take much to get us sidetracked here at NCS. As you know, we’ve got the attention spans of sand fleas on a crowded beach. Case in point:

We wuz crankin away, tryin to get an album review finished, and made the mistake of using lolcat-speak on a post about how you can upload your own image to use with comments on this site. That prompted our buddy Phro to make an lolcat-style caption for a band photo we ran recently in another post. And it prompted ElvisShotJFK to suggest that lollorises would be more NCS-friendly than lolcatz. (That may be a cryptic reference to some of you, so you can go here if you want to see where it came from.)

Anyway, those comments made the dim lightbulbs in our heads flare briefly, and we put aside the album review and got to work on those ideas. Actually, we only got to work on one of them, and for the other, we talked Phro into doing all the work. He created captions for a batch of band photos, most of which we’d run in recent NCS features (except a scary one of Suffocation’s Frank Mullen with a shotgun), and sent us the links for his creations. And we used lolcat-builder to create captions for some loris photos, like the one up above. 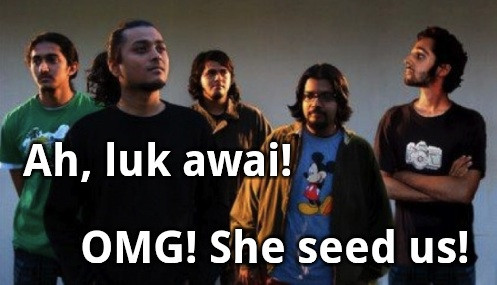 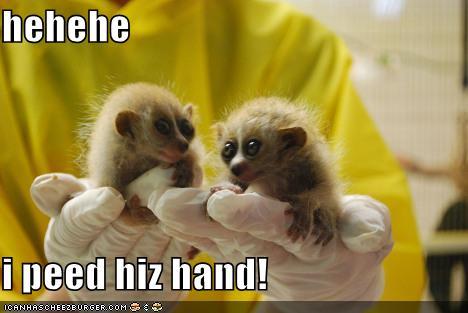 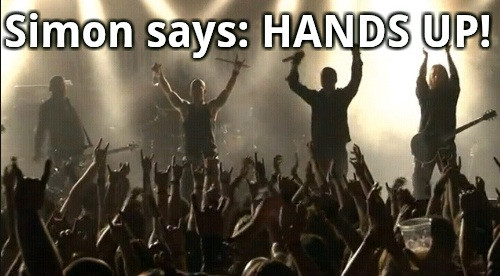 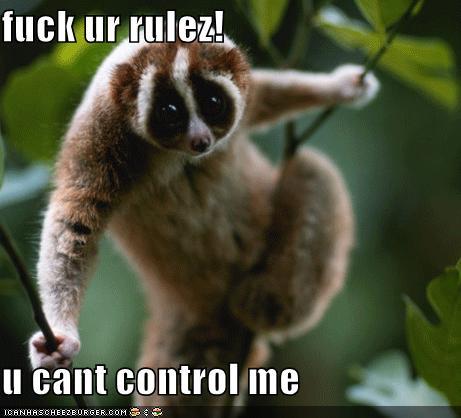 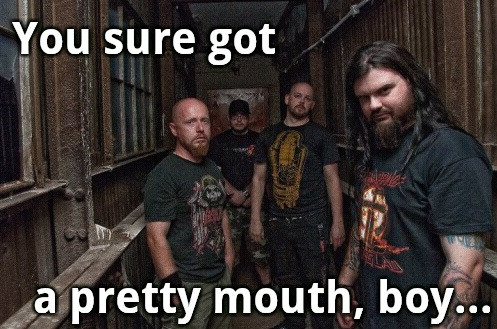 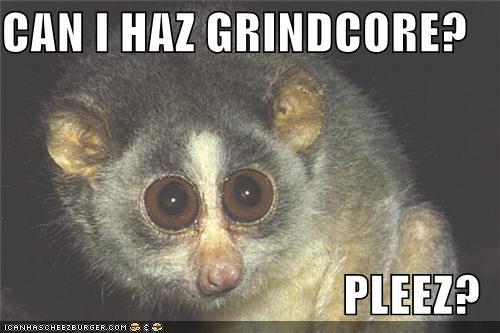 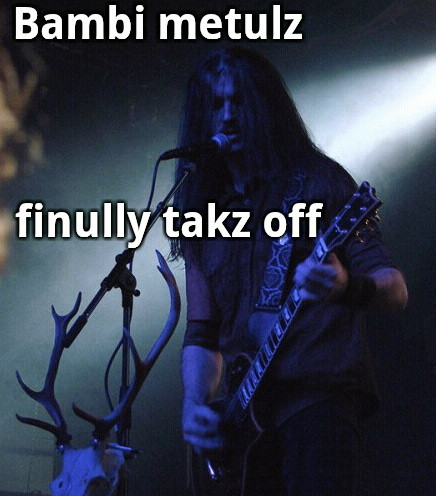 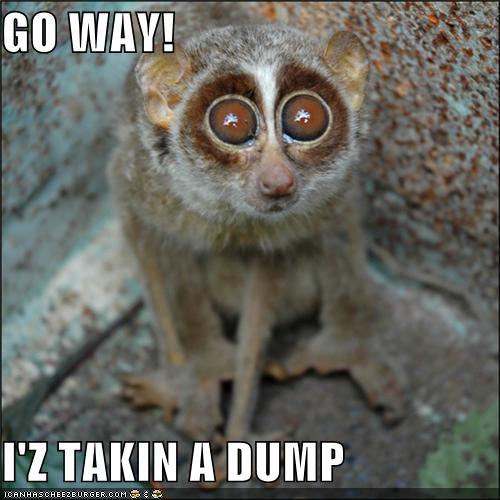 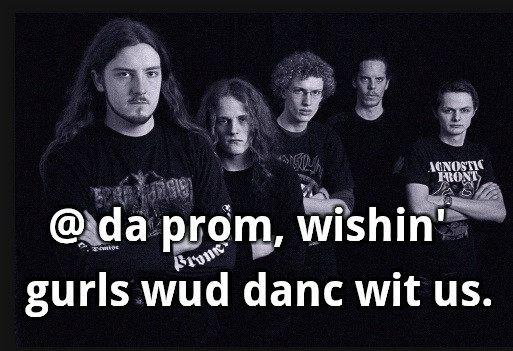 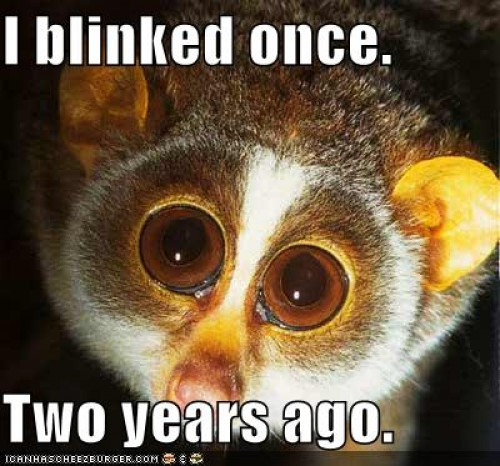 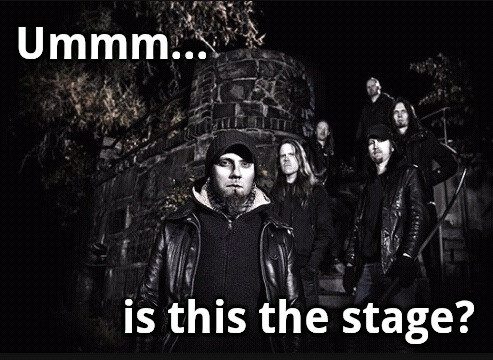 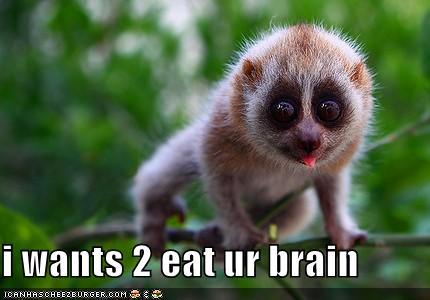 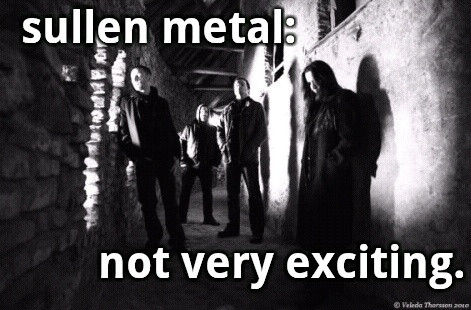 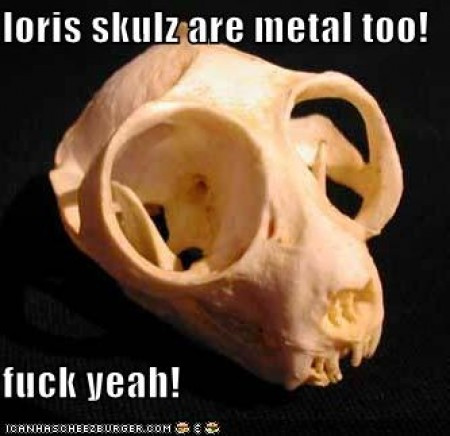 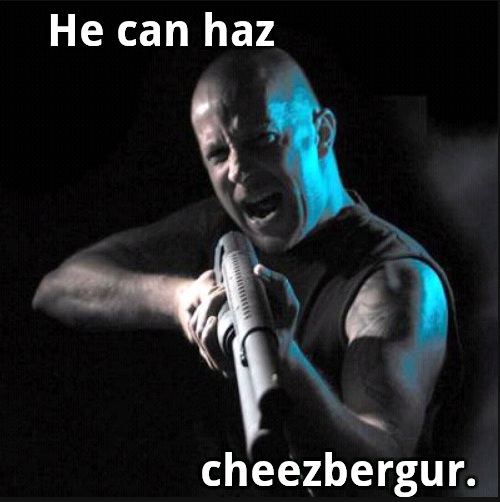 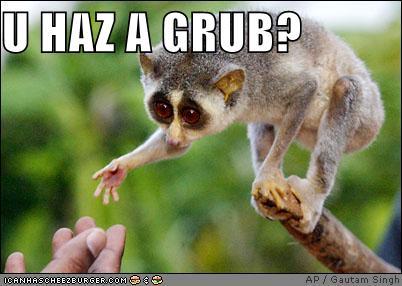 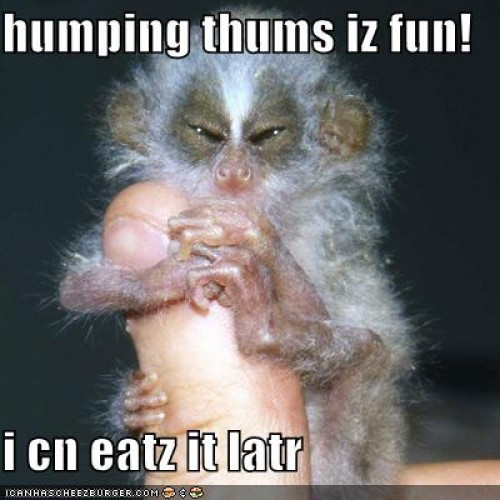