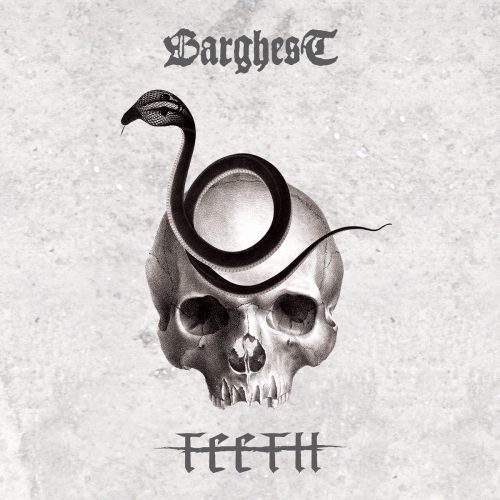 This is a split that captures two different shades of metal. They are both dark.

The first side of this cassette release showcases Baton Rogue’s Barghest, who are just as feral as in their earlier releases, but this time around the buzz-saw of rapid fire guitar you face is smoothed out by the more cavernous production, giving them the needed ambience for me to fully digest their sonic venom. 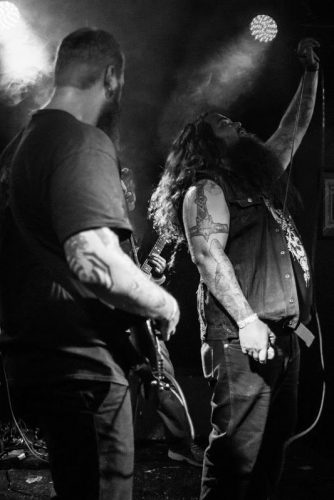 Their take on black metal is still very punishing even with the added ambience. On “Born of Tooth and Talon”, there is still the sense these guys grew up listening to Discharge rather than Iron Maiden. The rumble of the manic barrage is more focused, showing their maturation as a band.

They confront the problem that faces many “raw black metal” bands trying to keep it “cvlt as fuck” who remain stuck in 1991, when truth be told, most of them were listening to Pantera in ‘91 with little clue who was burning churches where, unless they even caught the glimpses through the British Metal press. The only time I want to hear that blast-beat from the past is when I go back to listen to Soulside Journey.

But Barghest don’t pander to the genre’s history and are not a Darkthrone or Mayhem cover band in wolve’s clothing. They do capture a similar drone that recalls that classic era in the second wave of black metal, but this comes about in an uncontrived, organic fashion. You only hear who they are, rather than who they want to be.

Tempestuous fury and speed is their calling card, but “Sterile Initiates” reins the band in with more of a hammering gallop than a flood of tremolo-picked guitar. Midway into the song a guitar melody rises from the angry blur to catch my ear.

“The Nameless Tongue” is one of their strongest offerings, with a grisly heartbeat that pulses with bile, as it carries a dark underbelly of melody when the attack slows with a more deliberate pulse to the undulation. 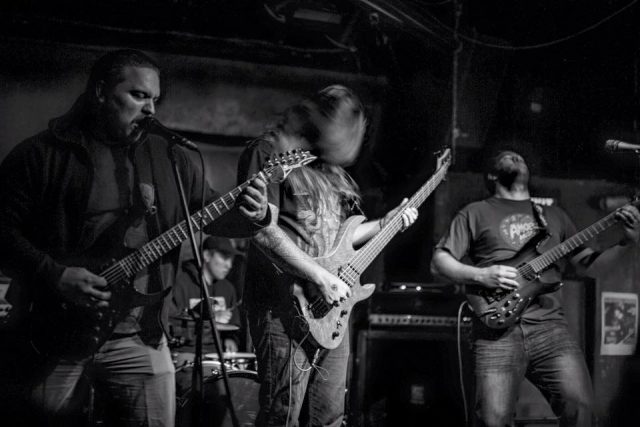 The California band Teeth occupies the b-side of this tape release with a very interesting take on death metal. Their side of this split is one twenty-three-minute song that takes you into the sewers of hell and chokes you with demon feces.

The somewhat muffled growl of the vocals is a rough, choked roar, vomited out by a forceful spasm of the diaphragm.This band greatly and dynamically contrast with Barghest, by being unafraid to take things down into droney clean-tone guitars. This grants them tasteful introspection rather than the normally monochrome aggression that most death metal bands come at you with. The thick atmosphere floats you out toward the horizon, and makes the battering ram blasts a more brutal contrast.

Teeth are often torn between finding that sweet spot of sonic heaviness and lashing out in a more traditional death metal manner. The song’s ebb and flow will not find fans of death metal wishing that these guys were any heavier than what they bludgeon you with here. There are some trickier technical punches, and the band show the ability to lock into some very powerful grooves. Teeth’s contribution finds common ground with bands like Ulcerate.

This one ships on October 6th and is limited to only 150 copies, so get your pre-order in now.