Don’t you just hate it when someone steals your thunder? Case in point, I’ve been jamming We Had It Coming, the second album by Polish brutalisers Dormant Ordeal, for a good while now, waiting for the right time and the right opportunity to write about it, only for the ne’er do wells at Invisible Oranges to sneak in and feature the album at the top of their most recent From The Bandcamp Vaults column. The blaggards.

Still, I suppose it actually might save me some time and effort in the long run, as their write-up – particularly the phrase “influenced by fellow Polish legends Decapitated with a touch of Ulcerate” – is pretty much entirely on point, and I’m not sure exactly what else I can add.

But, then again, there’s every chance that many of our readers won’t also be IO readers, and I do so love to pontificate about albums that I love… 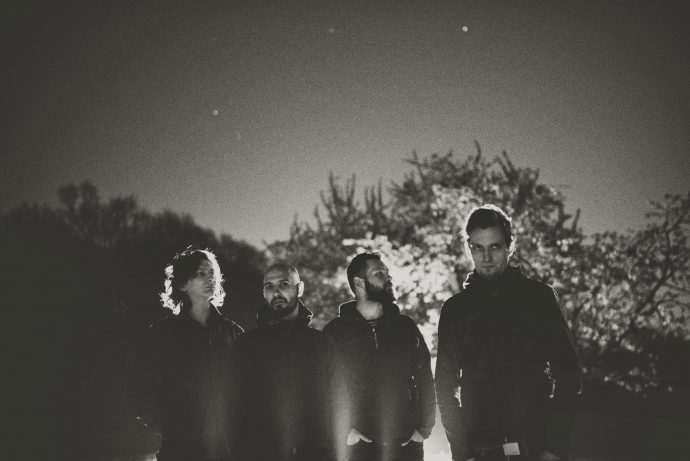 First off, let’s quickly talk about that artwork, shall we? Produced by the talented Paul Sokólski, the album cover to We Had It Coming did exactly what an album cover is supposed to do – it immediately caught my eye, punched its way into my brain, and left me feeling compelled to find out more about this band. Consider your money well earned Mr. Sokólski.

Secondly, let’s talk about the big headless elephant in the room. You see, it would be a stupid or disingenuous man who would deny the obvious similarities between Dormant Ordeal and their countrymen in Decapitated circa-The Negation/Organic Hallucinosis. The angle-grinder riffing, the cataclysmic drum work, the breakneck technicality… it all recalls the pneumatic lunacy of Vogg and his villainous cohorts, accentuated here and there by subtle splashes of grim, Ulceratory dissonance and bleak pseudo-melody.

So far, so derivative, right? But somehow the Kraków-based quartet make it work for them, sidestepping these accusations with the grace of an armoured ballet dancer to make every track their own. They blast and burn, twist and turn, grimace and gurn, with such furious enthusiasm and fearsomely infectious ferocity that you can’t help but be dragged along for the ride.

And oh, what a ride, what a rush! You can mark this one down as one of my favourite discoveries of the year, no doubt about it.

9 Responses to “DORMANT ORDEAL: “WE HAD IT COMING””