(DGR reviews the new album by Spain’s Noctem, which was released on September 30 by Art Gates Records and Prosthetic Records.)

Spain’s Noctem have kept themselves to a pretty tight every-two-years-put-out-a-new-album schedule, something made more impressive by the fact that the group have had some pretty consistent — though small — lineup shifts in between each album. In the case of Noctem’s new disc, that isn’t the case anymore, as the band’s current lineup features three new members, with the change made official in 2015.

Noctem are one of those groups who have drastically refined their sound with each release, as they trim whatever fat they find, or make a shift in sound. In the case of the group’s 2014 release Exilium, Noctem wound up a fairly sleek, blackened death metal band with a penchant for going at hyper-speed for most of the album; they sounded like a hyperbasting death metal band with just a slight bit of recent-era Kataklysm guitar shred tossed into it. The songs were of the shock-and-awe-assault type: no time to build, just starting at a million miles an hour and accelerating from there. Whatever wasn’t destroyed by the initial blast still had to weather three-plus minutes of the band roaring at you.

Haeresis is Noctem’s fourth full-length disc and it stays pretty close to its siblings Divinity, Oblivion, and Exilium in terms of run time at about ten songs and forty-five minutes in length. Barring Oblivion, which is an outlier with a last track running thirteen minutes long, Noctem have at this point found a pretty concrete formula in terms of just how many songs they want and how long an album needs to be. They’ve found that a sleek forty-some-odd minutes tends to work for them, and with Haeresis, the band do that without any instrumentals in the mix, meaning that all ten songs on Haeresis are Noctem at their most vicious. 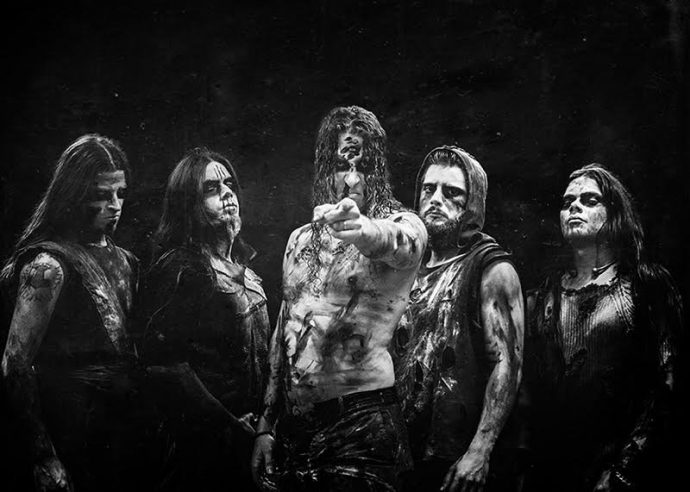 Since Haeresis skews closely to its siblings, opening song “Through The Black Temples Of Disaster” (quick note: save for three tracks, most of the song titles on Haeresis are a mouthful this go ‘round) wastes absolutely no time in starting. You press ‘play’ and the song unleashes everything it has in its opening minutes. All-out bevy of blasting drums? Check. Quick-moving guitar sections, including buzzing and angry lead riff? Check. Backing choir stings for the opening measures of the song to make things seem grand? Check. Noctem start Haeresis big this time, and frankly, don’t let off of that mood for much of the disc.

The first moments of Haeresis are vocalist Beleth snarling hellfire and brimstone, and the rest of the disc is a forty-five minute show on how to keep contorting that mood. Because of this, Haeresis is actually a bit more “black metal” than Exilium was. Exilium leaned more toward the death metal part of Noctem’s genre descriptor, and Haeresis launches itself headlong into the burning realms of the blackened, high shrieks and quick-moving songs included. The one thing in common between the two discs is that the band’s production work keeps the group sounding clear as ever — which means every note gets its chance to stab at your eardrums.

Many of the songs on Haeresis are actually of a similar vein to “Through The Black Temples Of Disaster”. As an opener, it sets a pretty strong precedent for what the rest of the album is going to be like, and in Haeresis’ case it results in Noctem basically going the Anaal Nathrakh method of spending much of the album cranking everything to the maximum and going from there. Track five, the succinctly titled “The Dark One”, for instance, has one brief moment of peace but is otherwise a constant barrage from front-to-back, driven by fast-moving guitars and inhuman drumming. The note progression is almost thrash-worthy, and “The Dark One” benefits because of it. Despite its speed, you still manage to grasp onto it quickly and spend the rest of the time headbanging.

Title track “Haeresis” feels like “The Dark One’s” twin in its opening minutes, albeit with a higher vocal approach and even less tolerance for slowing things down. It becomes evident when listening to the song why the band would’ve named the disc after it; if “Through The Black Temples” is the opening salvo to describe to listeners what the disc will be like, “Haeresis” is every element present crammed into three minutes and thirty seconds. The combo of “The Dark One” and “Haeresis” on its own makes for one hell of a listening session.

A song like “The Paths Of The Lustful Abandon” is actually an outlier since it’s one of the few slower, mid-tempo tracks on Haeresis. It goes more for the slow-rolling suffocation than the all-out assault of, well, just about every other song on Haeresis. “Paths” also brings back the large choir stings that initially made themselves apparent in the opening moments of the album, this time in service of the chorus of the song. Of course, “Paths” has its fair share of snare-drum assaulting. 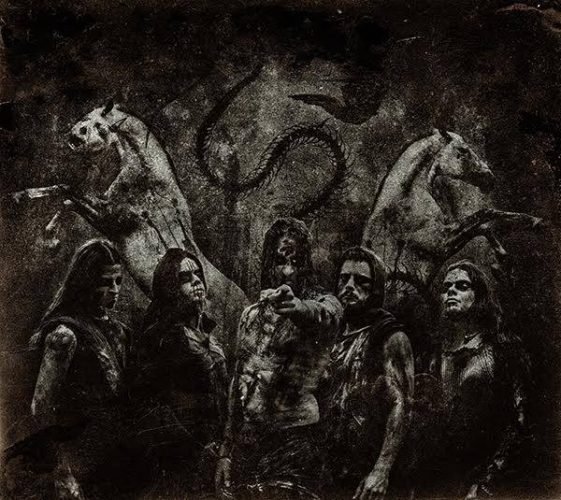 Basically, if you had previously developed a taste for when Noctem go fast then Haeresis is the perfect album for you. It’s the bands most forthright assault to date and has them going for the blackened death metal blast assault every chance they get. Many of the songs begin fast and stay there for the entirety of their runtime, keeping the adrenaline high and the wall-of-fire-via-audio approach cranked to the loudest they could get it. The few moments of “calm” are in the song openers, including the extended one in the closing track “Pactum With The Indomitable Darkness” — which is a little bit more “classic” Noctem than most of Haeresis, when they favored acoustic openings to build into the songs rather than launching everything via Gauss Rifle from moment one. “Pactum” is of course a monstrous song because that moment of peace finds itself absolutely annihilated by the rest of the track. In fact, when it even threatens to close on some quieter notes, the band spend the last thirty seconds basically piston driving that bit into the dirt, closing Haeresis on a whirlwind of sound.

As mentioned at the outset, Noctem are the sort of band who quickly shed elements that aren’t working for them, and over the course of their career have shifted from a fairly large wall-of-sound-prone death metal band to this absolutely sleek and ferocious black metal beast. Haeresis is the latest and best demonstration of that. I’m never really sure what to expect from the band, as they’ve shifted sound each disc and each one seems to top its predecessor. Haeresis has proven to be a pleasant surprise in that regard — not because it tops Exilium but more so because it feels like the sibling of that disc. While previously they were sleek and death metal focused, this time around Noctem come across sleek and black metal as all hell.

On Haeresis Noctem find one formula that works for them and largely stick to that one for most of the album, wringing all the life out of it they can, performing multiple permutations on the hellfire blast-assault, making Haeresis a near forty-five-minute abrasive assault on the senses and one that is tailor made for maximum volume, if only just to match the mood of most of the music.