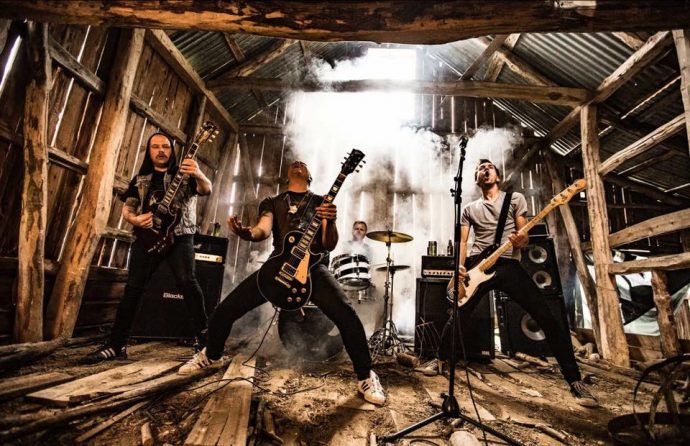 A couple of weeks ago we had the pleasure of premiering a highly infectious song called “Wolf” from Vidsyn, the new album by the Norwegian band Slegest, and now we’re bringing you an official video for another track from the same album, “I fortida sitt lys“.

We’re told that the video “was recorded at an old mountain barn abandoned by time in a valley in Leikanger”, and that the concept was the brainchild of Håvard Nesbø:

“Like the song, the theme of the video can be placed in the light of the past — in the intersection of the now and the ever present whiff of olden times. Nesbø also produced the video, on a budget of pure idealism and a case of home brewed lager.” 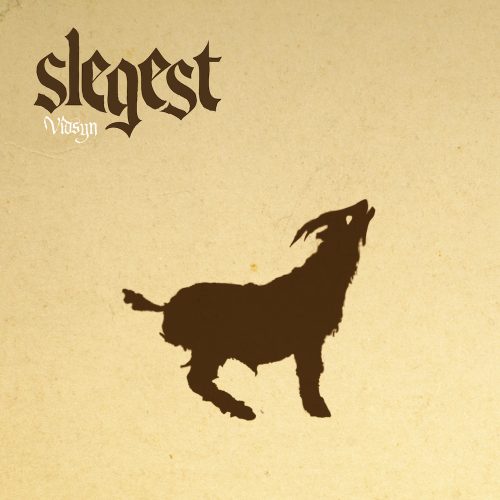 We also have a statement from the band about the video and the song:

“‘I fortida sitt lys’ is the opening track of Vidsyn and is somewhat of a punk number or at least the closest you’ll get in the cold vein of Slegest, groove and heaviness being the centre of it all. We think the vibe, the visuals and the atmosphere of both the location for the shoot and the finished video complements the music and the feel of not only this song specifically, but the whole album.”

There is indeed a punk bounce to the music, and like “Wolf”, it’s propelled by a highly infectious central riff. But as catchy and body-moving as the song is, there’s also a dark air of infernal menace that hangs around it, thanks in part to frontman Ese‘s stunningly vicious black-metal snarls and to bursts of skin-flaying lead guitar. It’s yet another highly attractive herald for the coming of Vidsyn.

And yeah, as the band have said, this sulfurous rock ‘n’ roll is “best enjoyed loud.”

Vidsyn will be released by Dark Essence Records on November 4. It was recorded in Conclave & Earshot Studio and Systrond Studio with Bjørnar E. Nilsen (Vulture Industries) and frontman Ese as producers. Nilsen mixed the album, and it was mastered by Herbrand Larsen (Enslaved). It also features Grutle Kjellson (Enslaved) on the song “Som i eit endelikt”. Here’s the track list: