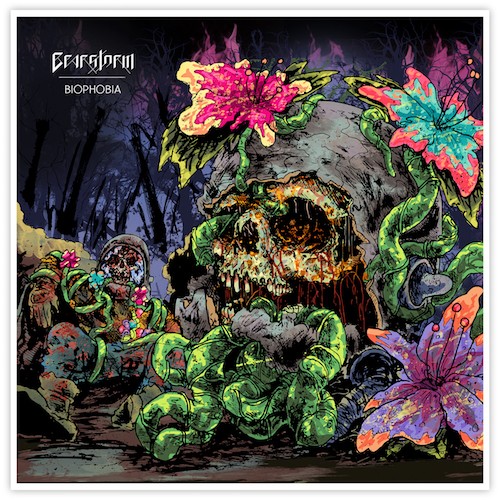 We discovered Virginia’s Bearstorm last year, and the immediate impression was so positive that we eagerly premiered the band’s 2015 album Americanus. Today, we’re equally happy to announce that Bearstorm have come storming back with a new EP named Biophobia that Baltimore-based Grimoire Records will release on December 9 — AND we have a deliciously named song from the EP to share with you: “Cryptobiotic Filth Destroyer“.

Bearstorm have already proven that they’re genre manglers, and on this new release the music is no more easily classifiable. The band have used the phrase  “blackened southern deathprog”. Grimoire has described the music as “somehow simultaneously inspired by classical music and southern rock — falling somewhere between Enslaved and Russian Circles“. And if all that tends to knot up your neurons, consider the unusual but evocative lyrics for this new song: 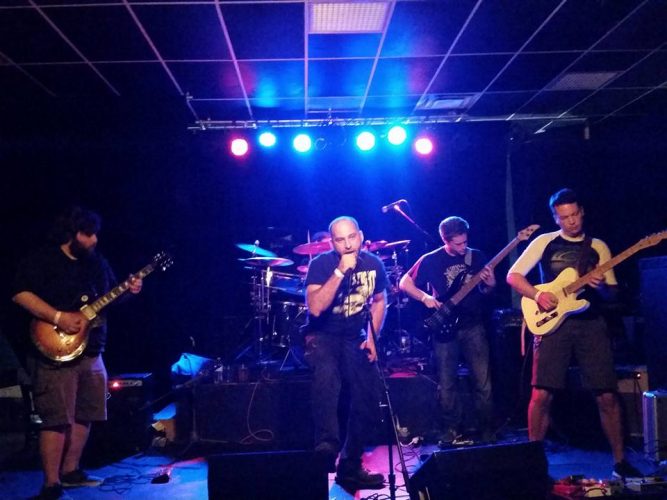 “The bears of the moss. Of eight tearing limbs. And alien substance. Emerge from glass meditation. The final epoch has run its course. Incarnated wrath inhabits our space. The avatars merely a foothold. Saturn exalts within libra. Eight limbed avenger awakens. Destroyer of filth on his white horse. As justice begs for the sword. This imbalance cannot be permitted. This dark night of misery and sin. This cannibalistic demon age. We wake from crystalline sleep. Awaken, wretched children, from this nightmare. Far from our golden age. Let the saviors hack and burn all of us. Let someone else have a chance at the world.”

The new EP consists of an introductory “Dawn Chorus” and four other songs, collectively totaling 24 minutes of sound. Of those four, “Cryptobiotic Filth Destroyer” is the longest.

A sludgy bass line and hard-punching drum beats rumble the gut while a pair of twisting, twining guitars spiral, swerve, and screech, tracing intricate, phosphorescent figures against a black backdrop of acidic vocal shrieks. After that extended prelude, things take a softer, more effervescent course, approaching prog-fusion territory in an extended instrumental segment that grows more and more fascinating as its multicolored and labyrinthine sonic patterns change shapes. The song builds in intensity from there, surging with energy, but no less intricate and inventive as it rushes toward an unsettling climax.

Biophobia was recorded in Richmond on July 23, 2016 by Grimoire’s Noel Mueller, and he mixed and mastered the EP, too. The artwork was created by Karl Dahmer. Grimoire will release Biophobia on CD and digitally on December 9. For pre-order info, go here: