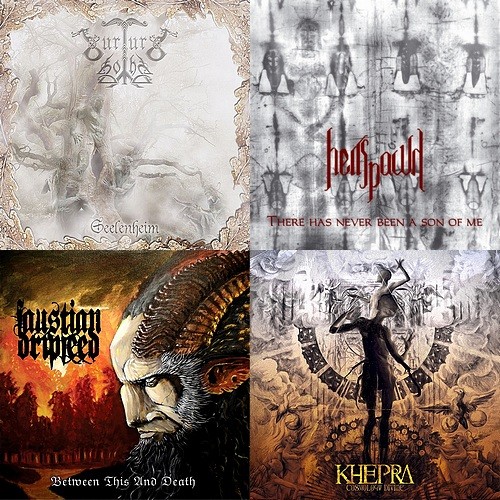 ( Norwegian blogger Gorger is back again, highlighting still more releases that we have overlooked.  To find more of his discoveries, type “Gorger” in our search bar or visit Gorger’s Metal.)

Hot on the heels of the previous part, here’s another attempt at covering the tip of the iceberg of the occasional stream that NCS has missed out on in the otherwise overflowing river of metal releases. 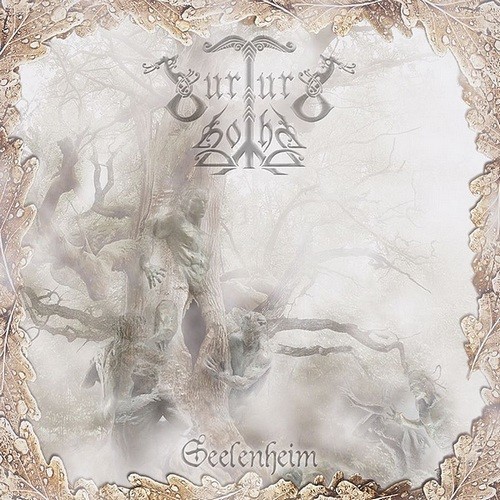 The sextet Surturs Lohe celebrates as much as 20 years without previously having invaded my privacy. The band may not have had any major breakthrough, but they haven’t been the most active on the release front either. A few albums were released early this century, and a third album was released five years ago.

The band from Thuringia, in central Germany, define their expression as Thuringian Pagan Metal. These Thuringians deliver a fairly nifty and elaborate work, which contains light diverging elements of pagan and folk, with moods of wild nature, medieval times, and maybe a passing viking now and then. Yet it doesn’t become entirely schizophrenic, although the band suffer from an innocent delusion that they inhabit a majestic castle which is now hosting a grand ball. Surely, it doesn’t matter, as long as we now receive our imaginary invitations.

After a (for me futile) German-narrated intro-monologue with symphonic instrumentation in the background, melodic metal with tremolo-riffing and black-tuned vocals arrives in “Lohe Surt”. “Seelenheim” rapidly changes tactics, when it opens quietly and acoustically before fair female vocals are introduced. After some pleasant guitars and whispering male vocals, we go back in the direction of the fuzz pedal and mild Viking moods in the fog while the fair maiden still sings her serenades in the palace’s garden. A brief flute sequence leads my thoughts toward Dismal Euphony‘s Soria Moria Slott, while more medieval flute and acoustic string-picking from the Renaissance open “Under der Linden”, along with the virgin’s song in duet with the prince in the tower.

I won’t bother you with all the details, but rather confirm that the album consists of contrasting instruments that are sewn together into a varied and well-structured expression, presented through swell melodies. Seelenheim is an elaborate piece of medieval metal. If that sort of thing would please you, I strongly recommend that you attend Surturs Lohe‘s fictional banquet and ball in their imaginary castle.

I must honestly admit that my skepticism was thick as fog during my first listen, but it blew quickly away after just a few spins. The style is thoroughly executed, and clear, bright sound from a good production also helps.

SEELENHEIM was released by Einheit Produktionen on September 2nd. 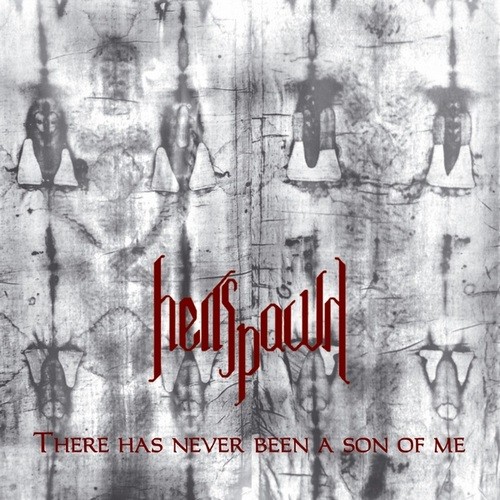 HELLSPAWN – THERE HAS NEVER BEEN A SON OF ME

Hellspawn is a Polish death squad with 13 years in activity. Thus, their third album is fully capable of creating expectations, or at least a desire, although the name as such has ’til now been unknown to me. And so, it’s very pleasing to see that the Poles fulfill this anticipation. This prologue is nevertheless fairly misleading, as I didn’t have the faintest idea as to the band’s origin when I was initially impressed by the album.

Behind the shroud we find fiery riffs and tight rhythms, which together with slower, tougher undertones create a fairly powerful touch. The music admittedly doesn’t have a full-fledged majestic expression, but an unmistakable sense of power, courage, and strength is still there. This is naturally strengthened by the symphonic tinge that gets some of the songs started before metallic elements take the lead and maintain firm thrust through natural transitions. Orchestral elements even enhance moods and expression elsewhere, contributing to a fuller sound, but is in these cases left relatively deep in the mix, whispering obscene words into the subconscious.

The two first songs can almost be reckoned as warm-up before the competent guys with “Antitrinitarian” show what they’re made of. Hellspawn is a quartet which, to be fair, has a few conventional and staccato sequences they don’t quite manage to sweep under the rug, but that nevertheless impresses greatly. Juicy riffs, great transitions, and skillful balance between heaviness, speed, and slowness, are among the elements that create tough, killer death metal with a whiff of grand Polish grandeur. Along with good solos (which certainly could have been more dominant in the sound), delightful rhythms, and rich, spicy sound, the positive aspects of the death metal outperform the remaining minor flaws by a wide margin.

THERE HAS NEVER BEEN A SON OF ME was released by Old Temple on March 3rd. 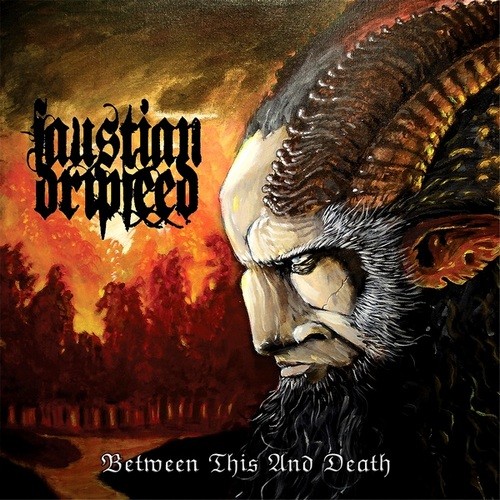 FAUSTIAN DRIPFEED – BETWEEN THIS AND DEATH (EP)

Hopeful artists sprout and grow forth from every crack and cranny, and the newcomer Faustian Dripfeed from Stavanger, Norway, is a resolute young ensemble that tries to establish a position as steady supplier of hard-hitting metal.

The guys play death metal with a melodic approach, and they don’t put neither home nor genre to shame. Especially since they put a far greater range to use than what I initially expected. At just under 20 minutes we make acquaintance with five relatively clever and varied songs from a hungry band that I really believe has what it takes to make it.

“Genetically Modified Homicide” opens with a theme that illuminates the grim drawbacks of biotechnology, seemingly in a relatively ordinary melodic death metal fashion. Like so many other places, we come across small samples that relate to the lyrical themes, and that fits well in. The music is obviously adapted to a natural inclusion of these. Solos and fittingly intricate structures don’t immediately provide conclusive evidence of unusually well-written death metal, but does serve as a good first indication.

Fortunately, the trend continues with the song “Murder Circus”, dealing with the O.J. Simpson case, and it doesn’t stop there. The song with the flamboyant name “Kalibrer Ditt Moralske Kompass” (Calibrate Your Moral Compass) mainly blends growling English verses with Norwegian choruses. The latter also surprises with a combination of mild clean vocals in an atmosphere more typical of post-black, and black vocals with small vibes of Einherjer. Becomingly acoustic guitar midway soon gives way to its electric brother. The band don’t allow repetition of separate passages to overstay their welcome, but are constantly on the move in an agile fashion.

“Chris Hansen BBQ” refer to a TV host in a somewhat controversial program called “To Catch a Predator”, which utilizes relatively reprehensible and speculative methods, where the end justifies the means at any cost, to expose pedophiles. Or to increase the viewer ratings by hanging out any random fool, perverted enough to be lured by some virginal jailbait. All depending on how you see it.

“A World of Emptiness” concludes this mini-album. After a hard opening, the band surprises by calming down and incorporating deep, Type O Negative-ish clean vocals and a relaxing The Foreshadowing-like voice in a gorgeous chorus.

Without overstating the level of detail in the description above, I simply conclude by stating that Faustian Dripfeed has written a fairly intricate piece of music, and recorded it with empathy and soul. Meanwhile, the band has potential for improvement and growth, and they will for sure be interesting to follow.

BETWEEN THIS AND DEATH was released by independently on August 28th. 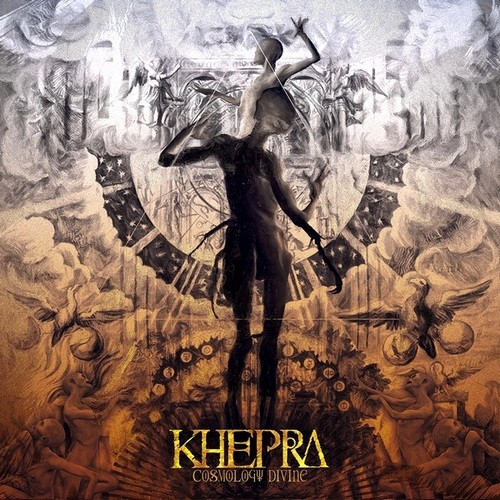 Sometimes, you just feel the chemistry smiting you at the very first spin. The only thing that remains when you feel that a band nails it, is to enjoy the music while hoping that detailed and intricate shades will provide a long and prosperous longevity. In the worst case scenario, a lack of such might lead to gradual disappointment. From the start, everything indicated that the Turks in Khepra would acquiesce neatly in amongst the most successful first attempts, and fortunately, as desired, the satisfaction didn’t languish.

Khepra blends mighty metal, with roots in death metal and inspirations from black metal, with a local heritage of folk music from the Mediterranean region and the Middle East. To top it all off, and to really take the listener’s breath away, they then add orchestral elements. Less is more? Fuck that!

The band don’t crush the sound area, though. With respectable self-knowledge and judgment, they refrain from heaping all ingredients into a single pile. The band have constructed ten dynamic songs where they incorporate what they can accommodate from a generous array of adequate regional folk instruments and ditto assortment of orchestral segments. I’m not sure whether the whole caboodle are authentic goods, or if something may optionally be digitally generated, but the list of guest musicians and local instruments is long and impressive. The men treat their metallic instruments with proficiency, and the remaining organic contributions are also impeccable. It all sounds fairly sovereign, and although the DR7 of the sound ain’t as dynamic as the musical content, it’s within the acceptable limits.

The most important aspect, and unfortunately often the weakest link, is the song-writing. The men obviously want to prove once and for all that Turkey can deliver at the same level as “the rival” and, in a musical sense, the more well-oiled machinery, Greece. The compositions are professionally taken care of, and they are profoundly diverse. The songs’ coherent melodic progress is probably not on par with the best bands it may be natural to compare them with, but the advance of melodies throughout each song still works well, and all the individual elements and the encompassing structure is utterly delightful. Details is a fixed keywords, especially in the exotic instrumentation, where only the band themselves may have a full overview of the number of different components. Little, if anything, is entrusted to chance, and Cosmology Divine grows along with the details being revealed, and digestion of the lush riches becoming achievable.

I intentionally avoid taking on a lengthier description, as it would be too lengthy. Besides, you might as well explore the intricate nuances yourselves. Turkish Khepra bring oodles of joy with intricate songs that literally drown a happy listening in a harem of mellifluous and euphonious tones. The guys deliver a debut made for gourmets. If an aristocratic cornucopia of depth and substance, or a majestic hybrid of Melechesh‘s foreign folk and Septicflesh‘s sovereign symphonic performances, sounds alluring, Cosmology Divine will most likely appeal to you.

COSMOLOGY DIVINE was released by Rain Without End Records on September 10th.