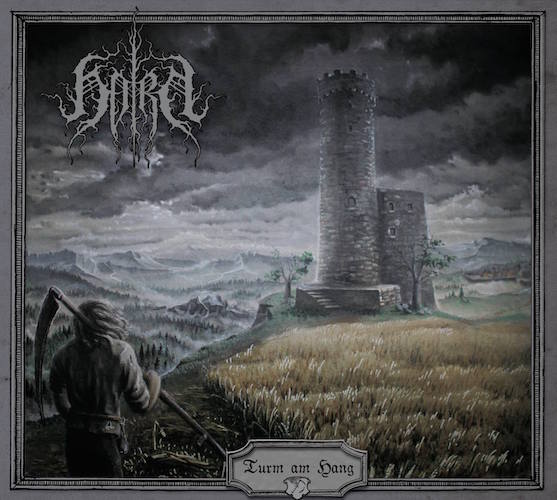 I finally discovered this German one-man band’s music through last year’s wonderful Feldpost album — even though five other albums preceded it. And now (because Horn has never allowed much grass to grow between releases), a new album is already on the way. This one is named Turm am Hang, and while Northern Silence has released the last two albums, Iron Bonehead will be releasing this one. 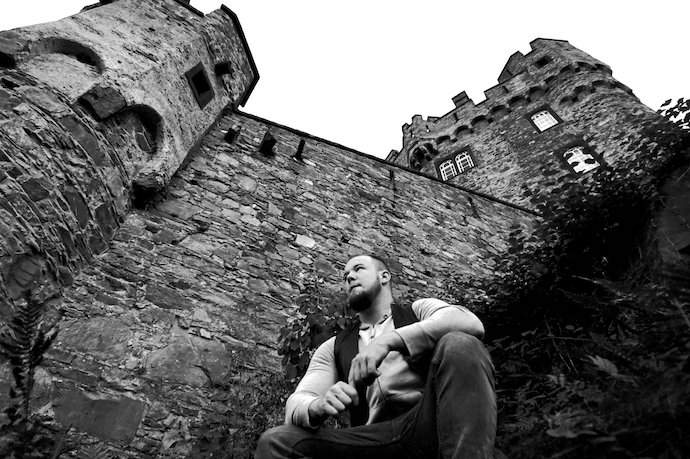 We are told that the new record, with lyrics entirely in German, “was jointly inspired by the 17th century German folk song ‘Es ist ein Schnitter,’ lansquenets, wars of the past, tribalism, and the spirit of masculinity.”  The artwork, layout, and visual concept were created by Timon Kokott, and last week Horn released a video for the album’s title track that shows the crafting of the album’s cover art.

“This one’s a rather tightly structured and energetic song with a classic verse-chorus pattern, thematically encapsulating the scene depicted on the album’s front cover. A song of monolithic architecture in the eye of the storm, a metaphor, a giant dying. The video itself shows the progress of the cover painting from being nothing but a piece of plywood to the dramatic scenery it evolved into. Enjoy!”

The video is very entertaining to watch, and the music is compelling. It begins as a mid-paced march with something of a militaristic air (especially in some of the drum rhythms) and harsh, barbaric vocals, yet the song possesses a dramatic folk-influenced melody that’s suffused with melancholy (with excellent clean vocals appearing as well) — and perhaps a sense of a storm approaching. When the pace increases, it just makes the blood pound even harder.

Iron Bonehead will release Turm am Hang on January 27, 2017, on vinyl LP, and it will also be available for pre-order here: 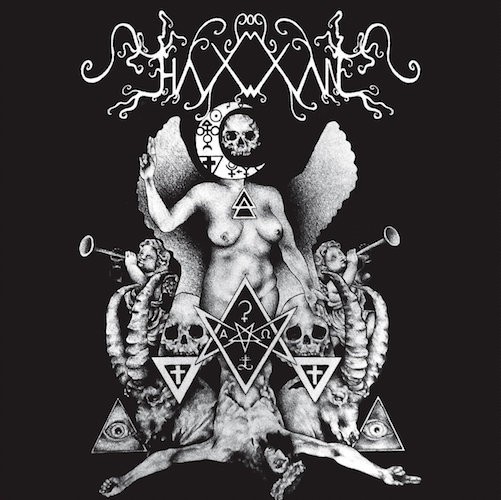 The first track to be released from the album is “The Blackest Chasm,” and it’s the next track in this little playlist. It’s a sharp divergence from the first track in this collection — moving from  a heavy, vicious, neck-snapping stomp to surges of drum thunder and eerie guitar dissonance that deepen the music’s dismal, poisonous aura. Killjoy’s throat-lacerating vocals are predictably intense and demonic.

This is murderous and highly addictive music. I’m anxious to hear more. 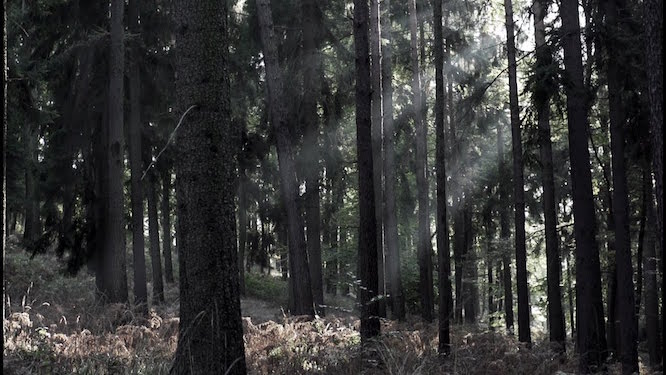 I now turn to a video for a song called “The Mystic Forest” taken from a forthcoming album named The Howling Mountains by the prolific Swedish one-man band Hermóðr. The album will be released by Wolfspell Records later this year. We’ve mentioned Hermóðr several times on the site, most recently in connection with a single earlier this year called “Above the Shadows”.

The video was filmed by Bartłomiej Bubiak made during during two expeditions to the Giant Mountains and Mount Slęża (in the Czech Republic and Poland, respectively). The images are gloomy and indeed mystical, but gorgeous — and they suit the music perfectly.

“The Mystic Forest” is a mid-paced piece of spell-casting, staggeringly depressive in its atmosphere (and wrenching in the agonized and mournful quality of the vocals), but sublimely beautiful. The high, piercing guitar melodies sear themselves into the mind like a brand.