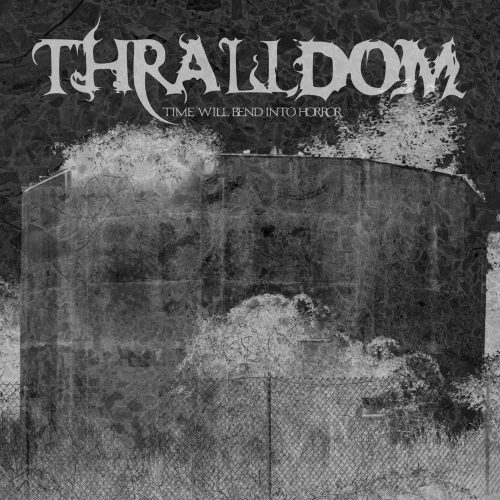 A decade has passed since New York’s Thralldom released their last album, A Shaman Steering the Vessel of Vastness. But Thralldom have returned after ten years with a new album named Time Will Bend Into Horror, which will be released through Ritual Productions on November 11. Last week an advance track from the album called “Chronovisions”  ensnared me, and lo and behold, now we get to bring you another one: “Stars and Graves“.

Though many years have passed, the members of Thralldom remain the same: Killusion and Jaldagar, i.e., Ryan Lipynsky (Unearthly Trance, Serpentine Path, The Howling Wind) and Jared Turinsky, though in composing Time Will Bend Into Horror they haven’t remained creatively rooted where we found them long ago. 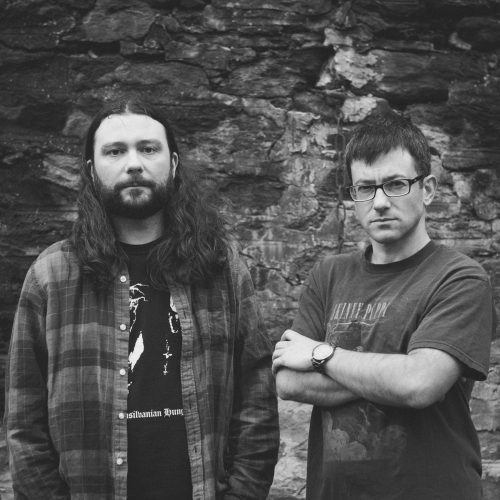 “Stars and Graves” is enthralling (pun intended), but it’s a strange and unsettling trip. You could think of it as unfolding in connected movements that together lead the listener deeper and deeper into a twisted hallucination. It gets your head moving right from the start, and then while you’re rocking along it insidiously administers a psychoactive substance that leads to a feeling of increasing dread and derangement.

In the opening minutes of the song, Thralldom initiate a repeating loop that combines a tumbling, propulsive drum and bass pattern with a strange, dissonant riff and bestial, flesh-clawing vocal fury. And then the music segues into a slow, dreamlike phase in which you might feel the chill of phantasms approaching, whispering their utterances in corrosive rasps. And then the song’s arcane energy begins to build, with a drum and bass rhythm that spears the reptile part of the brain, setting the foundation for an extended guitar solo that’s the stuff of nightmares.

What to call this music in genre terms? Have fun trying to figure that out — and then just be aware that there’s probably no one song on the album that could stylistically represent all the others. There are six tracks in total on Time Will Bend Into Horror. Below, you can also listen to that previously released song (“Chronovisions”) that we mentioned earlier, as well as “Stars and Graves”. Check these links for info about how to acquire the album.