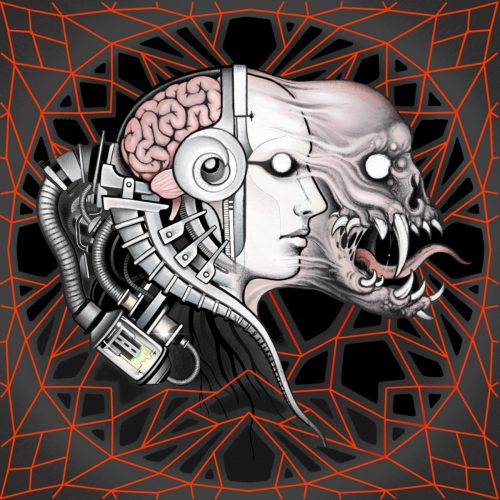 Six years ago I conducted an experiment on some music that happened to be experimental to begin with. I took a song called “Scepters” from Skullgrid, the debut album by Behold the Arctopus, and slowed it down by a factor of three, extending its length from 3:43 to more than 11 minutes. It still sounded fast, with discernible rhythms and pulsing guitars. Remarkably, the blowtorch guitar solos still sounded like badass solos, which is a sign of just how fast Colin Marston and Mike Lerner were playing the original. Same thing with Charlie Zeleny’s drumming — it was so ridiculously fast in the original that even dragged down by a factor of three, it still sounded like what you’d expect to hear on a “normal” metal recording.

So I slowed the song down again, more than 10 times slower than the original, extending the length of “Scepters” to more than 41 minutes. Even at that ridiculously dragged-out pace, the song could still pass as music — albeit music with a demented, demons-on-the-loose quality, the kind of thing you’d risk your sanity to hear for 41 minutes straight. 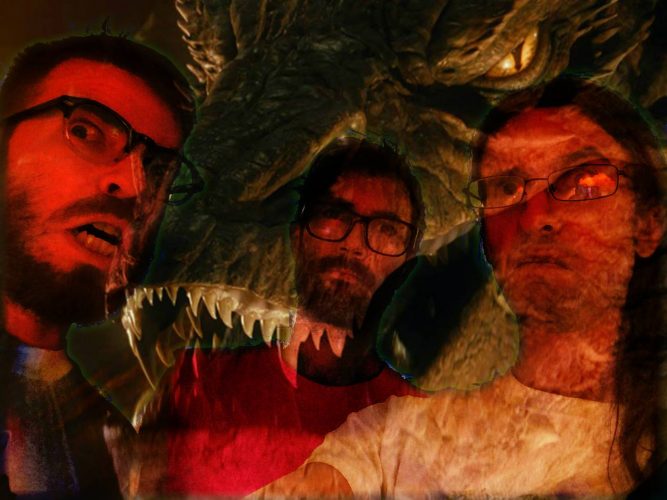 Slowing down the music wasn’t the first thing I wanted to do after hearing Skullgrid. But when I decided to write that post six years ago and experiment on slowing down hyper-fast, brain-twisting metal, Behold the Arctopus was one of the first bands that came to mind. It may go too far to claim that they created their own niche, but it’s not much of an exaggeration. As practitioners of highly accelerated, experimental, technically bamboozling progressive extremity, they had few if any peers in the years that saw the emergence of their first EP (2005’s Nano-Nucleonic Cyborg Summoning) and Skullgrid in 2007.

When the second album, Horrorscension, was released four years ago, they were still way out on the frontier, fighting a relentless rearguard action against such invaders as conventional song structures, melody, dynamics of pacing and mood, and just about every other convention that normally draws flesh-and-blood human beings to music. Even among the small cadre of allied fans who embraced Skullgrid, I think it’s fair to say there were defections, not to mention the greater numbers of listeners who simply ran screaming into more hospitable territory, to get as far away as possible, as quickly as possible.

In the four years since Horrorscension, Colin Marston has applied his impressive talents in other groups, including Gorguts, Dysrhythmia, Krallice, Indricothere, and Withered. But this past summer he again armed himself with the Warr guitar and rejoined guitar guitarist Mike Lerner (who is credited for the solos) to record a new Behold the Arctopus creation. This time they’ve got Jason Bauers behind the kit, and they recognize Weasel Walter and Lille Gruber for performance contributions as well.

The new release is named Cognitive Emancipation. At four songs totaling about 19 minutes, it’s an EP by most people’s definition, though the band proclaim, “THIS IS NOT AN EP. time is eleastic. length is subjective. don’t discriminate.” The song titles could be interpreted as tongue-in-cheek comments about (or directed to) fans, and perhaps as a forecast of the music that lies behind the titles: “Obnoxiousing in Irritation”, “Exasperating the Idiotic”, “Resummon the Unreaching”, “Cognitive Emancipation”. The first two songs are short (in the 2-3 minute range) and the second two are longer (6-7 minutes).

Not surprisingly, there’s an air of derangement swirling around “Obnoxiousing in Irritation”, with unpredictable stops and starts in the rhythm that add to the music’s unbalancing effect on the mind, but there’s nevertheless an undeniable character and coherence to the swarming riffs, dissonant notes, and pugilistic bursts of percussion. If you stop and reflect on what you hear before moving on, the song continues to resonate, with melodic components that have insinuated themselves in a way that proves… catchy? Behold… the Catchiness!

Demented dissonance and the bleating pulse of lower strings on the Warr machine are fixtures in “Exasperating the Idiotic”, along with small bits of gliding melody and brief Vesuvius-like drumming eruptions. But once again, though the technical acumen of the performers is obvious, the song is a more coherent and less frenzied affair than one might expect based on the band’s last release. Behold… the Replay Value!

While the two openers seem relatively controlled, there’s a slightly greater sense of free-form chaos in the first of the two longer tracks, “Resummon the Unreaching”, and an even more exuberant display of technical acrobatics. Yet the swirling guitar melody that opens the song reappears, as do other motifs, and there are booming drum grooves in the song as well, anchoring flights of blazing fretwork, along with dynamic variations in which the music seems to gasp its last breathes, only to explode in mind-bending fireworks.

An atmosphere of gloom and mental breakdown seems to descend across the opening of the title track, which also includes the most dark and destructive rampages among the four songs, as well as a fierce, rapidly rippling guitar solo that’s electrifying. Of course, there are tempo and time-signature changes galore, as well as explosions of seemingly improvisational arpeggios and percussive acrobatics, but this isn’t just blind mind-bending on display. It’s an immersive excursion into the darkness of another world, one that obeys different laws of physics but isn’t completely alien, and lo and behold, it’s a song with staying power. Behold… the Atmosphere!

I haven’t spent as much time with this release as I plan to spend, but the very fact that I yearn to spend a lot more time with it separates it from its predecessors in my own personal ranking of the band’s releases. For those who prize the band’s experimental propensities and their technical aplomb, you won’t be disappointed… that’s all still here. But to my ears, this collection of songs is more focused and coherent, more structured, more laced with memorable phrases and grooves, less self-absorbed, and ultimately more compelling than Horrorscension. For all its unbalanced and unbalancing qualities, it nevertheless achieves a kind of balance between insanity and coherence that proves to be alluring — and in the end, greatly appealing.

And to return to where I started, I have no desire to slow this music down. I just want to listen to it again, just as it is.

Cognitive Emancipation was released digitally through Bandcamp on November 8, and a CD edition is also now available for pre-order at the same page: