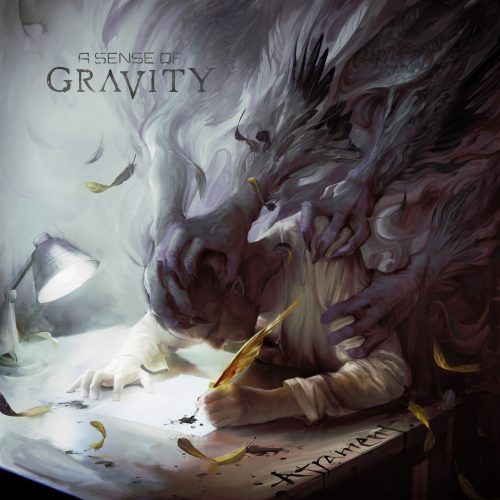 (TheMadIsraeli reviews the new album by A Sense of Gravity which will be released tomorrow — along with our premiere of a full-album stream of the music.)

A Sense Of Gravity, like Khonsu (whose new album was also reviewed here recently), are one of those bands with a sound that is so multifaceted and “all their own”, so ambitious in scope and gripping from beginning to end, that it deserves acclaim. They may very well be one of the most important bands metal has to offer right now.

Atrament is my second album of the year, with this and Khonsu’s The Xun Protectorate being pretty much tied. Between them, my longing for heavy, dynamic, emotionally turbulent musical experiences has been well satisfied. A Sense Of Gravity are looking to the future, rooted in a post-modernist realm where Pain Of Salvation and Dream Theater’s progressive ambition and expression are met with the progressive metalcore stylings of Sikth, Textures, and Protest The Hero. It’s a sound brimming with both sophistication and boundless energy. 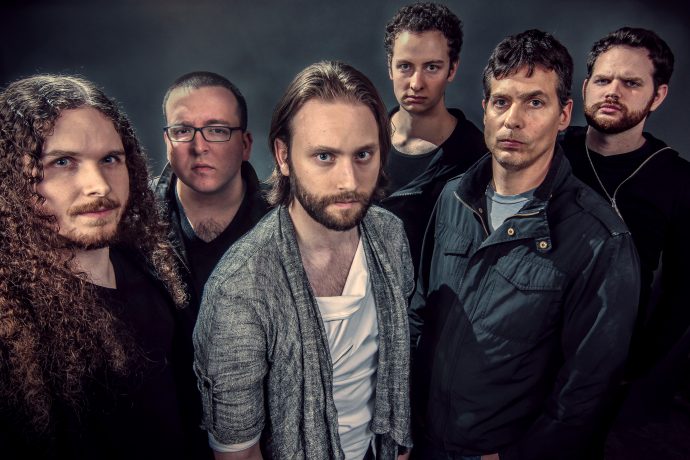 The band’s debut Travail was strong indeed, but Atrament is interesting because where Travail strived to be a diverse album by having different kinds of songs — a ballad, a death metal song, a metalcore song, etc. — Atrament instead aims for making the songs more diverse within themselves. Every primary influence and fringe influence makes its way into every song, with varying percentages of incorporation and distribution. This not only makes the album diverse on a song-to-song basis, it also makes all the songs journeys in and of themselves as well. I don’t think I’ve heard another album this year that feels this musically complete and this sure of its identity.

Those previously mentioned fringe elements — a side of death metal, some jazz fusion — are the final ingredients on top of ASOG’s strong musical base, which solidifies things. The death metal end mainly shows itself in the voice of C.J. Jenkins. Few vocalists are this excellent at so many different vocal styles and tonalities in modern metal. Not only does he have one of the best death metal growls I’ve ever heard, his clean vocal range is immense, and his ventures into black metal rasping and metalcore-style barking are amazingly top-notch as well. 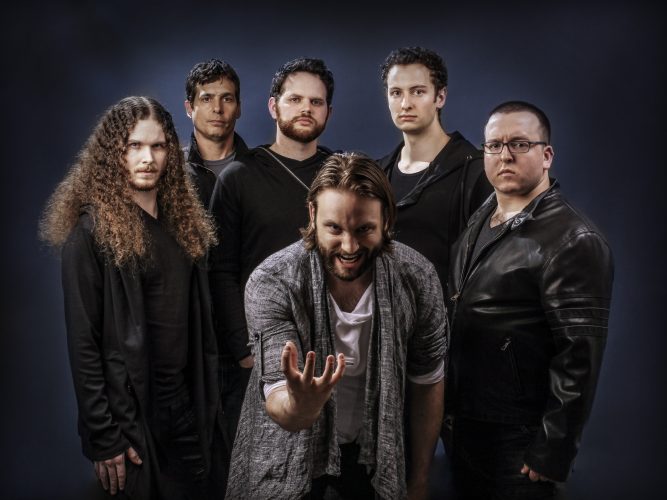 The album begins with the orchestral and vocal-only intro of “Drowning In Ink” and the ensuing song “Reclusive Peace” , a groove-driven bulldozer with an amazingly cathartic chorus. This start for the album is made even more poignant given that the central melody of this intro/opener is what closes the album’s last song “Manic Void”. They did this before with their last album Travail, but despite that, it feels no less satisfactory to have this full-circle method of songwriting at play again.

“Echo Chasers” may be the best groove-driven metal song I’ve heard all year, with its spider-crawl riffing and pneumatic pacing. Other songs like “The Divide” and “I, Recreant” take a ballad-like approach that swells in heaviness over time. And still others like “Guise Of Complacency”, “Manic Void”, and “Promised None” are progressive epics that provide immense showcases of the band’s total virtuosity.

As a parting accolade among many others, I just want to say that “Manic Void” is the most satisfying, emotionally cathartic, and explosive closer overall for an album that I’ve heard this year, and undeniably my my favorite one. This song becomes a journey into some kind of inter-dimensional sub-space where time and logic do not exist.

Atrament is a masterpiece, an amazingly eclectic record that really stands out in 2016. Enjoy the stream below, and tell me what you think about what you hear.

Atrament will be released on November 18, 2016. Pre-order the album here:

2 Responses to “AN NCS PREMIERE (AND A REVIEW): A SENSE OF GRAVITY — “ATRAMENT””