(Andy Synn’s haiku review feature usually includes a trio of 3-line reviews, but this one includes a dozen haikus for a single album.)

So I assume by now that many of you, if you have even a passing interest in the band still, will have heard some (if not all) of the new Metallica album, Hardwired… to Self-Destruct?

After all, it’s finally being released tomorrow, and the band have now debuted a different music video (some better than others) for each of the twelve songs which make up the double-disc set, so it should be easy enough to make your own mind up whether or not you’re still willing to get on-board the Metallica train.

Now as much as we tend to focus our energies on covering the smaller bands here at NCS, sometimes it’s fun to comment on the bigger acts too. It really just depends (in my case, at least) as to whether or not we feel like we have anything interesting to add to the conversation.

And having seen a mixture of reactions ranging from the hilarious (“death to false metal!”) to the fawning (“this is the best album of the year, Metallica can do no wrong!”) I felt like I wanted to at least say a little something about the album… and what better way than through the ever-enigmatic medium of the humble haiku?

So, after the jump, twelve haikus and twelve videos, summing up my feelings, good and bad, towards Hardwired… 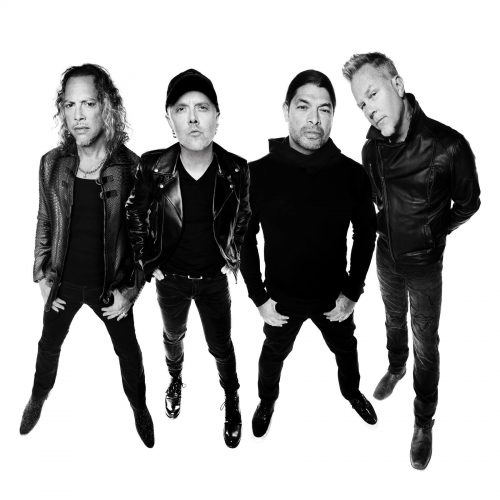 But things pick up fast.

Atlas rises and so too

Do my hopes at last.

Taut, muscular riffs? This is

What they’ve been missing!

Lars is solid, if

(for better or worse)

But the songs are good!

Somewhere between Load and Black

With a dash of Kill…

With nothing to prove.

And “Halo…” are the best they’ve

Does it need two discs?

Not really. In fact most of

Disc two could be cut.

Just to trim the fat.

But “Spit Out The Bone”?

Those riffs? That bass? Even Cliff

Would be proud of this.

(though some will claim otherwise)

But I have to say

I have not enjoyed

This much in ages.