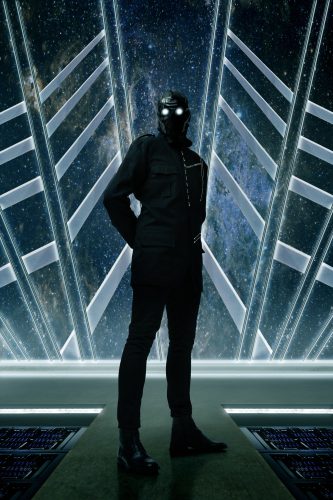 (TheMadIsraeli interview S. Gronbech, the man behind Norway’s Khonsu, whose excellent new album The Xun Protectorate we reviewed not once, but twice.)

Tell us about yourself, about Khonsu and what made you decide to start this project?

Well, to go really far back in time, my father has always been a hobby musician and when growing up me and my brother Arnt “Obsidian C.” Gronbech from Keep of Kalessin played around with his instruments and recording equipment from a very young age. He had several guitars – both acoustic and electric — a keyboard, and piano, and I think I was 6-7 when I first recorded some of my own music on my his 4 track tape recorder. So listening to music and the joy of making music has always been a part of my family, and without this early environment I would probably never have been a musician today.

My father also felt it would be important to keep learning to play instruments by going to professional lessons, but I didn’t like it very much and he more or less had to force me. I have never been interested in learning to play something someone else has already made, so I came to most lessons unprepared and had not rehearsed. So eventually I quit. I’ve always preferred to improvise and be creative on my own. So I actually have very little knowledge of music theory, and most of the time I have no idea what the chords or scales I am playing are even called.

I’ve always known that I’m creative and have a talent for creating music, so when I got older — and probably also partly because Arnt got active with Keep of Kalessin — I knew I wanted to create my own band. So when I was a teenager I started making metal riffs, but my weak side has been my inability to actually finish songs. I just moved from one riff to the next, without taking the time or effort to put things together. I didn’t even record most of the stuff. And in my twenties I was so busy with other activities also, like travelling and studying.

But, eventually around 2010 or something, I pulled myself together, sat down with all the riffs I could remember, and worked until I finally had what became Anomalia, the debut of Khonsu. So, some of the riffs on this album are probably 15 years old. I did everything myself except vocals – which were done by Thebon from Keep of Kalessin – and the mixing and mastering which were done by Stamos Koliousis and Vangelis Labrakis.

Fortunately I got a deal with Season of Mist and Anomalia was released through them in 2012. Really happy about that, but we parted ways after the debut and for the new album I created my own label, Jhator Recordings, and signed a deal with British Plastic Head Distribution.

Compared to “Anomalia” which was a very death, thrash, and black metal heavy hybrid album, you brought niche elements present on that album more into the forefront on The Xun Protectorate in the form of more industrial and atmospheric touches. What was your mindset when you began writing, and was that your intention?

I composed all of the music for the new album during one month in early 2013, and trying to remember back now, I think I maybe wanted to make a darker album that was a bit more uncompromising. I wanted to stay away from the more “straightforward” and “rock’ish” parts that Anomalia had. I also knew that I wanted to make something even more epic and majestic – but this seemed like a daunting task when I was about to begin the writing process. Other than this, I don’t think I had any specific intentions or pre-formed idea. The album took shape in the process. But I am extremely satisfied with it.

The way I make music is that I improvise on guitar or synth, trying to be open to any ideas that may come to me. Most of the stuff I play is not very good, and I will just move on, but now and then I play something that is worth developing or keeping. It’s like searching for gold among dirt and stones. So it’s purely based on feeling, and since I’m influenced by many different genres, a lot of different ideas take form in the process. As people will hear, I have not been very restrictive in what I have chosen to keep. So, I guess a lot of different influences through the years have manifested themselves in the writing process.

Speaking of hybrids, I’ve praised your music on the note of it not being one particular thing, or sub-genre if you’d prefer. Your music is often labeled, I think rather recklessly, as black metal. Is it more correct to assume that Khonsu is more of a love letter to extreme metal in general or do you feel the music is centrally black metal?

I agree that Khonsu cannot be labeled Black Metal, even though there are some very black-metallish riffs and parts here and there. So, I have chosen to use the term Extreme metal myself, which is wider, but even this does not encompass all of the ideas on the album. For example, the track “A Dream of Earth” can hardly be classified as extreme metal. So, it’s really hard to classify the album as a whole because of the diversity of ideas, but I think this is the strength of the band. The listener never knows what to expect, but I think everything still sounds “Khonsu”, in some way. 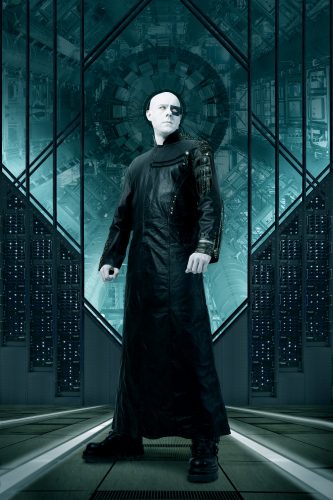 Given the fact you’re basically a one-man operation, are you intending for T’ol to be a permanent member, or are you looking to have a different line-up every album given that Arnt (Obsidian) and Rune are more session members than simple guest appearances?

I think T’ol did a great job on this album and he has a very brutal death and black metal vocal, so I don’t see any reason why I wouldn’t join forces with him again. So he is regarded as a permanent member, yes. I would also love to have Rune on clean vocals again, but this depends on the style of the next album (if there is a new album at all).

Arnt has been the technician during the recording of main electric guitars on all albums, and this has been a huge advantage since we have the same playing style and he has recorded a lot of guitars before. So it’s really been effective. Since he already was in studio, he put down some solos and lead guitars on 4 tracks on the new album – something he does better than me. So, it’s quite possible that he will appear again, some way or another, if there are any more albums from Khonsu.

So right now I have no intentions of changing the crew around very much.

What are your primary musical inspirations both metal and not?

In my early teens I discovered Norwegian Black Metal, and this had a huge impact on me. This was in the early to mid ‘90s, when a lot of the classic, and in my mind, greatest black metal albums were released. I could mention tens of albums from that time that were hugely influential, and that I still listen to today. Early albums by Burzum, Darkthrone, Mayhem, Emperor, In the Woods…, Gehenna, Immortal, Satyricon, Enslaved, Mysticum, Ulver, to name a few. I guess what attracted me so much about the early Norwegian releases was the emphasis on atmosphere, which I think was (and still is) truly unique.

I’ve always been very open-minded and also started to listen to all kinds of music from many different genres. The one thing that has attracted my interest is atmospheric music and music that has an emotional impact. So, to no surprise of fans of Khonsu, I also started to listen to a lot of different electronic music, which also has influenced my own style a lot. Especially psychedelic/goa trance, techno, drum’n’bass, house, ambient, psybient, downtempo, etc. Norway’s Biosphere and Swedish Carbon Based Lifeforms are a couple of favorites, among many.

Movie soundtracks have also been influential, for instance (and to no surprise), Vangelis and Blade Runner. 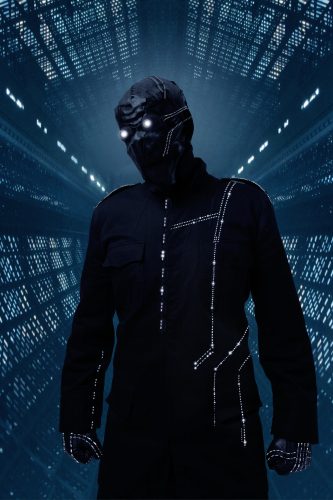 Any plans to have a live line-up and play shows?

No, unfortunately, we have no plans to play live as of now. The main reason is that this would demand a lot of work, time, and money for me. I would need to hire live musicians and rehearse, and cover their expenses (transport, etc). And I’d feel that we would need to create a great and atmospheric show, which also would be expensive. So, since Khonsu still is a small band, I would probably lose a lot of money on it, and I can’t afford it.

The new album has been really hard economically since I’ve paid for absolutely everything myself. Besides, playing live is not something I really have an urge to do, and I’m also very busy with my job and other things. So, it doesn’t look very bright in terms of live playing, but who knows, anything can happen, and I guess it depends on how much publicity the new album gets and what kind of offers we get.

Do you have any idea of what the next album is going to look like sound-wise?

Actually, right now I’m not even sure there will be another album, because I’m so busy with my full-time job and other concerns. Since I do almost everything myself, I’ve used countless hours on evenings, weekends, and in vacations on this new album, and to be honest, it’s been absolutely exhausting. I’m not sure I’m up for it again. At least I don’t think I would try to do something so epic as Anomalia and The Xun Protectorate, and I would need a proper label.

This is not to say that I haven’t thought about it, and the ideas I’ve had for a new album is that it would maybe be even darker, dirtier, and more horror’ish. More Alien than Blade Runner.

But we will see what the future holds for Khonsu.

Thanks for taking the time man! I appreciate it.

No problem, I really appreciate the support that No Clean Singing has shown from the beginning.

The Xun Protectorate is available now via Jhator Recordings/PHD and can be ordered on iTunes or here: