There’s a certain sort of apocalyptic reverie one takes on as a state of mind when reviewing an Ulcerate disc. The now long-running New Zealand-based death metal three-piece have made a career out of creating music that sounds tailor-made for the end of the world. When the Earth’s crust is rended asunder and magma comes shooting up into the air, Ulcerate are one of the groups that I am expecting to provide the mood music, like the band playing on the Titanic, on a planetary scale.

Keeping in mind that among the group’s discography are albums with names like Everything Is Fire and The Destroyers Of All, you can see why that description might feel apt. Ulcerate play a deafening form of death metal, one that is largely cavernous and often cataclysmic in its impact. They have grown in popularity over the years and have become a cultural landmark in the death metal scene as a whole. They are able to channel utter destruction in their sound and have done so for quite some time.

Only a few groups out there get to name a song “Weight Of Emptiness” and have it feel like it was built to fit that song, not just because it sounded cool. The same goes for Ulcerate’s newly released album Shrines Of Paralysis, which came out at the tail end of October, three years after the release of their last album Vermis. Shrines continues Ulcerate’s trend of auditory destruction, a slow death march to oblivion, and over the course of an hour it’s hard not to feel like there is some sort of darkness spreading through your veins.

But the last couple of Ulcerate albums have had the same effect. It’s why they’re as big as they are. So why does Shrines still hold so much power?

2016 has seen a tremendous amount of new music hit — I have a notepad file something like thirty groups deep that I’ve been meaning to write about — and a lot of that 2016 music has hewed very closely to the old idiom “it if ain’t broke, don’t fix it”, with groups performing within their comfort zone and basically doing what they do best. Ulcerate are amongst that gathering. Shrines is a very familiar disc to Ulcerate fans, mostly because it’s the guys doing what they do best, the apocalypse-soundtrack.

While often the “ain’t broke” approach can lead to some very middling work, Ulcerate are different because they have a much stronger starting point, having basically made a career out of permutations on the same overall theme, each album a reflection of that. One of the bigger differences between discs is basically just how close Ulcerate will allow you to stand to whatever cave the group recorded the album in. However, you could toss on all the group’s albums and in general have a pretty good time just drowning in the overall oppression that seeps through every pore of Ulcerate’s brand of death metal. It’s a pretty thick four-hour-plus block of suffocation.

Saying that Shrines Of Paralysis very much stands shoulder-to-shoulder with its siblings Destroyers Of All, Vermis, and Everything Is Fire is a pretty apt description. Each album has slowly added to the one before it, but not so much that the overall feel of Ulcerate has changed all that much. Everything still remains…fire.

What is interesting about Shrines from the get-go is that although the band still sound absolutely terrifying, they come through about as clearly as they ever have. Often, an Ulcerate album does sound like they recorded the whole disc in a cave, for that trademark cavernous sound, stacking layers of echo onto everything to really make the music feel like a behemoth striding the Earth, and you as a listener get to stand about a mile away. With Shrines, however, it’s almost like Ulcerate provided earplugs. Shrines is still like standing in the path of a shockwave, but you can actually discern just how much that poor guitar is being destroyed for that signature screeching sound this time around, and it feels like a small gift. Probably the only one you get, because the rest of the time you’re being subjected to the trademark audio scorch. 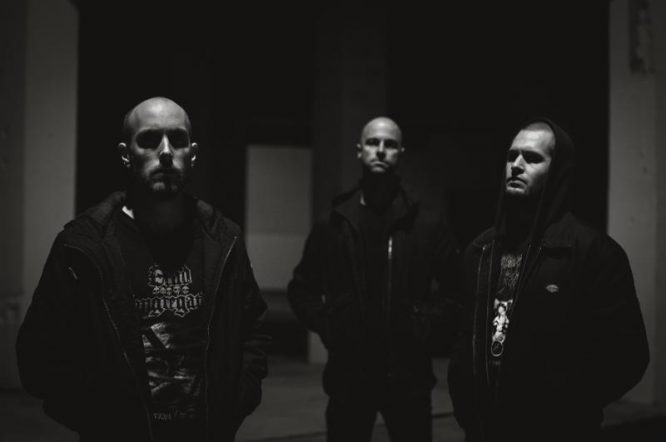 Opener “Abrogation” dispenses with all formalities in its first few seconds, spilling right into the chaos from moment one. Almost every song on Shrines Of Paralysis runs near the eight-to-nine minute mark, though two don’t: The exceedingly short “Bow To Spite” (with its blink-and-you’ll-miss-it just under two minutes) and “Abrogration”, which nears six.

“Abrogation”, with its shorter run time, is one of the quicker moving assaults that Ulcerate inflict, with drummer Jamie Saint Merat somehow still managing to sound more like the drumline in a marching band from hell than one human being behind a kit. Like many Ulcerate discs, Shrines Of Paralysis is propelled forward by the relentless and deft blast segments coming from behind the band, adding to the constantly shifting guitars (especially in “Abrogation”, which treats note changes like bombing runs) as the vocals shake the ground around them.

“There Are No Saviours” is actually about as bleak as its title suggests, with the song going almost full doom metal in its last few minutes, slowing the already crawling-through-mud pace to something resembling molasses rolling uphill. It shifts from the sheer suffocating annihilation approach to one chock full of smoke-filled atmosphere. Instead of being the soundtrack to the end of the world, “Saviours” feels more like the tour through the wreckage afterward; the song smolders all the way to its closing. At eight minutes, “Saviours” is more in line with much of Shrines Of Paralysis, each song being its own specific tour through the abyss.

While you could argue that there are no singles in Ulcerate land, it’s surprising how melodic the hopelessness that is “Extinguished Light” gets. Like “Saviours” a few songs before it, it also goes for a doom-and-gloom feel. You can actually catch the line “Extinguish this light which befell us” pretty easily in the closing segments of the song.

Somehow guitarist Michael Hoggard manages to choke a melody out of the crawling darkness that is “Extinguished Light”, and you can see why they chose to let that song out in advance of the album’s release. “Extinguished Light” is the sort of song that seems to grab onto your skull and not let go. At first blush it is immediately recognizable as an Ulcerate track, but as the song reaches its conclusion it starts to feel more like the closing coda to an epic piece.

It’s hard not to say that Shrines has Ulcerate going fairly doom-and-gloom with each track, but the band also played with this idea on Vermis; if anything, Shrines is a little bit more open and welcoming about it. It feels partially like it is reacting against utter hopelessness, even if the reaction is basically spewing fire out of a blast furnace. 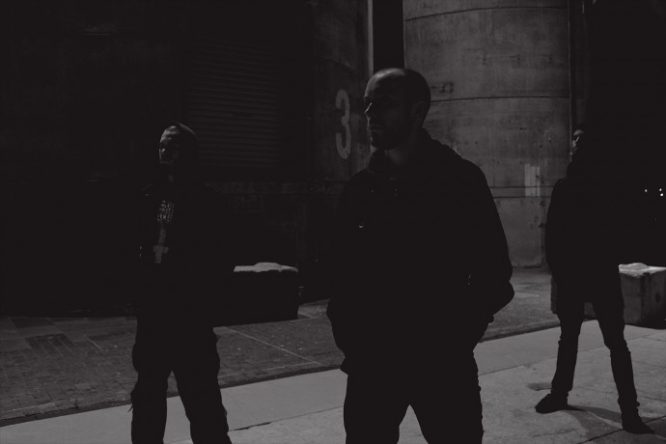 Title track “Shrines Of Paralysis” is almost nine and a half minutes long, and its follower, the aforementioned mostly ambient and immensely low “Bow To Spite”, makes the whole movement feel closer to eleven. Like “Weight Of Emptiness” on Vermis, “Shrines of Paralysis” is one of those songs whose title matches the music within it to a T.

“Shrines” feels like a descent at first, like being lowered into the black muck, not blast-heavy at first but instead happy to move along a chugging and somewhat dissonant groove. That, of course, gets seared to ash a minute twenty into the song when Ulcerate remember that they are at their best unleashing destruction. “Shrines” is a force and one that’s hard not to become entranced by; the atmosphere of the song is suffocating to say the least.

It is a very densely packed track as Ulcerate add layer upon layer into the brief bursts of abyssal death metal in each part. The song shifts between hefty crashing and blast sections that feel like the band throwing itself around and slower, quieter segments that are built around a lonesome bass guitar. “Shrines” feels almost spastic as you wait for the band to throw you headlong into its next segment of drum annihilation and begin railing on you with the guitar.

This is also where bassist/vocalist Paul Kelland gets the most time in the spotlight. Despite being up-front in the band, he’s often matched in both volume and tone by the guitar and drums, whereas on “Shrines” he is pulled into the front for each crawling segment, as well as every time he opens his mouth to bellow. One spin and you can see why the band decided to name the album after it.

Part of me wants to congratulate and shake Ulcerate’s hand for naming a song “End The Hope”, because if any song title were to be approached as a “mission statement”, a track named “End The Hope” would be it. It’s even better that they chose the song to be the closer, stacking another eight-minute hell-ride after the already bleak “Extinguished Light”.

But that is what Ulcerate have done best for some time now, having evolved into masters of the eight-plus-minute slab of death metal so dense that were it an actual object, you would be crushed to a paper thin smear before you had a chance to think about it. They build immense and fiery atmospheres that even in their calming moments still make you feel as if you can hear the crackling of whatever smoldering remains are left behind.

Shrines Of Paralysis isn’t a huge leap, but it is Ulcerate doing what Ulcerate do best, which is issue forth auditory destruction. It’s a familiar approach, but one that has been leaps and bounds ahead of what metal has been doing for some time, which is why Ulcerate will likely remain at the forefront for some time. Like its predecessors,  Shrines Of Paralysis is a journey, with maybe two songs on it that could probably be listened to solo.

You need to take this album in as one solid “go”, and there won’t be much left of you when you’re done. Somehow the band have found another permutation upon a familiar sound to leave the listener a pile of ash and bone, and Shrines Of Paralysis is its name.

12 Responses to “ULCERATE: “SHRINES OF PARALYSIS””