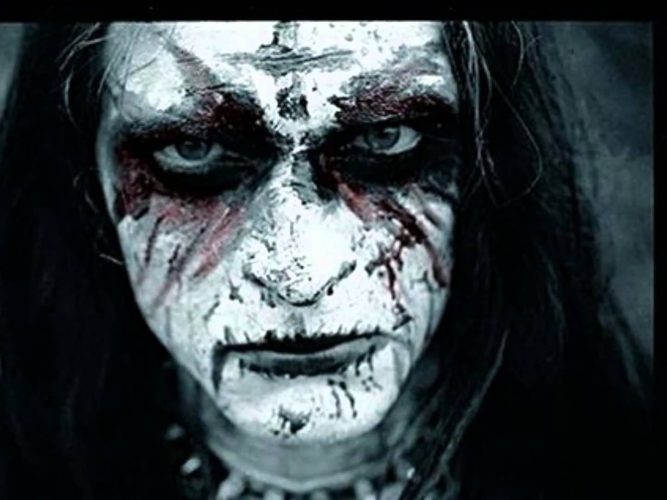 (Here we have an opinion piece by Andy Synn, and as always we welcome your comments.)

As most of you should know by now, I generally love Black Metal. Of course I don’t love every band or every particular sub-species of the style, but overall there’s just something about the music and the ethos of the genre – an intensity, an atmosphere, a sense of stubborn individuality — that really speaks to me.

I also particularly love the fact that Black Metal, although denigrated by many for being too insular and restrictive (and, in fact, also celebrated by many for the former), is actually one of the most musically open and creative genres in Metal when you really dig into it.

From the most Avant-Garde to the most Punk, from the most Melodic to the most harshly Industrial, from the Post/Progressive/Atmospheric side of things, to the punishing panzer-style of pure blasting blasphemy… and more… to my mind the core essence of Black Metal is a refusal to be restricted or defined by the expectations of others. It’s about freedom and the ability to “do what thou wilt…”

But, of course, that itself raises some problems. 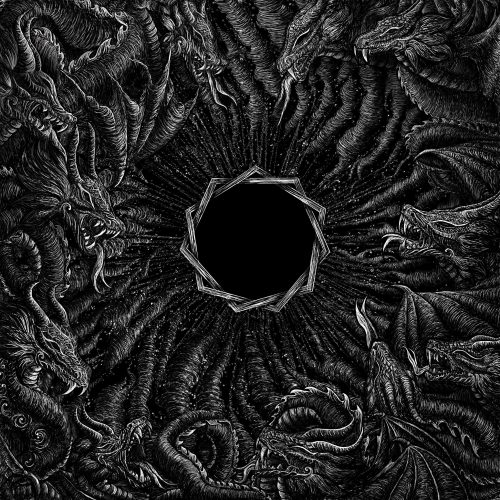 Now I’m in no way a Black Metal elitist (or, at least, I don’t think I am). I don’t venerate only the first/second wave bands, I don’t only like the old stuff, or feel like the genre has been stolen from me or weakened in any way just because it’s more popular now than it used to be, and I don’t automatically hate any new or young band who tries to bring some of their own style or identity to the genre.

Heck, some of my favourite Black Metal releases over the past decade or so have been decidedly unorthodox, such as the Hardcore-tinged racket of bands like Celeste or Terzij de Horde, the gut-wrenching uber-grooves of Ruins, the esoteric extremity of Dødsengel, or the magnificent atmospherics of Ion and Progenie Terrestre Pura, so I’m definitely not one to try and tell you that Band X isn’t “real” Black Metal just because they don’t wear corpse-paint or bullet-belts, or because they’ve gone with a production style that doesn’t make them sound like a sack full of weasels having hate-sex in a steel drum.

But, that being said, I am very wary of an unpleasant trend which I’ve observed over the last several years, where anything with even the tiniest amount of tremolo picking or harsh vocals seems to be labelled as “Black Metal”, without any regards for whether this is an accurate (or appropriate) reflection of the band in question.

One big contributor to this issue is that the term “Black Metal” seems to have become a bit of a buzz-word for certain bands and certain sections of the music press, which previously wouldn’t have touched the genre with a ten-foot pole, as a way to instantly tag themselves or their new favourites with a spurious (and largely unearned) sense of underground credibility.

It’s undeniable of course that the proliferation and expansion of Black Metal’s influence has helped bring it more into the zeitgeist (what a fun word) than ever before, but that doesn’t mean that every Tøm, Dick, and Ahriman who owns an Emperor album or a Wolves In The Throne Room shirt has a right to call their music “Black Metal”, just because it makes them sound cool.

I don’t mean to sound defensive there, and I’m not trying to tell the kids to get off my lawn. Because even though I don’t necessarily think that everyone should make Black Metal, even if they like the style, as long as you’re doing it with integrity and intensity, it’s not really a problem.

But it does gall me a little to see the name of a genre so intrinsically linked, in my mind at least, with the ideals of going against the grain and producing music not driven by the concerns of popularity or prevailing trends, being co-opted by a certain group (or groups) more interested in looking cool and edgy and who are more likely to dismiss this period of their career as an “ironic” phase in a few years’ time.

It’s also interesting to note that I’ve seen and heard a number of people making the claim that Black Metal’s recent crossover with both Hardcore and Post-Rock means that “Black Metal is finally good now”.

And by “interesting”, I mean “incredibly frustrating”.

After all, what they’re actually saying is that a certain sub-section of the genre now appeals to their specific tastes. That’s all. And it’s sheer arrogance to suggest that anything before this was crap simply because it didn’t tick certain boxes.

But before we all get our spiked codpieces in a twist, it’s important to stop for a second, take stock, and think about what this really means.

For my mind one of the most important things to take away from all this is the acknowledgement that being “Black Metal” is neither the be-all nor the end-all it’s being presented as.

Indeed it may seem counterintuitive in an article originally intended to discuss and defend the correct usage of the term “Black Metal” to suggest that being considered “Black Metal” (or not) isn’t actually all that important, but here we are.

You see my real issue here is less about what Black Metal “is” or “isn’t” (that’s a question for another day entirely), and more the semantic problems related to its over-use.

And one key way to combat this is to stress that being “Black Metal” on its own is not the same as actually being good. And that bands can be just as good on their own merits without trying to jump through all the convoluted loops in logic necessary so that they can justify calling themselves “blackened” (or something thereabouts).

Take two recent releases as example. I am a big, big fan of both Harakiri for the Sky and Thränenkind, and both their new albums (III: Trauma and King Apathy, respectively) are in serious contention for a place on one or more of my end-of-year lists. But I wouldn’t call either of them “Black Metal”.

That may be a contentious assertion of course. I’ve seen already that there are several fans of both bands who get apoplectic if you try to suggest that they aren’t Black Metal… but all that really does is make me wonder why that particular label is so important to them.

After all, I’m not questioning the worth of either band/album. Just whether or not the term “Black Metal” is the best way to categorise and describe their music? Is it really that important that I, or their fans, identify them as “Black Metal”? What does doing so add to the band? And what does not doing so take away from them?

Nothing as far as I can see.

As I said in my reviews, Trauma has a lot more in common with early Insomnium (though, I’ll admit, with a more “blackened” edge to it), and King Apathy a more depressive, Post-Rock/Metal influenced Shai Hulud, than with anything I’d really consider to be “Black Metal”… but that’s not something I consider to be a bad thing. They’re both fantastic albums regardless.

I just don’t happen to think that we’re talking or thinking about them in the right way, and that we need to be very careful not to buy into the fallacy that “blackened equals better”.

I honestly feel like the more we can stress that this isn’t the case – that there are tonnes of terrible Black Metal bands out there, that co-opting the term for yourself doesn’t suddenly make your own band any edgier or any more “real”, and that obsessively trying to identify everything you listen to as “Black Metal”, whether it fits or not, only serves to muddy the waters further – the better.

If there’s one small ray of light in all this, it’s that the tide appears to be turning ever so slightly, as it seems like “Crust” is now the new “Black Metal”, i.e., a term being widely and liberally overused for its perceived cultural cache and the sense of coolness it implies.

I’m sure you’ll have seen it more than a few times already (and, if you haven’t, you’re going to now), but it looks like “Crust” is going to be the next big “trend” in certain circles, to the extent where I’ve already seen certain individuals who once spent their time praising Black Metal for its more philosophical and occult leanings suddenly pulling an abrupt about-face and starting to mock the more spiritual or philosophical elements of the style, because it’s not “cool” anymore.

Because “Crust” is what’s cool now. So you probably can expect to see a glut of bands being described with that particular label over the next 12/24/36 months (or however long it is until the next big trend takes over), as well as a whole bunch of bands jumping on the crusty bandwagon as it passes by.

Of course this may not sound like the most positive of outcomes, but anything that cuts down on the adulteration and misrepresentation of the term “Black Metal” and allows us instead to have an honest discussion about the genre, what it is, and what it can be, is fine by me.

Remember kids. When everything is “Black Metal”…. nothing is.

51 Responses to “WE NEED TO TALK ABOUT… BLACK METAL”