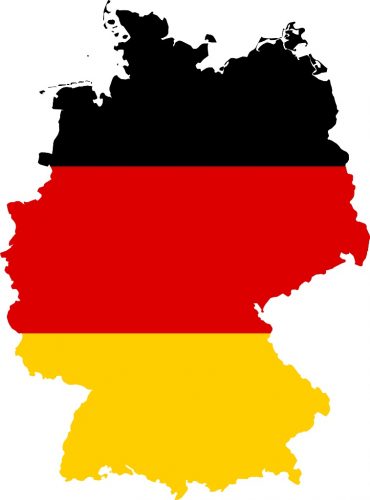 Synchronicity can be a strange thing indeed. Case in point, coming hot on the heels of my recent (and surprisingly well-received) column on “Black Metal” here we have a triple-header feature on three bands who all sit somewhere under the big black umbrella, but whose actual adherence to the term “Black Metal” varies pretty drastically.

Not only that, but they all just happen to be German in origin, which means I can collect all three groups under the “Best of German” banner which I first used (here) back in May, and pretend like this whole thing was part of some grand plan of mine, rather than a completely random sequence of events that just happens to have lined up in a way that appears to be thematically significant.

But I’ll take what I can get, because these three albums are all absolutely hervorragend… 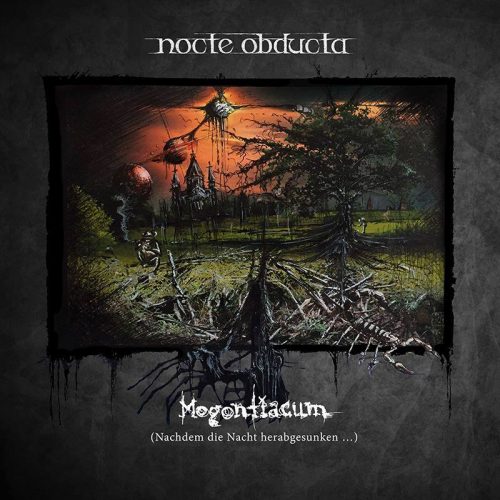 That there are those who would argue against the “Black Metal” part of the “Avant-Garde Black Metal” tag which has been given to Nocte Obducta should come as no surprise. It’s a big, wide world out there, and you’re always going to be able to find someone to object to even the mildest of assertions.

But the fact of the matter is that there’s more than enough blackened backbone to the songs on Mogontiacum (Nachdem Die Nacht Herabgesunken), the band’s tenth(!) full-length album, to justify that part of the label, even if the rest of their intoxicating (at times, infuriating) recipe harvests its ingredients from some distinctly esoteric and unusual sources.

Let’s take a look at/listen to “Glückliche Kinder” and “Die Pfähler”, two of the album’s best and brightest numbers.

The first is all odd, jazz-inflected drum beats and artsy keyboard ambience punctuated by sudden bursts of pulse-pounding intensity and ashen, noir-ish melody, while the second marries a sense of gritty, almost Shining-esque groove to a bleak, Prog-Doom undercurrent, and yet both still carry that indefinable aura of Black Metal despite (or perhaps even because of) their more unorthodox leanings.

It’s a thin tightrope for the band to walk, of course, and certain tracks – particularly the proggy bombast of “Ein Ouzo auf den Nordwind” – definitely lean more towards the “Avant Garde” side of things, but numbers like “Am Ende des Sommers” and the desolately dreamy “Im Dunst am ewigen Grab der Sonne” are reminiscent of Assassins/Addicts era Nachtmystium or the shimmering psychedelia of Oranssi Pazuzu at their finest, both bands famous for (among other things) their tendency to think outside the Black Metal box.

It’s a tad frustrating (in my opinion anyway) that the chaotic black-jazz assault of “Löschkommando Walpurgisnacht” and the punk ‘n’ blast attack of “Am Waldrand” feel ever so slightly underdeveloped, both tracks clocking in at less than two minutes in length, but there’s no doubt that the sheer lunacy of each one makes for a brisk and brutal palate cleanser, particularly when the album’s centrepiece, the labyrinthine “Desîhra Mogontiacum”, is a nineteen-minute smorgasbord of unexpectedly aggressive twists and unconventionally ambient turns powered by a mix of caustic, cathartic vocals and complex, erudite drum work, which serves as a veritable microcosm of the band’s many influences and ambitions.

And make no mistake about it, this is certainly an ambitious album. Ambitious in scale. Ambitious in scope. Ambitious in its mix of styles and sensibilities. And while that ambition occasionally leads the band to stumble a little, at ten albums into their career it’s satisfying to see that Nocte Obducta are still refusing to settle down. 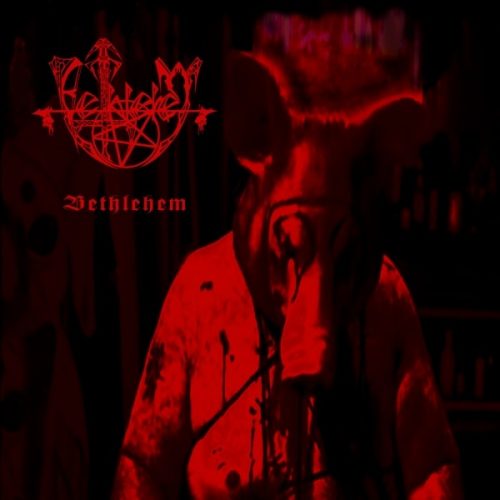 If categorising Nocte Obducta as some form of Black Metal is controversial to some people, labelling Bethlehem with that same tag is possibly going to be even more divisive, particularly since the band themselves have long-preferred to refer to their style of music as “Dark Metal”.

But since “Dark Metal” generally translates (to me at least) as a mixture of suicidally bleak, blackened vibes, artfully angst-ridden and doom-laden deviance, and manic-depressive Post-Punk energy, I don’t feel too bad about including them here.

Of course it helps that their new, self-titled album, is easily their most overtly blackened and morbidly aggressive since their earliest days, and that the band’s new line-up (long-time linchpin Jürgen Bartsch joined here by returning drummer Wolz, new guitarist Karzov, and vocalist Onielar, also of Darkened Nocturn Slaughtercult) feels like a real rejuvenation of their early spirit.

Opener “Fickesel Bomber Panzerplauze”, for example, is easily one of, if not the, most savage tracks the band have written in twenty years, Bartsch and Wolz immediately locking into a tight, punchy groove over which Karzov’s bristling tremolo lines and Onielar’s spiteful invective spit fire and venom without restraint.

“Kalt’ Ritt in leicht faltiger Leere” too showcases a more tooth-and-claw approach from the band than we’ve heard in a while – though this is partially balanced out by the song’s unexpected interjections of eerie piano parts – as do the steamrolling “Die Dunkelheit darbt” and the menacing “Verderbnisheilung in sterbend’ Mahr”, with each track demonstrating why Karzov (who apparently took on the lion’s share of the song-writing this time around) and his monstrous eight-string riffs were exactly the right choice to fill the band’s vacant guitar spot.

But for all this renewed venom and aggression the quartet don’t shy away from expressing their weird side – such as the creepy, in-your-face oddness of “Gängel Gängel Gang”– or their more melodic proclivities either, with the goth-tinged glamour and rumbling grooves of “Arg tot frohlockt kein Kind” and the majestic “Verdammnis straft gezügeltes Aas” being two of the main highlights in this regard, with the latter in particular being a prime example of “Dark Metal” at its very best.

It might interest you to know that I recently conducted a short email interview with Jürgen Bartsch himself, who went to great lengths to stress just how much the two new members – Onielar and Karzov – truly lived and breathed the aesthetic of the band, making special mention of the fact that Onielar had been a part of the group’s wider circle for many years, and that Karzov had already been crafting riffs and songs in the Bethlehem style since well before his own induction into the band.

And it’s this sensation of belonging that truly helps tie the whole record together, making it no surprise that Bartsch elected to make this, the band’s eighth album, a self-titled affair, as it feels very much like a welcome rebirth from one of Metal’s most interesting and unconventional forces.

Bethlehem will be released on December 2 by Prophecy Productions. 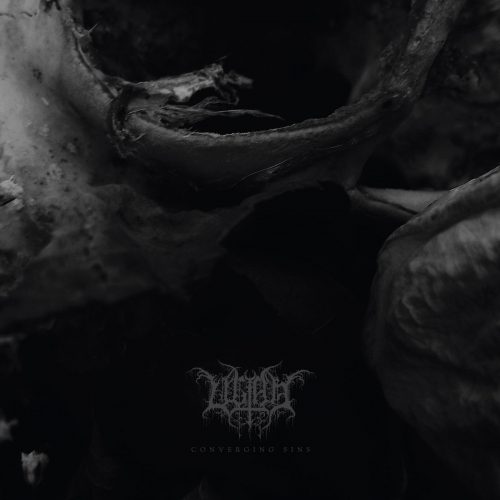 Although nowhere near as consciously “Progressive” or “Avant-Garde” as either of the preceding entries, Converging Sins is still a ferocious, if imperfect, example of Germanic grimness which, at times, manages to be both nightmarishly atmospheric and subtly melodic without sacrificing an ounce of pitch-black power (while also avoiding most of the pitfalls of the so-called “Atmospheric” and “Melodic” Black Metal scenes).

It kicks off with the titanic “The Night Took Her Right Before My Eyes”, which builds from a solemn, clean-picked melody, backed by swathes of eerie keys and fulsome bass lines, into a raging torrent of bleak, blackened riffage and blasting fury, atop which Chris Noir (bass) and Ralph Schmidt (guitar) shriek and growl and rage against the dying of the light.

Over the course of the track’s near eighteen-minute length the quintet (completed by guitarist Ralf Conrad, drummer Manuel Schaub, and keyboardist Andy Rosczyk) delve in and out of moments of atmosphere-drenched minimalism and brutal, death-tinged intensity, every moment swamped in layers of malevolent melody and driving distortion, in a manner reminiscent of both Wiegedood and Death Fortress at their finest.

Track two, “Mirrors In A Black Room” throws a major (but not unwelcome) wrench into the works with its dreary, doomy sensibilities, the sublime guest vocals of Rachel Davies (Esben and the Witch) immediately taking centre stage amidst a glimmering tapestry of chiming, arpeggiated chords and silken bass notes, eventually culminating in a howling, convulsive climax of pure cathartic release.

The album’s shortest song, “Athame | Bane Emanations”, doesn’t quite hit the same high mark as the rest of the album’s more monolithic compositions, although it still has its moments. But these moments ultimately pale in comparison to the hypnotic intensity of “You Will Learn About Loss” and its blistering blend of spiralling tremolo melodies, seething riffs, and darkly majestic keyboard accoutrements, or the doom-laden, post-apocalyptic overtones cast by the climactic “Fear Lights The Path (Close To Our Hearts)”.

The latter in particular is a stunning piece of work, with all the electrifying energy and brooding promise of a thunderstorm cresting the horizon, and over the course of the song’s almost seventeen-minute running time you may have to occasionally remind yourself to take a breath, such is the level of tension and anticipation it creates.

If I have one caveat to add to the end of this review it’s that the high shrieks of Noir/Schmidt (unfortunately I’m not sure who does the high and who does the low vocals) occasionally have an unusually strained edge to them, which takes a little getting used to. They’re not as off-putting as the crushed-testicle caterwauling of Ghost Bath (you know it’s true), but it might take a listen or two for them to “click”.

In the grand scheme of things of course it’s a small complaint, and I don’t doubt that ultimately Converging Sins will offer up more than enough dark delights to please even the most cynical and jaded of blackened hearts.