Convulsing was one of the recommendations that took me by surprise (thank you to starkweather and DaNasher). This is a one-man band from Sydney, Australia, whose new album Errata was released just yesterday. It caught the ears of certain listeners because the man behind Convulsing, Brendan Sloan, is also a member of Dumbsaint, who have a following. And word has been spreading. When you hear the album, I think you’ll be convinced that word will continue to spread, and damned fast and far, too. 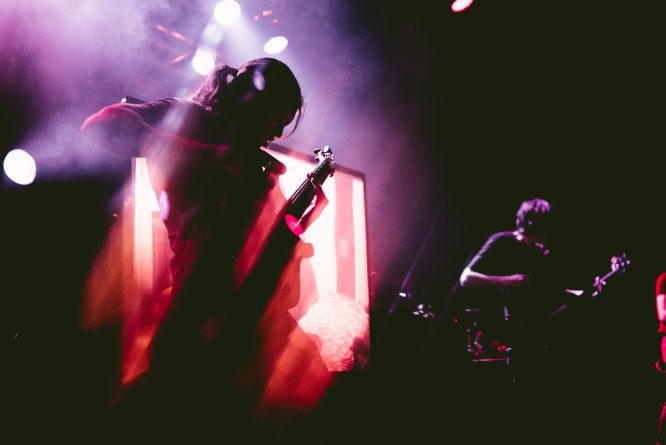 I may be bending the normal format of this series by including Errata, because although it includes elements of black metal it leans more toward death metal to my ears. But I’m so overwhelmed by the quality of the music that I thought I might explode if I waited to write about it.

If band references would help as an introduction, I’d suggest some space in the void where vectors from Gorguts, Mitochondrion, and Ulcerate intersect — or you could consider Brendan Sloan’s own reference to “a weird hybrid of Shining, Portal, and Discordance Axis“.

The music is supremely dissonant, deploying a shifting array of discordant, vibrating melodies that can put your teeth on edge as they ratchet the tension. There is an eerie sense of unease and unearthly peril in the music’s atmosphere even when Convulsing briefly makes forays outside its usual dissonant landscapes.

The deep drilling tone of the guitar in the more ravenous eruptions is sinister as hell, but even when the music is striking with hurricane-strength force or bolting forward in a gallop, it’s filled with acrobatic, progressive machinations that are head-spinning. (And don’t miss the utterly demented solo that explodes over the reality-warping riff in “Invocat” — which itself is followed by one of the few meditative segments on the album, though it’s still bleak as hell).

Sloan’s vocals on the album strike the right tone for the pitch-black music, providing both echoing gargantuan roars and ghastly eviscerating shrieks. And in addition to composing and performing all the music himself, Sloan also did a masterful job mixing and mastering it. The sound is powerful but clear.

I’ll also mention that the album includes a cover of “The Sky Moves Sideways” by Porcupine Tree, and how crazy is that? Well, listen to the song. It’s crazy like a fox, and comes at a perfect place in the album’s running order, providing a self-reflective respite of sorts (though a sorrowful and ultimately soul-crushing one) before the jackhammering destructiveness and unsettling freakishness of the closing track, “Dragged” (which might bring flashes of Gojira to mind).

Well, to sum up in two words, Errata is hugely impressive. It’s a thrill from beginning to end, and I hope you’ll give yourself over to the full trip — and then share it with your friends.

In addition to the high quality of the music, Errata is also embellished with great cover art created by Josh Skinner. It’s available now on Bandcamp: 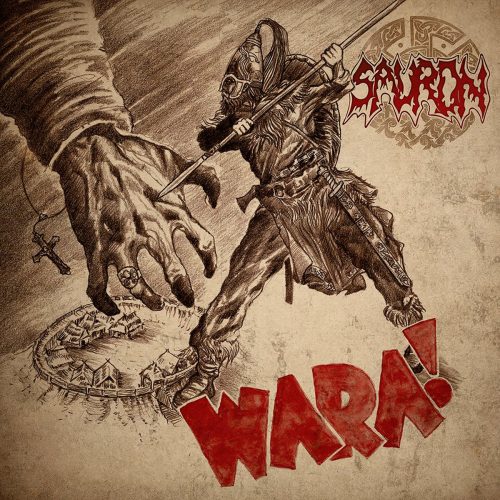 This next item is yet another discovery that came late yesterday after I thought I had already finalized my picks for this Shades of Black post. It’s a full album stream of Wara!, the fourth album by a trio from Radom, Poland, known as Sauron. It was released in digital format yesterday by Witching Hour Productions and is also available on CD.

Sauron’s roots go back into the mid-’90s, with a long hiatus before the band was re-formed in 2003.  Wara! deserves a complete review, but the odds are that I won’t have time for that before year-end LISTMANIA sets in, so this will have to do: LISTEN TO THIS ALBUM BECAUSE IT’S REALLY FANTASTIC!

Well, maybe a few more words: This is a thoroughly exhilarating cavalcade of songs that forcefully spear the brain stem, setting fire to primal, primitive forms of ecstatic lusting — I’m talking about the innate compulsion to move to the rhythms and melodies of viscerally gripping music.

This is a guitar album through and through, with magnetic riffs, memorable melodies, and ripping solos that draw on metal and rock traditions well beyond the traditional boundaries of second-wave black metal. But that compliment isn’t intended to detract from the skill of the rhythm section (whose skills are vital to the album’s success) or the bestial savagery of the vocals.

If you’re like me, it won’t take long to be thoroughly seduced by Sauron — just listen to the dynamic opening track “Pergrubia 997 (Chwała obrońcom prawiary)”, and I suspect you won’t stop there. Every track is a goddamned gem, and the album as a whole is simply electrifying. 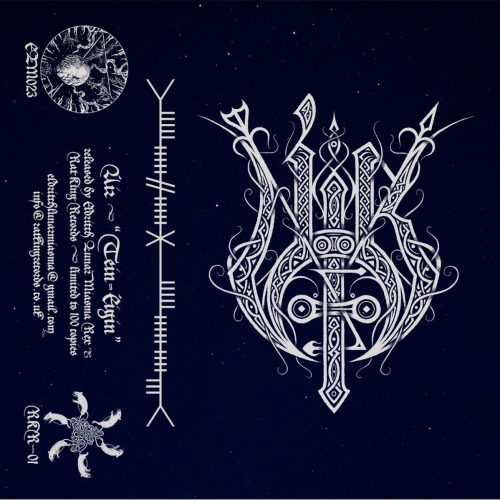 Úir are a relatively new group of musicians from Scotland and Cumbria in northern England. Their debut album Tein-Éigin will be released by the end of the year on tape through Eldritch Lunar Miasma Records and Rat King Records. Úir includes members of Scotland’s Haar, whose music we’ve written about twice relatively recently — once when we reviewed their 2016 split with Ur Draugr and previously when we premiered their debut album in 2015. The Haar connection is what drew me to Úir.

Úir explain the concept behind their new album with these words:

“In Tein-Eigin we explore the passing of the seasons and how ancient cultures revered both the sun and the moon. The sun acted as both a source of all life and through its absence was a bringer of death. Furthermore, the waxing and waning of the moon punctuated the passing of time. Expressed in ritual form, our forebearers defined and brought symbolism to the seasons through this ancient knowledge. In this aural depiction, we begin with the rise of spring and culminate within the depths of winter. A decent into darkness more apt than the ancient path into the light.”

Tein-Eigin is unceasingly dramatic and impassioned, whether it’s surging with fierce vitality or moving slowly, like a tattered figure in the teeth of a gale or a solitary soul reflecting on a better past that has been lost. The vocals alone constantly explode with intense feeling; the melodies, though melancholy at their core, pulse with the grim determination of beleaguered life to survive against the odds… or drift into dreamlike reveries with a deep emotional resonance.

By turns blood-pumping and mesmerizing, Tein-Eigin is yet another very fine addition to my growing list of big late-year surprises, and a very fine soundtrack to the encroachment of deep winter in the north. I hope you’ll be carried away by it as I was. Tein-Eigin is available now on Bandcamp: 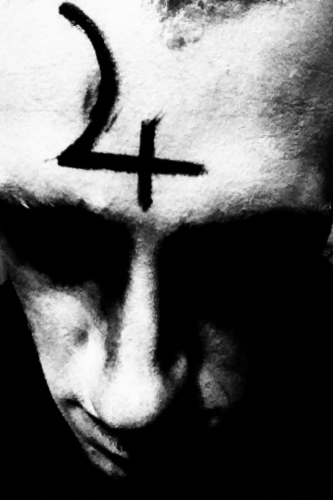 I swear I’m not the personal publicist for Triste Terre, though I guess someone might draw that conclusion from the fact that I’ve written about every single release by this relatively unknown French one-man band who didn’t start releasing any music until this year. The true explanation is that Triste Terre continues to release music that’s very good, and it happened again a couple of days ago.

This latest release is a multifaceted single called “Transcendence“. It rumbles like an earthquake in progress while throwing off streamers of dissonant, spectral melody. The mood of the song is dire, with a fiery intensity reflected in the seething leads and jagged, cutting vocals (which also rise up into skin-splitting shrieks, fall into somber chants, and ignite in soaring passion). There are also breaks in the violence that have the effect of deepening the song’s depressive mood, including an entrancing, rippling guitar instrumental. 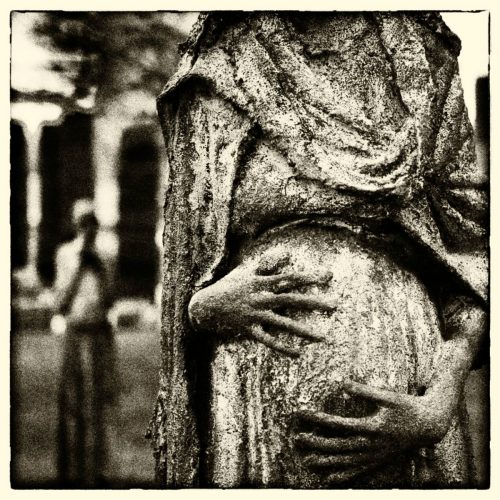 I’m willing to argue that Johnny Cash is the most black metal country singer you can find. I’m also a big fan of The Man In Black’s music. So there’s obviously no way I could resist including a cover of a Johnny Cash song by an actual black metal band. The song is “God’s Gonna Cut You Down”, and it’s the first advance track to become available for streaming from The Lucifer Principle, the fourth album by Canada’s Panzerfaust.

The Lucifer Principle is a concept album that explores subjects in Howard Bloom’s novel of the same name, which is described as exploring “the intricate relationships among genetics, human behaviour, and culture” and argues that “evil is a by-product of nature’s strategies for creation and that it is woven into our most basic biological fabric”.

Panzerfaust’s cover of the Cash song makes a dark song even darker. It links arms with the original song in the intro but then drives the music in truly apocalyptic directions, with searing, dissonant leads, scalding vocals, and a huge low-end stagger. The acoustic guitar from the intro reappears, set against the harrowing harshness of distant voices, allowing a space for uneasy reflection before the band rise in force again in the final minutes to turn all hope into slag.

This is one of those brilliant covers that doesn’t just copy the original, but moves it in different directions without wholly abandoning the spirit or melodies of the original.

The Lucifer Principle will be released on December 19 by Avantgarde Music.

P.S. Of course, The Man In Black has legions of other fans, some of whom appear in a video for the original track that I’ve included below. 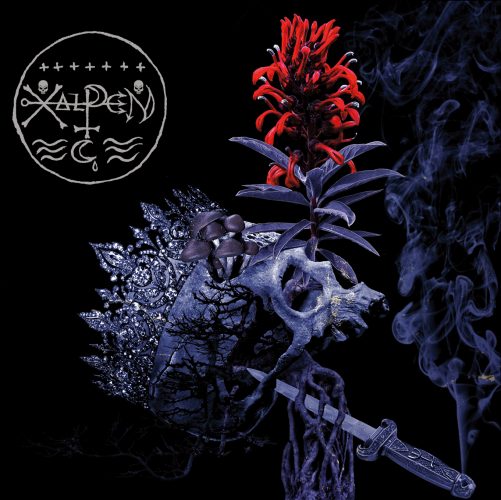 I’m pretty sure I saw the wonderful artwork for Xalpen’s debut album Black Rites before I heard any of the music by this part-Chilean, part-German band. The one led to the other, and here we are.

Black Rites was released in June by Morbid Skull Records, but I didn’t find out about it until seeing the art and then checking out the lyric video for the song “Devourer of Light“, which I’ve included below.

“Devourer…” is a powerhouse track with an immense, heaving sound and an atmosphere of a conflagration moving at jet speed. The high, flickering lead guitar melody is gripping, as are the wild, explosive vocals. It comes across as an expression of violent infernal ecstasy, and its ferocious energy is highly contagious.

If you’re drawn to explore Black Rites more fully (as I certainly am), I’ve included a full album stream after the video for the song I’ve written about. 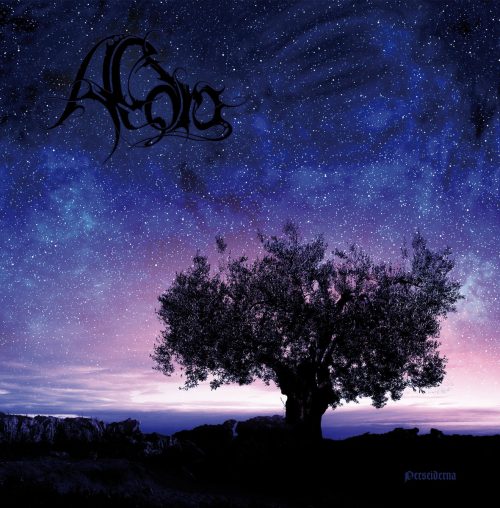 To close this collection I settled on music from the first album in six years by the American one-man project Æðra. The album’s name is Perseiderna and it’s due for release on December 17 by Naturmacht Productions. What you can hear below is an advance track named “Svartån”.

There’s a grim, warlike grandeur to the atmosphere of the song, but also fierce vibrancy in the pulsating bass, the swirling leads, and the boiling acidity of the vocals. It fills the senses with its pyrotechnical instrumental displays, and also includes dynamic breaks in the fireworks that move the music in engrossing new directions, including a passage near the end that incorporates jazz stylings before the strummed chords of the conclusion.

A hell of a song, and a promising herald for the album.