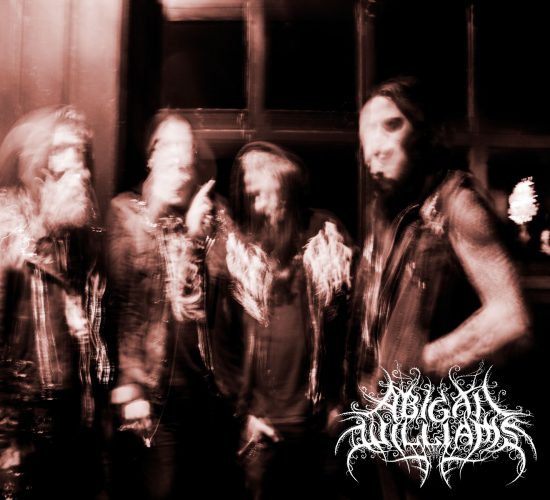 Almost exactly one year has passed since the release of The Accuser, and now at last we have a new song from Abigail Williams to share with you. This is a demo track that will eventually appear in final form on a future release. Its origins can be traced back to a time soon after the release of the band’s third album, Becoming, in 2012 (with the original version co-written by former AW member Ian Jekelis and AW’s Ken Sorceron), though it has been revisited and revised more recently by Sorceron.

The name of the song is “The Final Failure“. At more than 11 minutes in length, it’s a multifaceted and emotionally intense track that alternately smolders and burns, like a campfire that’s dying in a frigid and hostile wilderness despite efforts to revive it. Or it could be felt as an expression of beleaguered striving in the face of one bad twist of fate after another, ultimately ending in failure and a staggering collapse into desolating grief. 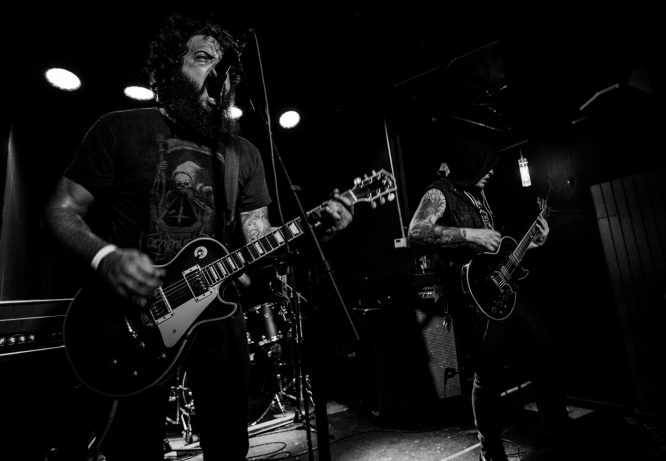 But that’s only how I interpret this intertwining of black metal and doom. You may find different meanings. But it is the kind of music that kindles a strong emotional response, the kind of song that carries your head away and may make you shake yourself to remember where you were when it began.

“The Final Failure” starts with a slow, mournful cello melody (performed by Christopher Brown) and ends with another one that’s even more deeply heart-wrenching. At the start, it’s joined by craggy, dissonant chords that quickly give the music a funereal air, and when the lead guitar melody makes its entrance, it’s also slow and bereaved.

The music builds in intensity through blasting drums, waves of guitar crashing like a storm tide, and wrenching shrieks mixed with stricken yells. The song pulses with fierce, tense vibrancy but slows again into a doom interlude, the drum beats becoming widely spaced and the vocals turning into long, cavernous roars.

The song surges in power again through thundering drums and riffing that whirls and lashes, augmented by a solo that sounds like a fire elemental freed from some sorcerous imprisonment.

When the cello returns — over the gunshot-sound of the drum beat — the music becomes indigo-dark and entrancing. There is one final burst of vocal fire and melodic intensity, with the pulsing strings of the cello and the guitar combining to mount a mournful assault on the senses over a deep double-bass earthquake in the low end. Then comes that really heart-breaking finish, the finale that may leave you wondering where you are after this transportive trip.

It’s a hell of a song, and one that may also leave you wondering where Abigail Williams will go next with their ever-evolving music. We hear there may be more singles to provide clues before the next album is recorded. 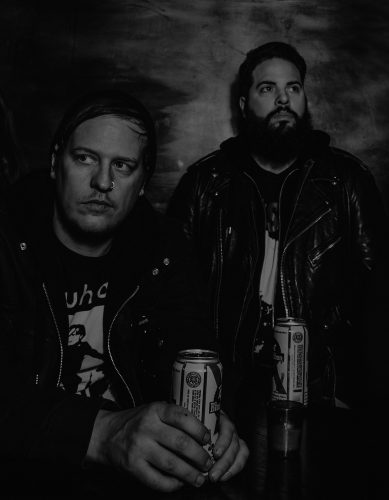 To download “The Final Failure” for a buck, go here:

And in other Abigail Williams news, the band have about two weeks left in their current tour with Wolvhammer and Amiensus. Check the dates and places in the flyer below our stream of “The Final Failure”. 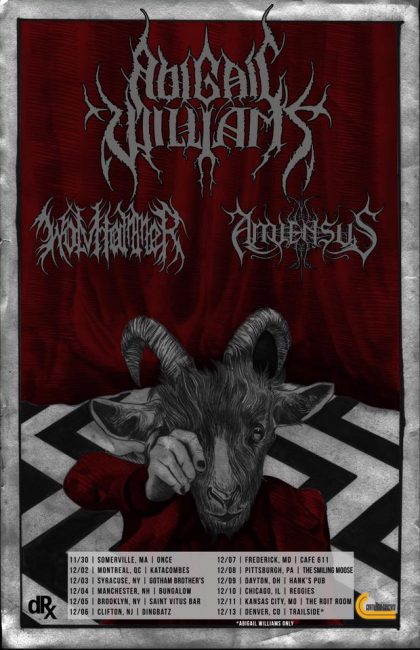 11 Responses to “AN NCS PREMIERE: ABIGAIL WILLIAMS: “THE FINAL FAILURE””