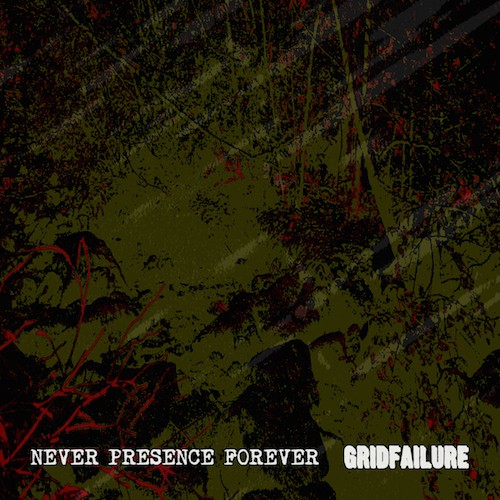 If you aren’t already dreading the holidays ahead, we can help fill them with dread, disorientation, and anxiety. At the very least, we can divert your mind and shunt it off along dark tangents where your imagination may flourish in interesting ways.

Actually, we won’t do any of that ourselves. We’re merely conduits to the people who will — the solo artists behind Never Presence Forever and Gridfailure, who have joined forces for a split that’s projected for both a digital and a tape release on December 23. We have a full stream of the split below — with a preface, of course, produced by a mind that has already been spellbound and then fragmented by these sounds. 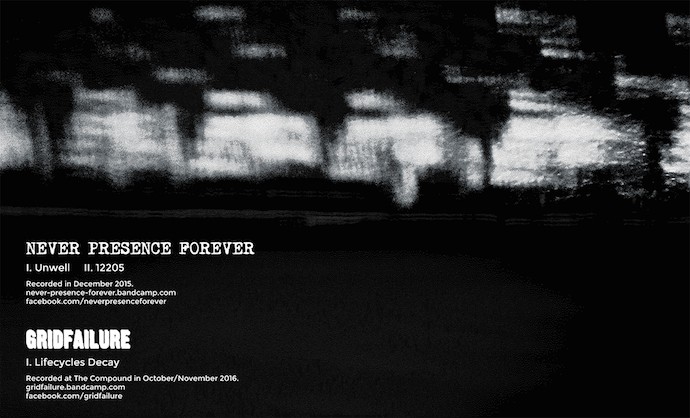 The anonymous creator behind NPF is based in Richmond, Virginia. With the exception of a hiatus from 2005 to 2010, the project has been active since 1998 with a catalogue of material that includes a collaboration with Dead Raven Choir, split releases with the likes of Isolated Existence, The Austrasian Goat, Monolith Zero, and Metaconqueror (among others), and compilation tracks for Yamabushi Recordings, Darker Days Ahead, Flingco Sound System, Misanthropic Agenda, and more.

For this split NPF has produced two tracks that are related yet quite different. The first one, “Unwell” is more than 10 minutes in length and powerfully hypnotic in its effect. For much of it’s duration, its like a long fall down a deep well into the abyss of your own darker thoughts, a fall that progresses more slowly than the pull of gravity would allow.

The drone of deep, layered, vibrating tones create a chilling and immersive effect, with something like a pulse that comes and goes. There are changes happening, but they are subtle, until the sound seems to swell and become more jagged and oppressive. And in the closing minutes other noises emerge that seem more unbalanced and increasingly distorted and discordant — the sound of reality fracturing, the sounds of screaming or the raking of steel nails down a chalkboard.

The spell may have been fractured at the end of “Unwell”, but the second one, “12205“, smashes what’s left of it in an assault of abrasive, destructive noise — the looping sound of something that resembles the industrial bending and tearing of sheet metal, during a magnitude 8 earthquake. It’s a form of ice cold, mechanized derangement, ugly and unnerving, with the sound of a hectoring voice crying repeatedly through the maelstrom of dismantling noise. 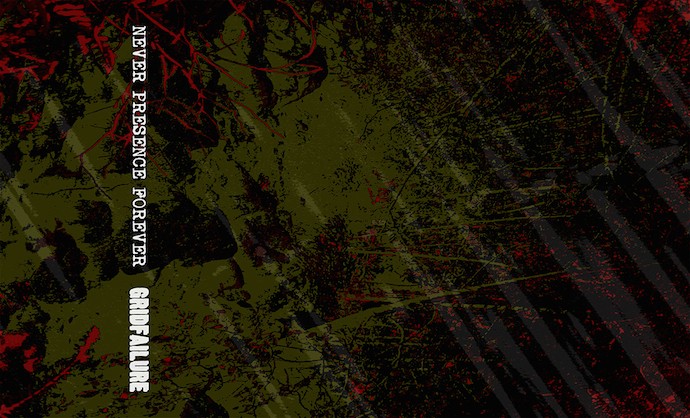 The solo artist behind Gridfailure is ensconced in the wooded Northern rim of the New York City metropolis. Although the project only came to life this year, Gridfailure has already produced an album, an EP, and a collaborative track with Walking Bombs prior to this split. Still more full-length albums, EPs, and collaborative releases are in the works and projected for release early next year.

For the split with NPF, Gridfailure has created a single track more than 15 minutes long, bearing the title “Lifecycles Decay“. It’s alien to its core, despite the fleeting resemblance of certain sounds to things you think you might have heard before. The combined effect is frighteningly fascinating, and the minutes pass before you know it.

I can’t resist attempting to describe the sounds and visions that passed through my own addled brain as I spun through this wormhole:

Grinding mechanistic noise and high shimmering tones coupled with deep droning vibrations create the landscape through which other abrasive noises come and go — things being torn apart and abraded into fragments and dust; some giant beast voraciously crunching bone to get at the marrow; radioactive isotopes decaying with incinerating effect; the recurring warble of celestial vibrations; police sirens wailing; the shrieking of torn metal; the cacophony of a disturbed aviary; the frequencies of a massive missile submarine moving through a lightless arctic trench; dark matter between the stars expressing itself; the shifting of tectonic plates beneath the surface of the earth; the rough, grinding rumble of earthmoving equipment and the frightening roll of thunder; the rhythmic driving of big pistons and crank-shafts; explosive detonations; the collapse of skyscrapers into broken streets; and maybe the voices of Lovecraftian monsters.

Well, I did say this was the kind of music that would set your imagination free. (There are field recordings in this track, but what’s real and what’s manufactured is anyone’s guess.)

The Never Presence Forever / Gridfailure split will be released independently in a run of 100 cassettes, and digitally through Bandcamp. December 23 is the target date. For more info, check the links below.

Both projects are at work on new material, and they say future collaborations are likely.