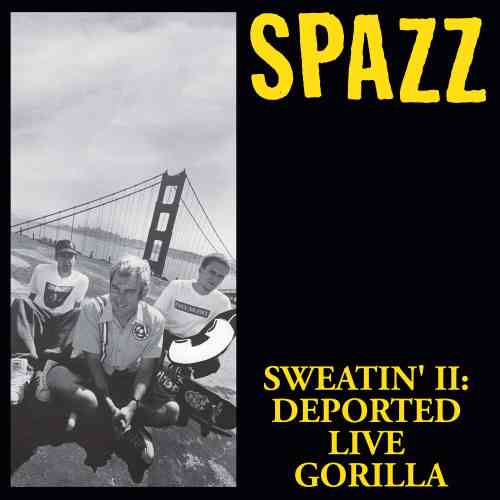 (Todd Manning reviews this re-mastered (or in some cases mastered for the first time) compilation of tracks by the now-defunct Spazz originally recorded from 1995-1996, plus a full live set from 1996.)

I always have drawn a rather false analogy when comparing music genres that goes something like, Metal is to Classical as Punk and Hardcore are to Jazz, trying to express the relative approaches of the musicians and their interactions as ensembles. More or less, Metal and Classical often seem to put a premium on a certain sort of precision, whereas Punk/Hardcore and Jazz, often at their best, rely on a tight sort of looseness, a sense that everything could fall apart at a moment’s notice, but yet the band manages to hold everything together, creating an enthralling dynamic tension.

All that being said, if most Hardcore were analogous to a Hard Bop quintet in full swing, then Powerviolence represented the most gonzo of Free Jazz ensembles, and Spazz was the king of the musical renegades. 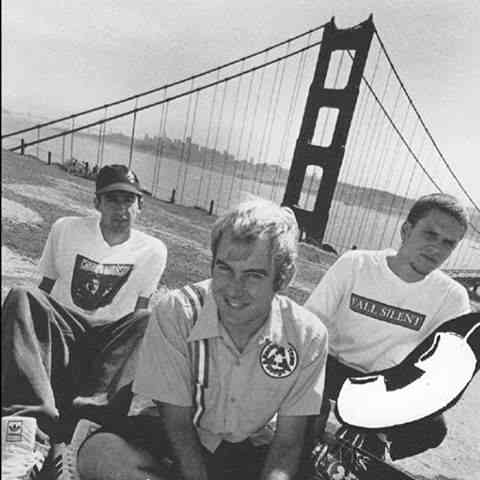 This year has already seen Tankcrimes reissue the trio’s iconic Sweatin’ to the Oldies and Sweatin’ 3: Skatin’, Satan and Katon, and now they are following those up with Sweatin’ II: Deported Live Gorilla. This release culls together 35 tracks including songs from their splits with Romantic Gorilla and Subversion, along with a full live set from KFJC radio in 1996.

The music here, for the uninitiated, is an unpredictable avalanche of blast beats, sludge breakdowns, furious punk, and gonzo samples. Hairpin turns and tempo changes create their own sense of exhilaration, and the band nail every change with precision. And while the genre might be best known for its paint-peeling speed, Spazz also excel at slow tempos. Just check out the crushing lurch of “Mervyns” or the Punk-Doom of “Daljeet’s Detonation”. Album closer “Elder Mutant Stomp” comes across as a full-on Melvins-esque improvisation.

As vital as all this material is, it is the live material that perhaps drives home my point most effectively. The trio is perfectly in sync throughout the set. There is a tightness to their execution that can’t be merely written off as counting off measures. There is a true group simpatico at work here, a sense of cohesion that any Jazz or R&B group would be happy to share. Yet the music and the between-song banter never let the listener forget they are listening to a full-fledged Punk assault.

Spazz are certainly deserving of both their legendary status and the reissue treatment. There is certainly a tongue-in-cheek element at play which will not sit well with those who can’t wipe the eternally grim scowls from their faces, but Spazz wouldn’t have it any other way.

Meanwhile, for those looking to expand their musical horizons, there is so much here to digest, not just in quantity but quality as well. Spazz illustrates a different way a band can excel musically, simplistic on the surface but subtly showing the benefits of endless hours of rehearsals and shared stage time together.

Sweatin’ II: Deported Live Gorilla will be released by Tankcrimes Records on December 9 (CD and digital). Pre-orders are available here:

And you can stream three tracks from the player below: