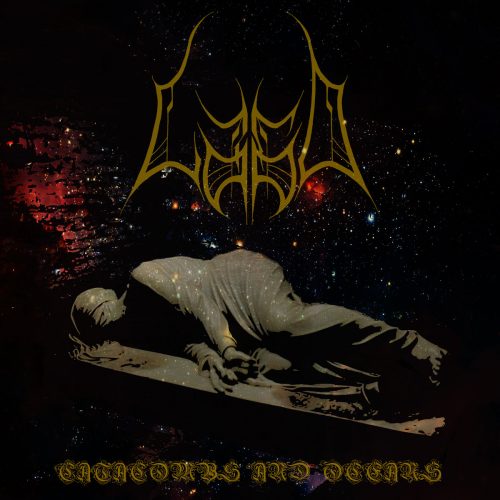 We go back a ways with the Arizona death metal band Lago, back to the discovery of their very impressive Tyranny demo in January 2013. They released an even more impressive debut album of the same name in 2014, from which we had the pleasure of premiering the first advance track. And since then we’ve been waiting to see what Lago would do next.

What they’ve done next is collaborate with the Polish war machine Calm Hatchery on one of the best short releases of the year, a powerhouse vinyl/digital split released on December 2 by Selfmadegod Records (Poland) and Battleground Records (U.S.). For that split, each band contributed one song — but if you buy the vinyl split (as I did) you’ll discover that it comes with a code for a secret bonus track by Lago that turns out to be maybe even better than the two staggering monsters that are visible on the track list.

It’s really far too good to remain hidden, and so today we get to bring you the premiere of a public stream, just as Lago is releasing the track as a digital single. The name of the song is “Catacombs and Oceans“. 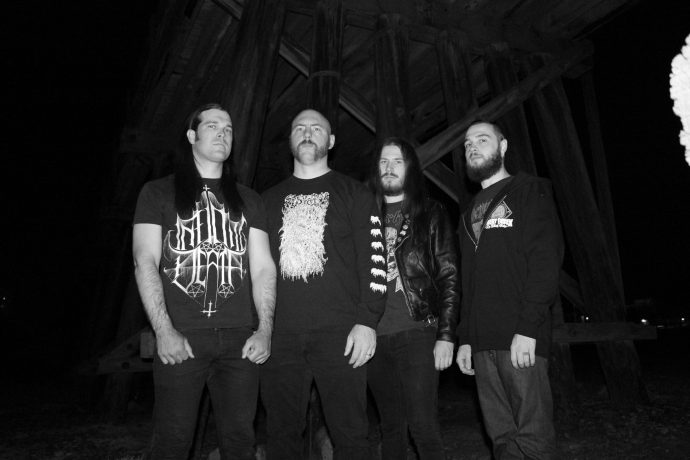 There’s a story worth telling about how the bonus track came to be. Roughly a year and a half passed after Lago recorded their main track for the Calm Hatchery split (“Dominion”) before the split was released. In that time, Lago underwent two line-up changes, and the new line-up decided to record something new, as a way of exploring possible directions for Lago’s next album. But once “Catacombs and Oceans” was finished, Lago were so happy with the outcome that it has become not only a foundation for their work on the next full-length but also a gift to people who decide to pick up the new split, and now a new single.

“Catacombs and Oceans” is so immense, so ominous, and so steeped in freezing darkness that it resembles a sonic black hole. Part of the resemblance is due to the heartless abyssal vocals, and then there’s the bone-splintering trauma of the rhythm section and the malignant, grinding savagery of the riffs. This crusher of a song also generates a chilling alien atmosphere through spectral, dissonant lead guitar arpeggios and an extended solo that’s technically impressive and also unearthly.

The song certainly kindles even more serious interest in what Lago will be bringing us with their next album, which they hope to record next spring or summer, and it’s also an excellent standalone piece of music to add to your collection of monstrous death metal while you wait.

Enjoy this previously hidden track below. We’ve also included a stream of the two listed tracks on the split, which originally premiered at Loudwire and which you should also definitely hear if you haven’t. To pick up the split, use these links:

One Response to “AN NCS PREMIERE: LAGO — “CATACOMBS AND OCEANS””