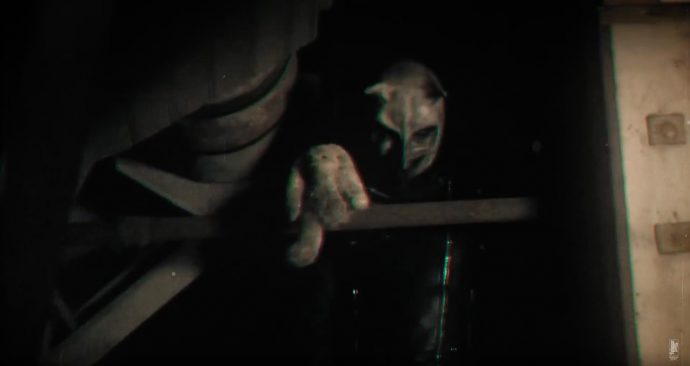 Terra Tenebrosa’s new album The Reverses received a lot of attention at our site this year, as it did just about everywhere else in the ghetto of metaldom. We reviewed it not once but twice, the second time in the context of a feature on all of the band’s albums to date. We also had the privilege of bringing you the first full stream of the record, and NCS writer Andy Synn named it one of 2016’s Great Albums. And now, as this year is about to gasp its last breaths, we’re helping to premiere a video for a song from the album — “Where Shadows Have Teeth“.

For those who still may not have explored The Reverses, allow me to quote excerpts from our two reviews:

“The Reverses is as heavy, as dense, and as radioactive as a cache of transuranic elements. It’s a visit to a nightmare realm where the shadows have teeth, the surreal musical equivalent of a Hieronymus Bosch landscape, a vision of hell, or perhaps the exorcism of hellish visions. It sinks its talons into the twisted nightshades that grow in the darker corners of the human psyche and shakes them until they quiver with fearful and fearsome excitement.”

“From start to finish The Reverses is a mental and physical ordeal that spits in the face of the orthodox, and laughs manically at any suggestion of normality.” 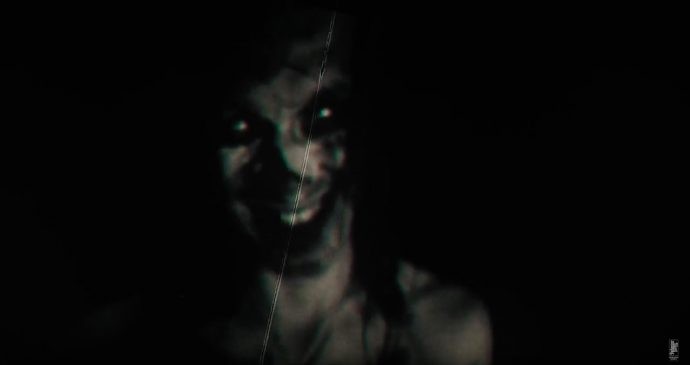 With respect to “Where Shadows Have Teeth”, we wrote that the song “positively thrums with electricity and ill-intent, splintered slivers of cyanotic melody piercing the surface of the song’s blackened shell, exposing its inner workings in a clamoring clash of cogs and gears, meat and marrow”.

Honestly, knowing the unsettling musical and visual aesthetic proclivities of Terra Tenebrosa, and being aware of the poisonous vibrancy of that song, we approached the viewing of the video with twinges of fear as well as excitement. We weren’t wrong to be fearful.

The video, which was produced and directed by Johnny Hell (Teratogenesis) and co-produced by Simon Tingell (Trickfabriken), is a nightmare tale populated by the appearance of faces and bodies from the shadows of some claustrophobic dwelling, creatures that bear only a fleeting resemblance to humans (including The Cuckoo himself, who has already proven he’s not quite human). Other imagery suggests a fairy tale that has been perverted, its innocence destroyed or twisted into increasingly grotesque forms.

Combining these visuals with the hard-driving horror of the song produces an experience that is equal parts unnerving and exhilarating. (But don’t watch this right before bedtime.)

The Reverses is available now from Debemur Morti Productions at this location, on digipack CD, gatefold 2×12″ vinyl LP, and a special-edition gatefold 2×12″ LP:

And you can stream and get a digital download of the album on Bandcamp here:

3 Responses to “AN NCS VIDEO PREMIERE: TERRA TENEBROSA — “WHERE SHADOWS HAVE TEETH””