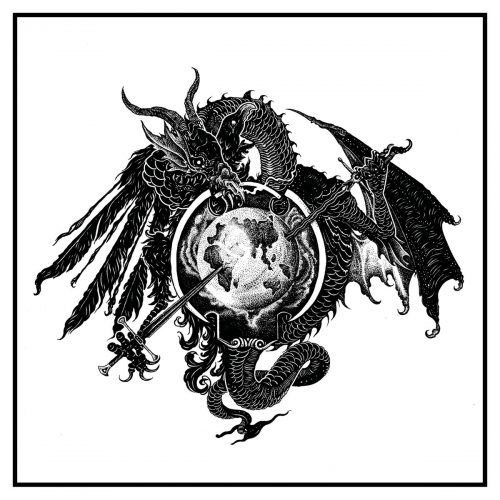 I was again torn between writing a “That’s Metal!” post, which I foolishly promised to do on the first Sunday of each month and still haven’t done for December — or January — and compiling another collection of recent music in a blackened vein. You can see how that internal struggle ended.

This split by these two distinctive Dutch bands was released on December 16 by Ván Records and is now available on Bandcamp. It includes three tracks by Kjeld and two by Wederganger. I had intended to write about it prior to release, but failed. It’s very good, and deserves more extensive discussion than I’m able to give it now. But with a full stream now available, it can speak quite well for itself. 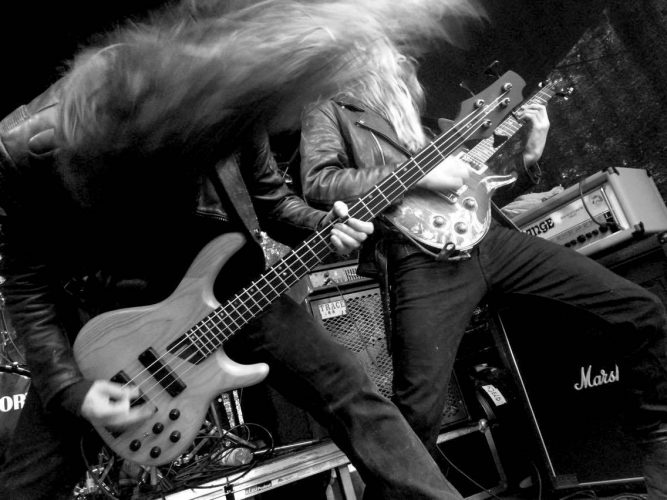 The three tracks by Kjeld follow their lone 2015 albym Skym and a 2015 split with Cirith Gorgor. The music is fierce and fiery, augmented by a maniacal vocal delivery and riveting drumwork, and the surging riffs are equally attention-grabbing, ranging from venomous and barbaric in their atmosphere to sweeping and majestic, with the melancholy grandeur of the latter passages enhanced by waves of soaring, mystical ambience. The songs are a great blend of frenzied intensity and compelling, evocative melody.

Like Kjeld, Wederganger released a full-length album in 2015, named Halfvergaan ontwaakt, and they participated in a split with Laster that was released last May. Wederganger’s two tracks make for a fine complement to Kjeld’s songs. There’s a swinging rhythm and a hooky opening riff in “Laaiende Haat”, which then alternates with bursts of savagery, just as ugly, cracked-ice vocals alternate with somber, near-operatic clean vocals. The song segues into a rocking back-beat without losing the music’s pervasive atmosphere of grimness. before one final burst of cold seething and swarming.

“De Galgenberg” alternately rocks  and rips, too, with the clean vocals taking center stage at the outset and eventually pairing with the harsh snarls in a duet. Atmospherically ominous throughout, the song again displays Wederganger’s ability to craft riffs that get stuck in the head damned fast. The deep muffled boom of a drum that surfaces periodically adds a further enticing accent to a dynamic track.

In a nutshell, this turns out to be one of the best splits I heard from 2016, coming just days before the year ended. 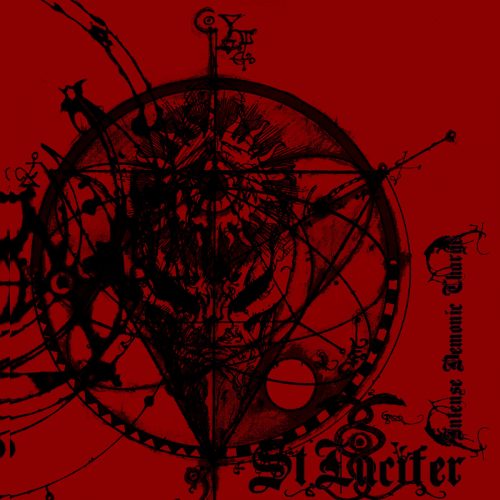 St. Lucifer is a one-man Austrian band consisting of P.K., who is also a member of the mighty Abigor. The project’s debut EP Intense Demonic Charge was released on December 23.

The five tracks on the EP are produced in a way that gives them bone-smashing heaviness and torrential power, while the warped riffs and cruel, barbarous vocals help conjure images of great dragons casting deep shadows over a quivering populous below. Whether stomping with imperialistic might, slithering with serpentine treacherousness, or rampaging in bursts of cyclonic chaos, the music is completely gripping — and often mind-altering.

The compositions are intricate and dynamic, atmospheric and adrenalizing, They’re also unerringly sinister and esoteric, in a way that earns the name St. Lucifer. A very, very impressive EP that risks being overlooked because of its late-year release date, and deserves much more attention than it seems to have received so far. 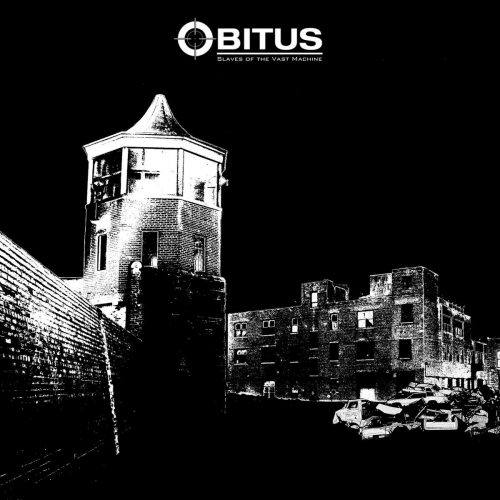 The Swedish duo Obitus (vocalist/lyricist Johan Huldtgren and multi-instrumentalist/composer Anders Ahlbäck) are not prolific, but when they do release new music, it’s worth close attention. Their debut album March of The Drones (reviewed here) was released in 2009, and all we’ve received from Obitus since then was the excellent single (“Panoticotopia”) they recorded for the Elemental Nightmares series of splits in 2014. But now they have a new album on the way.

Like March of the Drones, Slaves of the Vast Machine will be a single album-length song, this one 45 minutes in length. It will be co-released by Black Plague Records and Hypnotic Dirge Records on February 16. Recently a five-minute excerpt from this mammoth track was released for listening via Bandcamp.

For a mere excerpt, it’s incredibly potent. The dismal, dissonant melody generates a deeply dark and dire atmosphere, while at the same time the huge rhythms hammer your head with tremendous power. And that’s just a prelude to an explosion of blasting drums, blazing riffs, and caustic rasps that will mow you down like a blast front.

Very heavy, very intense, very dark music that should make you (as it does me) super-anxious to hear the rest of this monolithic creation. 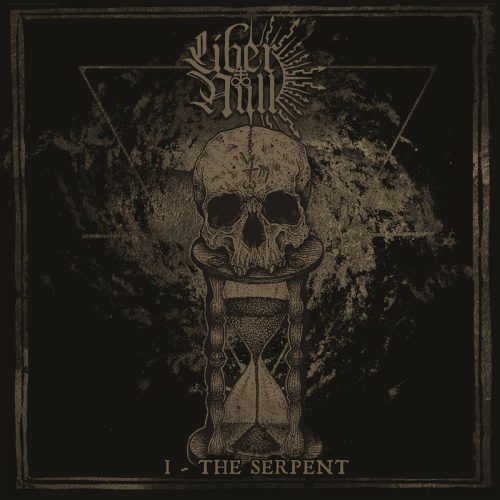 Liber Null is a multinational band composed of drummer Thorns (Blut Aus Nord, Darvaza, Fides Inversa, Frostmoon Eclipe, etc.), guitarist/bassist Ades, and vocalist Psaalm (Frostmoon Eclipse). Their debut album I, The Serpent was released by Osmose Productions on January 4. I’ve only heard the two songs available for streaming on Bandcamp, “The Unrepenting Son” and “Below and Beyond”.

The extended introduction to “Unrepenting Son”, composed of eerie ambient music, the tolling of a bell, and an adamant vocal sample, paves the way for an onslaught of rapidly scything riffs and predictably furious drumwork, with wild, inflamed howls rising above the warlike tumult. There’s a break in the high, buzzing riffs and militaristic percussion that then leads to a more stalking pace and an infernal but magisterial sequence of riffs and a somber but alluring melody. Liber Null then twist the power dial up for one further surge of electricity, while ending with acoustic notes.

“Below and Beyond” delivers another dynamic experience, this time delivering big, jolting riff-jabs along with bouts of ferocious ripping and tearing and dark, imperious processionals. A magnetically attractive track that, along with “Unrepenting Son”, serves as strong inducements to check out the album as a whole.

UPDATE: After writing this post I learned that the entirety of the album is available for streaming at the Osmose YouTube page here. 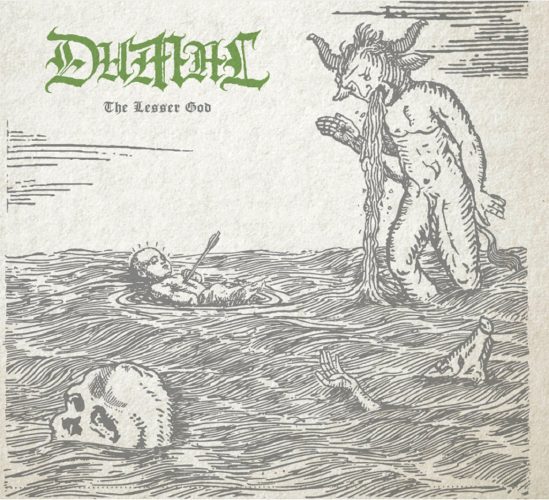 I didn’t know what to expect when I began listening to this next album, but it dropped my jaw from the very first track. Entitled The Lesser God, it’s the debut album of Pennsylvania’s Dumal and follows a pair of EPs and a pair of splits. It was released via Bandcamp on January 2. Dumal’s three members all appear to be in another band called Höllenlärm, but I was no more familiar with their output than I was with Dumal’s before encountering The Lesser God.

This spellbinding album really does deserve much more extensive praise and detailed discussion of its nuances than I’m able to give it here. It’s loaded with fierce energy, compelling atmospheric melodies, passionate, throat-tearing vocals, and skilled instrumental performances by everyone in the band (which the clarity of production allows you to appreciate). The music wears its emotions on its sleeve, and the songs are so well-written that they inspire a strong emotional response as well.

The opening track “Fane of the Clandestine” is the one that convinced me to dive all the way into the album, and it’s one of the early entrants to my list of 2017 “Most Infectious Song” candidates. But all of the songs on The Lesser God are enthralling and intensely memorable, whether sunk in the depths of despairing melancholy or surging with heart-swelling sensations of defiance and grim triumph that bring the music to the brink of the epic.

This is a real gem that should not be missed. I would guess it will appeal especially to fans of bands such as Winterfylleth and Falls of Rauros. 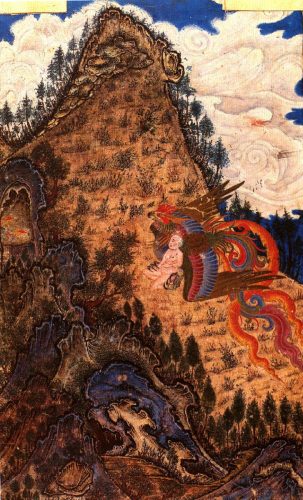 The lone man behind the band Akvan calls himself Vizaresa, named for a Zoroastrian demon. Born in the US to immigrants from Iran (where he says he was subjected to bullying and prejudice as a person of Iranian descent), he has since spent time in Iran, though as of 2015 he was living in Dubai (according to this 2015 interview). Thanks to a tip from our old friend Utmu, I discovered the most recent Akvan release, an EP released on December 26 named میراث (which I believe is Farsi, and appears to mean “legacy” or “heritage”).

Akvan describes the music is “black metal influenced by the art, literature, history, mythology, and music of Iran” that includes the use of distorted microtonal Iranian scales as well as traditional Iranian instruments, such as the ancient tar (which resembles a guitar).

The exotic acoustic melodies in these two songs (exotic at least to Western ears) flow through into the incendiary blasts of demonic black metal that follow them. Those melodies have a depressive cast, but are completely engrossing, as is Vizaresa’s skill in spinning out variations on the central themes and moving between different levels of intensity as the songs unfold.

The production gives the songs the right amount of abrasion and grit, but without submerging the acoustic elements in the storming of the metal instruments or the searing acid spray of the shrieking vocals.

Fascinating music to be sure. I hope for more to come from Akvan.