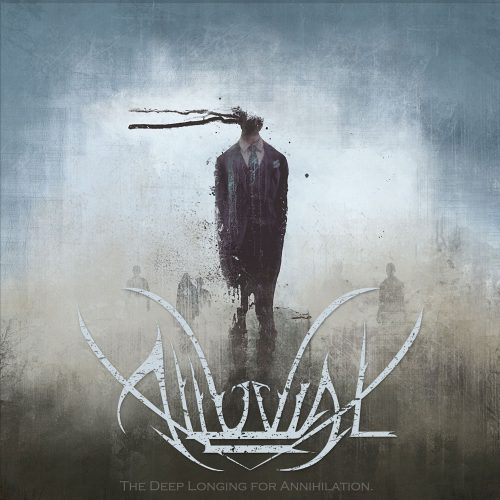 As someone who had some very dark times in the last couple of years, I was surprised in an oddly pleasant sort of way when I asked Keith for the promo of his new project Alluvial and he told me a bit about the inspiration for it. He and metallic wandering wunderkind Wes Hauch (Black Crown Initiate, Glass Casket, ex-The Faceless) had essentially written this album as a way of venting depressive and dark times they’d been through recently as well. The Deep Longing For Annihilation is a powerful, entrancing, and disgustingly bitter record, reflecting the emotions that went into this thing. 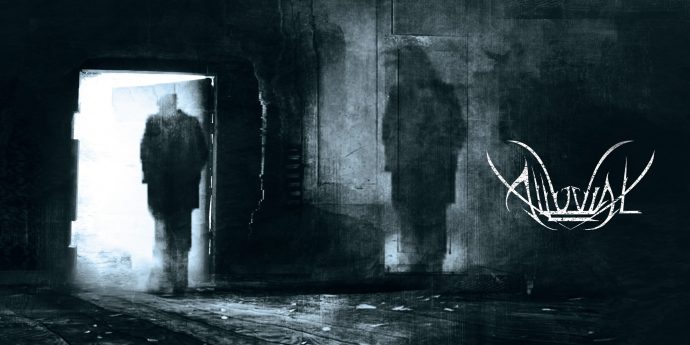 Instrumental metal is hard to write. I mean, yeah, there are bands, a lot of bands, who’ve got really stellar transition tracks that appear once on an album, or will have one instrumental track that’s more of a talent showcase than an actual song. But to write an entirely instrumental metal album has always seemed like a daunting task. Metal is definitely a vocal-normative style of music; riffs are usually written with the intent that they be accompanied by vocals, and there is a pretty heavy riff/vocal symbiotic relationship that has been established within the genre over time.

This is why Keith Merrow’s music has always been astounding to me — because he manages to defy all the difficulties that come from this with ease. The thing that makes Alluvial an even more challenging project is that it’s instrumental death metal. Until this record, I’ve never heard this work except for super-eccentric outliers such as Behold… The Arctopus.

The Deep Longing For Annihilation is distinctive in part because the record creates what might be the first of its kind in a new micro-genre. If I had to pick a descriptor for Alluvial beyond “instrumental metal”, it would be “depressive/suicidal technical death metal”. There is an abyssal mood to the music, the mix is suffocating, the riffs are saturated with the most obtuse of progressive death metal’s melodic undertones combined with the utter hopelessness and mangled chord work of a lot of the more bleak schools of black metal, mixed with some appropriately doom-y elements and some prog-rock reprieves that are mournful in character.

Most of the music is driven by pained, laborious grooves, and the riffs and melodies definitely serve that channeling of a depressive atmosphere. You can hear the sense of hopelessness during the more melody-driven moments and the more substantial, meaty riffs, while the more technical frantic bits just reek of the chaos of mental instability.

The way Alluvial ultimately achieve these effects is through a flawless mix of Keith Merrow’s smooth sense of groove and flowing dissonance and esoteric melodic shifts and technical flurries of frantic neural signals perhaps inspired by Wes Hauch’s participation on The Faceless’ Autotheism. Combine that with the kind of progressive morbidity found in Dark Fortress and you have something that shouldn’t work even on paper. I can’t explain to you how it does. Or maybe it’s because I just resonate with how bleak, desperate, and screaming this record is. You may actually have to be in a state of personal darkness for The Deep Longing For Annihilation to really click.

The sound of Alluvial in its totality is something entirely unique to my ears. It’s obvious by now that I really FEEL this music. It has all the sensibilities in metal I crave right now and shows two master craftsmen of their trade showing the rest of the world how you channel the darkest corners of the human psyche’s fragile nature with deathly precision, crushing weight, and forlorn agony. And they do it without voices. There’s a song on here in particular, “As The Crow Flies”, that by its title and music evokes one of the darkest times of my life recently.

I mainly enjoy music for the art of it these days — the technicality, the songcraft, the experimentation. It’s very rare that I’m emotionally sucked into a record any more. The Deep Longing For Annihilation dragged me into its endless void, willing to slit my wrists, prepare my noose, or hand me the overdose of pills, and left me with the thrill of still living after it was all over. A masterpiece of an album, the kind of music that gets down to metal at its core.

You can stream the record in full below. It’s available digitally on iTunes, Amazon, and here:

CDs can be found at this location.

2 Responses to “ALLUVIAL: “THE DEEP LONGING FOR ANNIHILATION””