As you know, I get very excited about new music on almost a daily basis. But this song… this song nearly made my heart explode the first time I heard it, and it brings my heart near to exploding every damned time I hear it. How many songs do that to you? 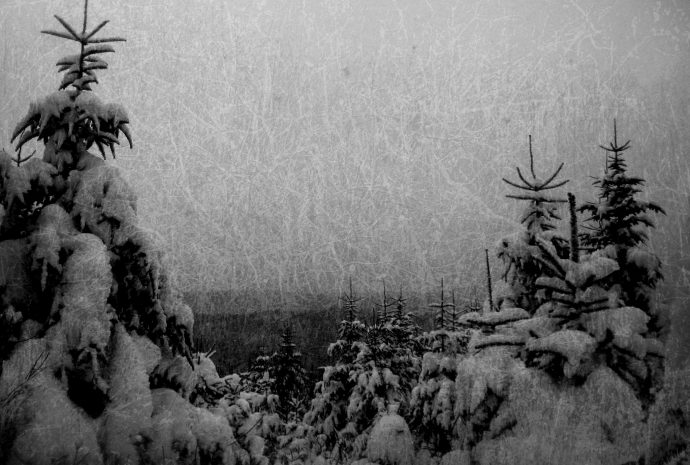 The song is “La Meute” and it comes from the album Cendres Célestes by Cantique Lépreux from Québec City, Québec. Long ago, French Canadian black metal established itself as a hot bed of fire and ferocity, but even in such a very talented underground collective, Cantique Lépreux stand out with this album.

Not that we gave this album the amount of attention it deserved. I wrote about two advance songs from the album almost one year ago, including the song I’m adding to my list today, but that really wasn’t nearly enough. This is a small way of making amends. 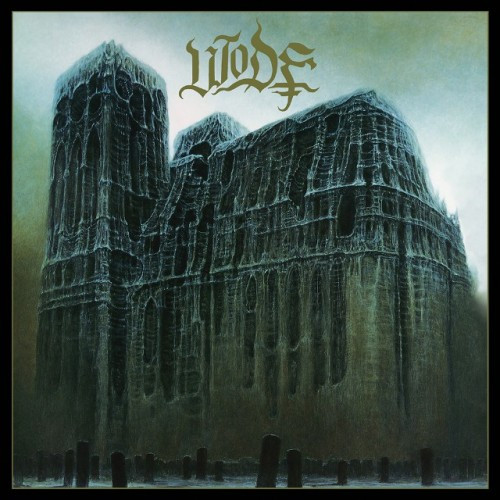 We gave more attention to Wode’s self-titled album than we did the first entry in today’s segment of this song list. Andy Synn named the album to his list of the year’s Critical Top 10, writing “quite frankly I haven’t heard another album this year which delivers the thrills and chills of pure, unadulterated Black Metal in the same way as this one.”

It really is a great album, and its opening track is especially great — and highly infectious.  I’ll steal some more of Andy’s words when he reviewed the album last May, praising its “more refined and keenly sharpened sense of style and bombast which, at its very best, is strongly reminiscent of early Emperor.”

“This impression is immediately felt as phenomenal opener ‘Death’s Edifice‘ kicks into high gear, burying its morose acoustic opening beneath a deluge of scything riffage, electrifying tremolo melodies, and sweeping, blasting drums. It’s a truly thrilling, elemental sound, with every aspect and every piece exactly where it needs to be, brimming with instantly memorable, insidiously catchy melodic touches and a seemingly endless series of coiling, cacophonous riffs.” 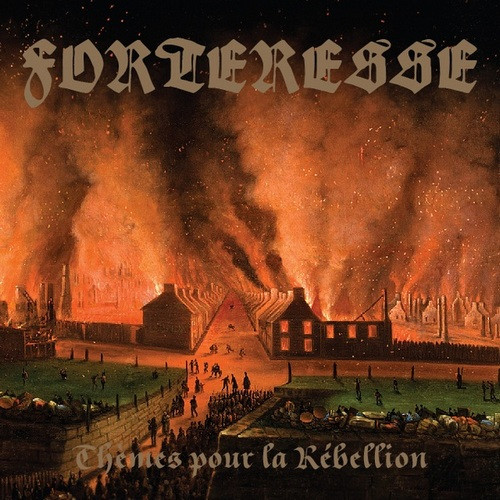 The year-end list of Panopticon’s Austin Lunn proved to be the most-read of all our LISTMANIA posts this season, and it included this praise for yet another standard-bearer of Métal Noir Quebecois:

“Forteresse return with a pummeling assault full of fury and history. I was extremely excited to hear of a new album coming from this Quebec quartet and it absolutely did not disappoint.  The melodies are fierce and razor-sharp with punishing drums and perfect production.”

I’ll also share a few of the words from our Norwegian friend Gorger’s NCS review of the album:

“The first thing I notice is the juicy and intensely powerful sound that surrounds this treaty for the rebellious Québécois revolution. The sound is not as necro as it used to be round the edges, but don’t despair, it is still sharp in both scratch guitars and rasping vocals, lacerating holes in the eardrums to provide the music with a passage so that it can flow freely and gnaw through the nerve fibres….

“The awesome-as-bloody-hell expression alone makes Thèmes pour la Rébellion a joy to listen to, while atmospheric spices, and almost subtle changes in drums, riffs, and vocals, are like flames, in ceaseless motion. Because the songs’ melodic and structural properties ain’t the easiest to spot and capture, I was unsure of the durability, but although the album seemed extremely sturdy at first encounter, it seems, if possible, even more killer after a good handful of spins.”

I will add my own endorsement to Gorger’s — this is an album that not only stands the test of repeated listening, its effect grows even more powerful the more you spin it. And I’ve found that “Là Où Nous Allons” is the most infectiously killer of the bunch. 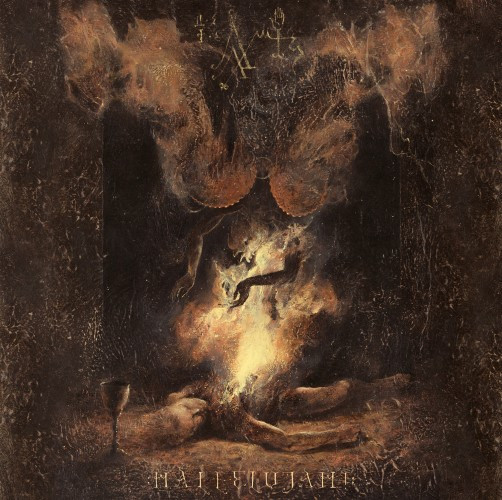 The next song I’m adding to this list is “Un Feu Indomptable“, and this time it comes from an album that I actually managed to review, along with our premiere of a full album stream — Hallelujah! by yet another Canadian black metal band, Gevurah. So I can now quote myself (hallelujah!):

“There may be a more overpoweringly intense album than Hallelujah! released this year, but I doubt it. The music vividly summons the terrifying majesty and ominous power of the fallen angel; it’s unrelenting in its pitch-black darkness and its devotion to the fierce power of chaos….

“This isn’t primitive, bestial black metal despite the force of its onslaught. It’s dense, intricate music, almost experimental in its approach at times, and the spiritual, ritualistic core of the album’s conception is never far from the surface.”

As dense, intense, and chaotic as the music is, it also does include elements that get stuck in the head, and this song in particular is stuck in mine.