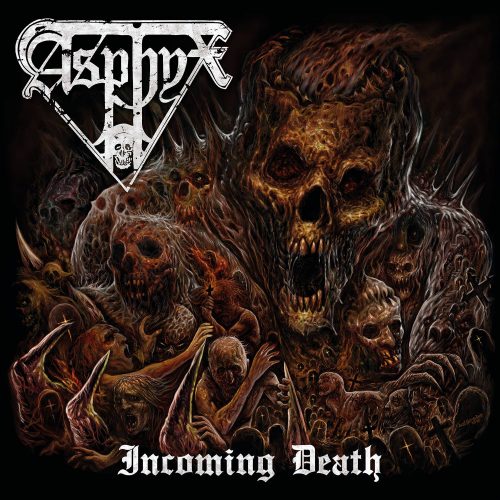 Astoundingly in this day and age, when more venerable metal bands with prominent names are phoning it in than showing they still have fire in their bellies, Asphyx released one of 2016’s mod satisfying death metal records. 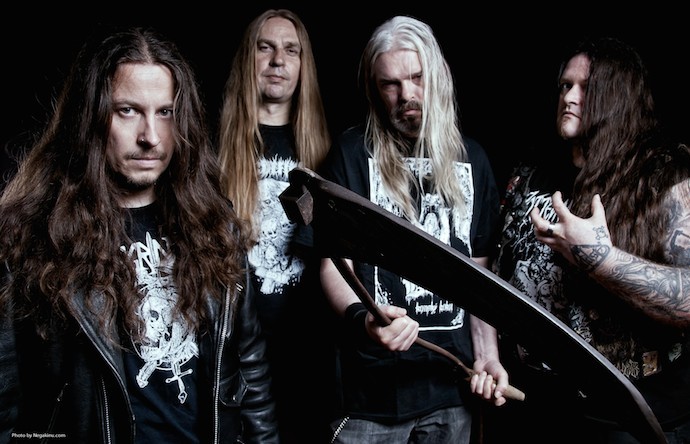 Incoming Death is loaded with tracks that get the blood pumping. Martin van Drunen’s distinctive and often-imitated voice still sounds like a panther coming in for the kill, and the heavy riffs in the songs have an equally distinctive melodic pulse and a vibrant rhythmic power that makes you want to move.

Really , every damned song on the album is infectious. I picked “Candiru” for this list, with the title track a close second. Hail Asphyx — long may they live.

Here’s another band who, like Asphyx, can trace their roots back to the ’80s and, after a premature burial, they’ve come roaring back with two ridiculously good albums since their resurrection, the second of which arrived in 2016.

Sorcery continue to create fantastic death metal that retains a strong old school flavor (which of course they helped create in the first place) but still sounds vibrant as hell. Ola Malmström’s wild voice has a lot to do with the music’s ripping vitality, but the band’s sure-handed songwriting and powerhouse performances are equally important.

By comparison to Asphyx and Sorcery, I guess you could say Gatecreeper are still wet behind the ears, but they sure as hell don’t sound like it. Their monstrously good 2016 debut album Sonoran Deprivation sounded like the work of hardened veterans.

The music on the album pulled from different styles of death metal, but the influence of bands like the first two in this collection is quite evident, without at all pushing Gatecreeper into a march of the clones. The astute way in which they combine elements from different styles of ferocity helped ensure that they wouldn’t be accused of merely parroting their elders.

My big problem wasn’t deciding that Gatecreeper deserved to be on this list. My problem was trying to tear myself away from “Carved Into Stone”, which isn’t a track on Sonoran Deprivation but instead a Gatecreeper contribution to their tremendous four-way split with Homewrecker, Outer Heaven, and Scorched.

I mean, nothing says I couldn’t have picked that song for this list — and I was sorely tempted to do that — but in the end I decided that it would be more fitting to choose the opener on Sonoran Deprivation — “Craving Flesh”.