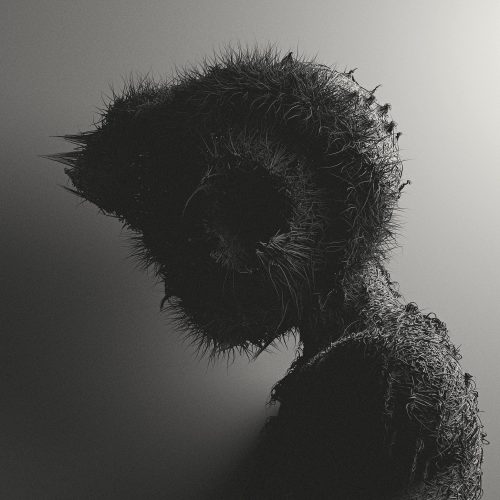 (We present Andy Synn’s review of the debut album by The Drowned God from Lansdale, PA.)

Never underestimate the value of good artwork. That’s my advice.

I frequently despair at some of the absolute crap that some bands, both new and old, choose to represent their music. If I see one more badly-drawn “Metal monster” cover that looks like it was produced by a toddler with more crayons than brain cells, or one more soulless and shiny photoshop rendering of a woman standing awkwardly in front of a generic post-apocalyptic landscape, it will be too soon.

Because, like it or not, your album art is often the first experience a potential fan has of your music. And first impressions count. As the old saying goes, the first bite is with the eyes…

Case in point, the fantastic artwork for Moonbearer by Can Pekdemir which you can see above immediately grabbed my attention the moment I laid eyes on it. Eye-catching, evocative, and a little haunting to look at, it immediately raised questions in my mind, questions like:

Who was this band?

What was the connection between their music and the strange, shadowy silhouette which adorns their cover?

And where the hell was I…? 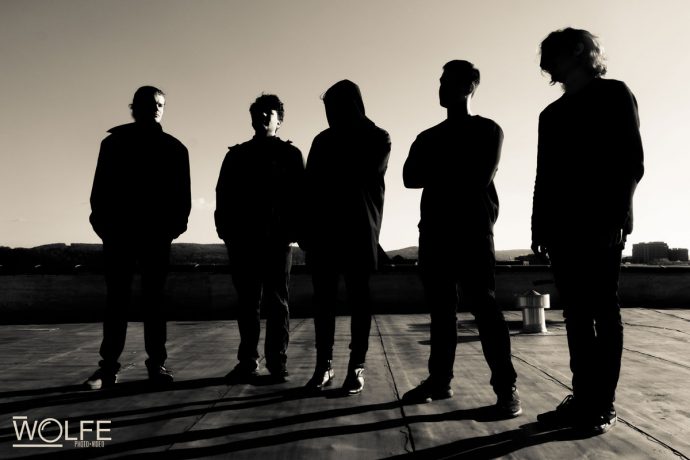 As it turns out the band in question were The Drowned God, a Post-Metal/Post-Hardcore/Post-Whatever quintet from Lansdale, Pennsylvania, and Moonbearer is their debut album.

And what an album it is.

Coming across like a moodier, more metallic version of Poison The Well at their most enigmatic and emotive, over the course of seven songs, the shortest of which (“Nighttime Lips”) clocks in at three minutes and twenty-one seconds in length, with the longest (“Moon”) running to a whopping thirteen minutes and change, the band lay themselves utterly bare before the listener in a manner that’s almost painfully intimate to experience. There’s not a note, not a scream, not a single moment on here that sounds anything less than utterly vital.

The doomy lurch of opener “Wayworm” is topped off with a truly emphatic, utterly cathartic vocal performance, eventually building to an unexpectedly solemn and melodic finale, while the twitchier, edgier vibe of “I’ll Catch the Back of Her Head” shamelessly shows off the band’s Hardcore roots — even as it toys with an eloquent mix of shimmering melody and off-kilter dissonance – and the somnolent ambience which introduces “Tomorrow Your Chest Cavity Will Be Alone” the more sedate and meditative side of their sound, all ringing chords, undulating bass lines, and simmering, slow-burn atmosphere.

The more metallic strains of “Darkness Comes Early Down Here” take things (appropriately enough) in an altogether darker and heavier direction, guitars gnashing and churning and hammering away beneath a furious array of raging, apoplectic vocals, all in direct contrast to the more ambient soundscapes which characterise the first half of the aforementioned “NIghttime Lips”, while the restrained power and surging electricity of “Sundowning” finds the song punching well above its weight class – not just in its snappier, more Post-Hardcore-tinged opening minutes, but also during the brooding, atmosphere-drenched ebb-and-flow of its second half.

The album concludes with the thirteen-minute monolith of “Moon”, which serves to bring all the different and disparate sides of the band’s eclectic personality together in one dynamic and weighty package.

Overflowing with morose and melancholy melody, grey-toned atmospherics, and densely packed layers of distorted guitars, it’s a clear example of the band at their very best, and those thirteen minutes seem to absolutely fly by in a hypnotic parade of spacious ambience, riveting riffage, and hoarse, heart-wrenching vocals.

I have to confess that, as mesmerising and captivating as this album is, in truth I’m not entirely sure how much, if at all, it will appeal to our readers. I simply don’t keep track of the developing demographics and prominent trends closely enough to know who most of our readership are these days, or what they like.

But I do know that Moonbearer is well worth investigating by anyone with an onus for music that’s driven solely by passion in its purest, most unadulterated form.

7 Responses to “THE DROWNED GOD: “MOONBEARER””