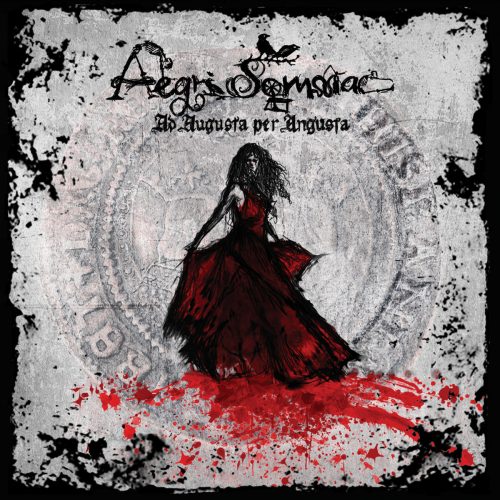 The opportunity to premiere the fascinating debut album by the Spanish band Aegri Somnia is a special pleasure for me, and therein lies a story that I will tell — and part of that story includes commentary about the music by a friend of mine who I think of as a Renaissance man, an American close to my own advanced age who spent much of his younger formative years living in Madrid, and hasn’t ever lost his fascination for the country and its people. For this purpose I’ll refer to him as Oudekerk.

But first, an introduction to the band and the music. 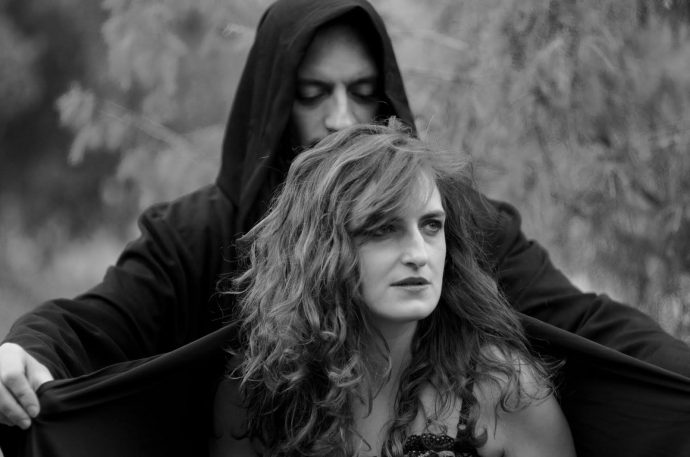 Aegri Somnia is a collaboration between two Spanish artists with very different backgrounds — Cristina R. Galván (aka Lady Carrot), who comes from the world of Castillian folk music, and Nightmarer, who has been a participant in the avant-garde metal bands As Light Dies and Garth Arum. I’ll borrow their own words in explaining the genesis of their collaboration:

“It all began in 2012 in an old and haunted house located in a northern Spanish valley, surrounded by loneliness, silence and the smell of wet earth. In an old iron kitchen where termites were almost heard devouring the wooden beams, a musical session was improvised with a tambourine, cookware as percussion, traditional songs and lugubrious chords coming from an electric guitar.

“Two vastly different worlds converged and married in the eyes of the silent and celebrating spirits who inhabited the house. And thus Aegri Somnia was born, Spanish traditional music, unknown even for most of Spanish people, mixed with a harmonic eccentricity typical of musical styles such as black metal. Songs reinforced with a bittersweet soundtrack which emphasizes the message our ancestors passed to us.” 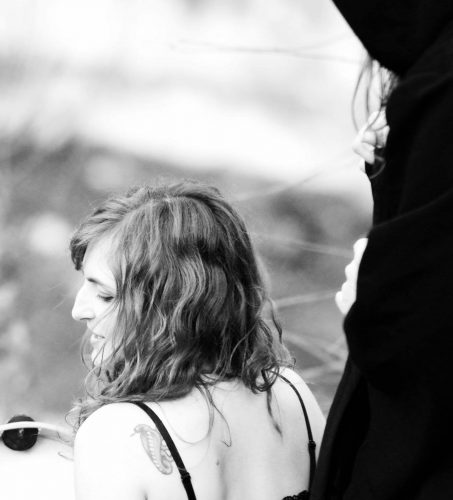 And so, this album Ad Augusta per Angusta was the result of that union. It is, in the band’s words…

“… a compilation of Iberian popular folk songs from the late 19th and the early 20th century. A travel through the rural Spain watered by our ancestors’ sweat and blood, an approach to the magical Spain with its lights and its shadows, and a gaze into the abyss of the black and tenebrous Spain with the inner cruelty and brutality of human beings. Pieces of memory, tradition, secrets and myths transmitted over the years from generation to generation, around bonfires, while long working days under the sun or during celebrations. Small samples of popular wisdom which, unlike others already entered into the mists of time and have been rescued from our elder memory before their demise.”

You’ll get a further sense of what’s unusual about the songs by looking at the list of instruments performed by these two artists:

A further explanation of the album and its instrumentation is available from Cristina Galván in this video:

And with this background, I’ll turn to that story I promised. 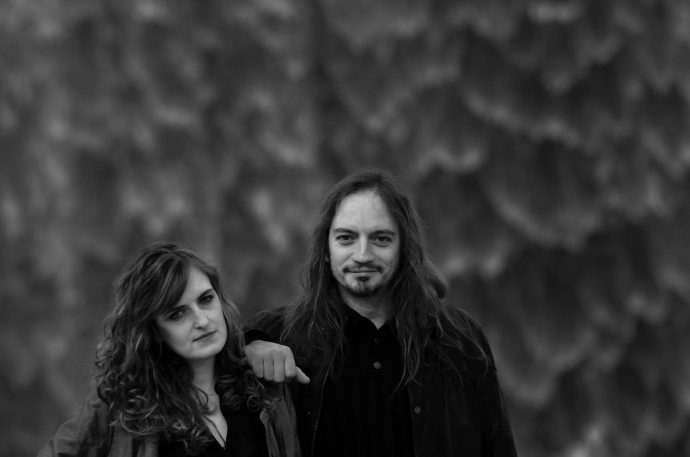 When I heard the first two songs from this album that had been released for public streaming, “Ronda De Mayo” and “Señor Platero”, I shared them with Oudekerk. You certainly couldn’t call him a metalhead, but I thought he might appreciate Aegri Somnia’s creations both because of his own knowledge of Spain and affection for it and because he seems to have eclectic musical tastes and an open mind.

He was quite taken with those two songs, and wrote me the following note, which I’ve edited slightly because it was a private message, and which I’m now sharing with Oudekerk’s permission:

As you pointed out on NCS, this pair has done some really interesting things by blending a number of different “heirloom” Spanish musical genres, including some that date back to the pagan era (pre-300 AD). Because of Spain’s history, even this ancient music has taken on various newer influences including Celtic, Visigothic, Arab and Sephardic Jewish scales, tones, measures, and flourishes.

I think that Aegri Somnia’s work continues the tradition of synthesis by impressively combining these ancient influences with newer twists that the band’s instrumentalist (Nightmarer) describes as “metal on the vanguard.”

The singer, Cristina Galván, apparently is the one with the deep knowledge of Spanish folkloric music, including ones from the Madrid (Castilla – La Mancha) region and elsewhere.

The first song you listed on NCS, “Ronda de Mayo,” originated in a tiny town north of Madrid called Paredes de Buítrago. There are several interesting dimensions to the song and its origin. First, it’s a celebration of the last night of April and the first day of May – the end of winter and the start of planting season.

One of the videos Galván has posted (here) highlights the origins and strangely syncopated beat of the song. It also highlights how spectacular her voice is, even sitting on her sofa at home. In the notes to the video, she also points out that the “Ronda” form is heavily influenced by Arab music. Another song is here.

This is rather “inside baseball”, so ignore it if you wish: I don’t know whether the band realized the rather humorous image conjured up by the name of the town the song comes from. Paredes de Buítrago, the town name, means “walls of vulture roosts,” which seems a rather strange counterpoint to a song about planting seeds and springtime desire. Rather metal, actually….

Galván has posted several other videos, which I think are intended for primary school students, so I surmise that she may be a school teacher in addition to being a musician. The videos are interesting, in that they explain the various different forms of Spanish folkloric songs, the measures involved, etc., but she also demonstrates them on a tambourine in a pretty amazing display of musicianship. Also, should you wish, you can learn how to play spoons like a Spaniard!

I mentioned that there was something about the band’s work that reminded me of Sephardic (Spanish Jewish) music. The Jews were kicked out of Spain at the same time as the Muslims, in 1492. Here is a link to a song that might prove my point (or not).

One of the pieces I read on them said that the two principals started Aegri Somnia in a rented old (they say haunted) house in a valley in the northern Spanish countryside five years ago. The album is obviously a labor of love, with that kind of gestation period. 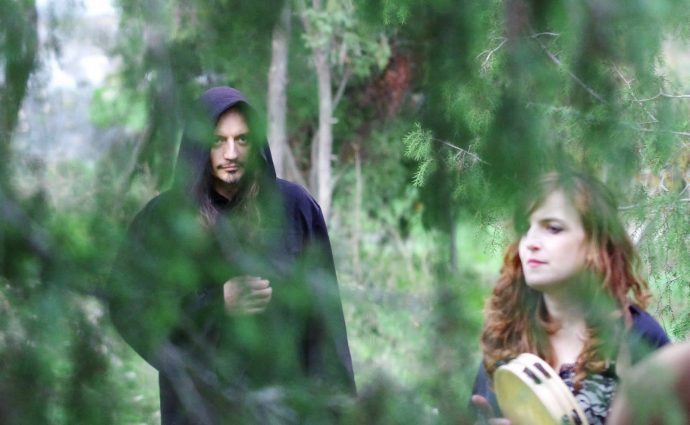 And yes, it’s evident, even from simply listening, that this album is a labor of love — a labor that has produced something rare and entrancing, vibrant and moody, exotic and evocative. I hope you get lost in it just as I have.

The album was produced, recorded, and mixed by Nightmarer at Fireflowers Studios from 2011 to 2016. It was mastered by Simon Da Silva at Empty Hall Studios.

The album will be jointly released on January 30 as a digital download and in a jewel-box CD with a 12-page booklet by Symbol of Domination Productions (Belarus) and  United By Chaos (Finland). You can order it here:

Check these lengths for further information about the album and the band: