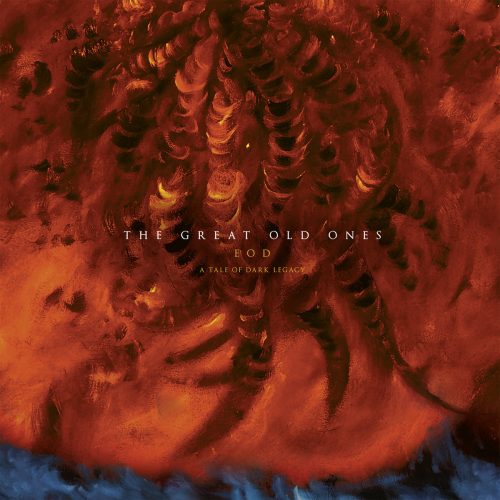 (Here is Andy Synn’s review of the new old one by The Great Old Ones from France.)

As much as I generally like to give my reviews some sort of concept or over-arching theme, sometimes there are only two questions which really matter – “is it a good album?”, and “is it as good as their last one?”

In the case of EOD: A Tale of Dark Legacy, the third album by French cabalists The Great Old Ones, the answers to those questions are: 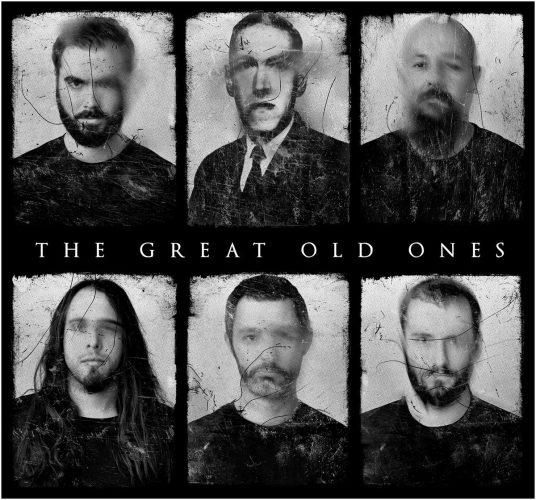 Don’t get me wrong, this is still a really good album. But its predecessor was, in my humble opinion at least, one of the best albums of 2014, and thus was always going to be a tough act to follow.

Maybe it’s best to think about it in cinematic terms – if Tekeli-li was the unexpected underground classic (which will, inevitably, end up getting a terrible remake somewhere down the line), then EOD is the big-budget sequel, bringing back some of the original cast for an all-new adventure, complete with bigger action, bigger set-pieces, and bigger special effects.

Basically you can think of Tekeli-li as Alien – genre-defining and influential – and EOD as Aliens – crowd-pleasing and critically-acclaimed. Well, hopefully…

And, like Aliens, EOD is definitely a bigger, more bombastic album than its predecessor. Particularly when you take into account the presence of a heavier, more aggressive undercurrent of murky dissonance, reminiscent of bands like Incantation and Phobocosm.

But bigger doesn’t always mean better, and I do feel that, for all it gains in terms of presence and impact, it doesn’t quite conjure the same sense of otherworldly atmosphere and flesh-chilling dread as its predecessor.

That doesn’t mean it’s not a strong album though. Disregarding the somewhat throwaway intro and interlude tracks, “Searching for R. Olmstead” and “Wanderings”, pulse-raising numbers like “The Shadow Over Innsmouth” and “When The Stars Align” still stand out head and shoulders above the majority of the band’s peers and rivals.

The latter in particular is not only the shortest “proper” song the band have ever composed, but also one of the very best, packing more ferociously intense riffage, creepy ambience, and bleak, morbid melody into four minutes and forty-eight seconds than seems physically possible.

But then, Lovecraft and his disciples were never huge fans of standard Euclidean space and geometry anyway… 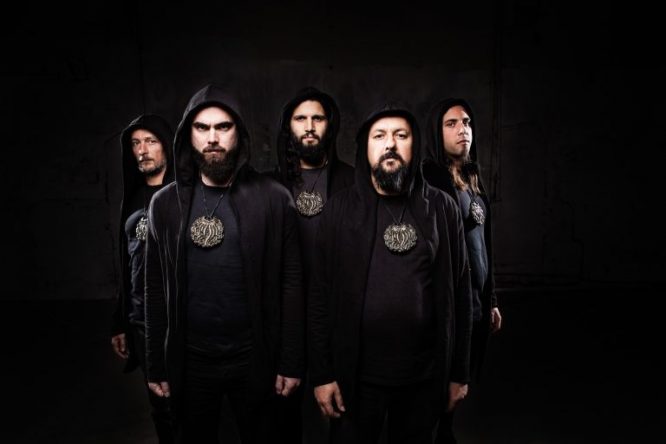 The album’s chief flaw, however, the one which (in my mind at least) keeps it from fully matching its predecessor, is that the flow between the individual songs simply isn’t quite as fluid and as natural as perhaps it should be. Each track, each chapter, of the overall story seems to stand a little bit apart from the others, and the (previously invisible) seams that join them together are just that little bit more noticeable this time around.

It’s not a complete deal-breaker of course, nor should it ruin your enjoyment of the album as a whole. In fact, if I could return to my earlier Alien/Aliens comparison for a moment, it wouldn’t surprise me if there end up being many people who prefer EOD to Tekeli-li, as there are good arguments which could be made in favour of both albums.

But, as it’s my judgement and assessment you’re here for, I have to say that EOD, when all is said and done, isn’t quite as gripping and enthralling as its forebear.

The ominous, churning maelstrom of “The Ritual” and the feral frenzy of “In Screams and Flames”, for example, may well be solid songs in their own right, but it’s not until the eldritch odyssey of magnificent closer “Mare Infinitum” that the band manage to recapture the same sense of spell-binding intensity and spine-tingling menace which made their last album so untouchable, producing in the process one of the most captivating and soul-crushing compositions of their career thus far.

Despite the criticisms I’ve laid out above though (which are, really, relatively minor in the grand scheme of things), EOD is still a very good album. In fact both “When The Stars Align” and “Mare Infinitum” are almost worth the price of admission alone. It just so happens that it’s not quite as good as the album which preceded it.

But that’s like saying that a Shantak isn’t quite as dangerous as a Shuggoth. You’re going to end up just as dead either way. And that’s if you’re lucky.

The album will be released on January 27 by Season of Mist. The cover art was created by Jeff Grimal. Order here. A full album stream begins below.

4 Responses to “THE GREAT OLD ONES: “EOD: A TALE OF DARK LEGACY””