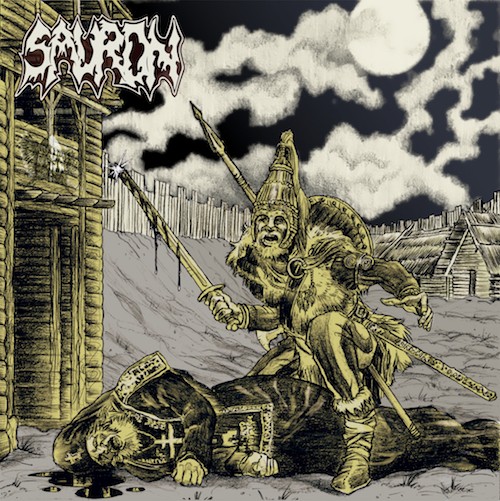 The Polish band Sauron first took shape in 1991, discharging their first demo Hellish Requiem in 1993 and a second one named The Baltic Fog in 1995, helping to introduce the sound of pagan black metal within their homeland. The band broke up in 1999 but resurrected themselves in 2003, and since then have released four albums, including the powerful Wara! in 2016 (which we wrote about here).

Now, Wheelwright Productions is re-releasing The Baltic Fog in a new remastered vinyl LP edition, with a release date of March 3. In advance of the release, we’re helping to premiere a single from The Baltic Fog named “Klasztor“, which includes cover art for the single created by Robert A. von Ritter (Outre, Witchmaster, In Twilight’s Embrace, etc.). 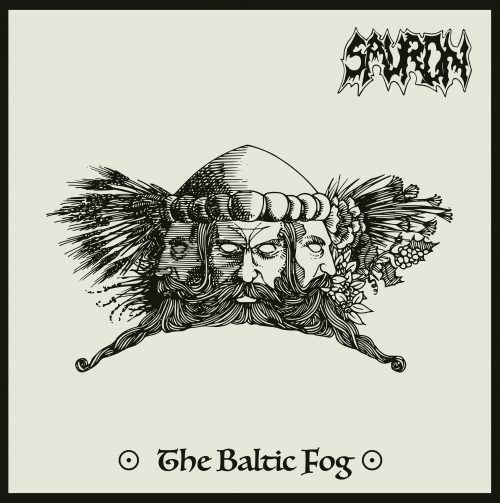 “Klasztor” has aged well — very well. It begins as a sinister, mid-paced monster. It becomes a savage assault, the drums thundering, the bass pulsating , the hailstorm riffs ripping and tearing, the voice expelling fire and acid. As the drum rhythm changes to a lurching cadence, the music’s atmosphere becomes even more malignant and ominous. But maybe the best part of the song is still yet to come — a haven for headbangers lies ahead, before one final paroxysm of fury.

The Baltic Fog was originally recorded in 1995 at ZSE Studio in Radom, Poland. For this new vinyl edition it was remastered by Haldor Grunberg at Satanic Audio (Thaw, Mentor). It will be limited to 200 copies and will come with an exclusive double sided A2 poster with drawings by Krzysztof “Sirkis” Grzywacz (North) and Robert A. von Ritter. The cover drawing for this new edition was created by Magdalena Jędrzejczak-Nalazek.

You can pre-order the vinyl edition here:

The Baltic Fog track list:
1. In the Glare of the Black Candles
2. Klasztor
3. Hellish Requiem
4. The Baltic Fog
5. In the Shadow of Svantevit
6. Grave
7. Necromansy
8. The Deepest Night of Arkona