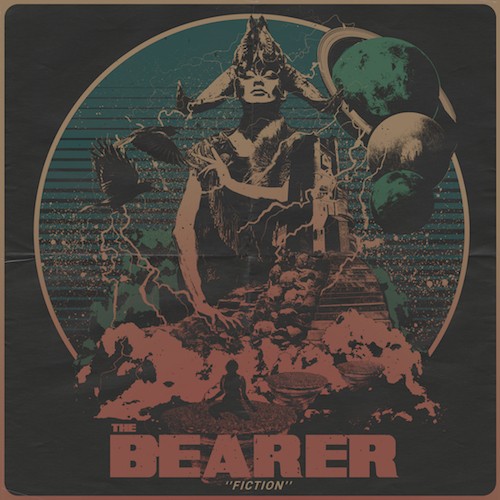 I suppose I’ll always have a soft spot for bands from Austin, Texas, as it’s the place where I was born, spent the first 18 years of life, and return to frequently. But hopefully I’m not soft in the head when it comes to evaluating music from Austin. In this case, you can be the judge of that.

What we have for you here is a song called “Maru Says Hello” from a new EP by Austin’s The Bearer. Entitled Fiction, it will be jointly released on March 10 (digital and vinyl) by CoinTossRecords and Blasphemour Records, and it’s available for pre-order as of today. 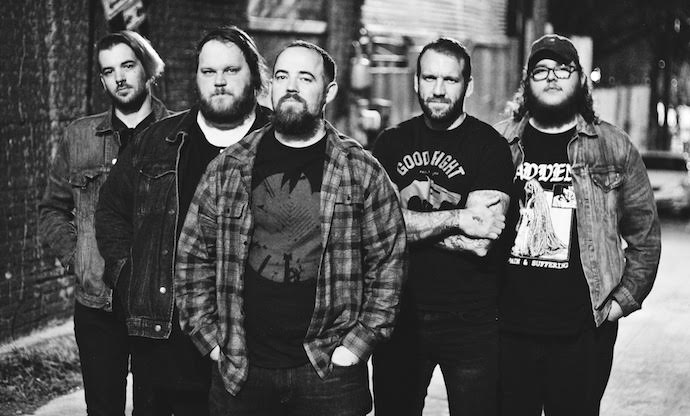 This five-track EP is The Bearer’s second recording, following a self-titled EP released last year. This new one features concept songs based on science fiction movies, books, TV shows, and video games such as Dune, Blade Runner, The X-files, and Doom. Of the specific song we’re premiering today, the band’s guitarist Michael shared these comments with us:

“There is sometimes a fine line between what is real and what we perceive to be the truth. Lyrically, the song is the perspective of two separate people; one who’s foundation is in facts and the other, on their faith. It explores how faith-based facts can be terrifying. Oh…also… X- Files!

“Musically, this song was born out of the lyrics. The idea that truth can sometimes be relative, messy, and completely fabricated. The verses are aggressive and pushy, while the choruses are reserved and open, but still dark. Then you get lead into a bridge that just punches you in the face.”

There is indeed an aura of eerie darkness that surrounds the song and surfaces like a slithering viper from the shadows in the melody, but it’s also true that the song delivers a furious battering as well. It seethes, romps, and eventually hits a jackhammering groove that’s best experienced after you’ve loosened up your neck muscles. And really, that’s quite a lot to accomplish in less than three minutes — which is one reason the song is such a vibrant and visceral power surge.

Fiction was recorded in Austin with Andrew Hernandez (The Sword, Mammoth Grinder) at Estuary Recording Facility. Digital mastering was done by Simon Sludge (Nightmarer, War From A Harlots Mouth), and the vinyl master was put in the capable hands of Alan Douches of West West Side Music. The cover art, in alternate editions from each label, was created by Alexandre Goulet (Despised Icon, Meet the Mailman).

The vinyl edition of Fiction will be pressed on a blue trans with deep purple and yellow splatter 7″. The digital edition will be available on iTunes, Bandcamp, Spotify, and other digital platforms. Pre-orders can be placed via these links:

And in other news, The Bearer will be performing live at these upcoming fests: