The first piece of attention-grabbing artwork I’ve collected here (above) was created by the Chilean artist Nekronikon for the new album by Italy’s Antropofagus. Entitled M.O.R.T.E. – Methods Of Resurrection Through Evisceration, it will be released May 12 on CD via Comatose Music and on vinyl via Everlasting Spew Records. 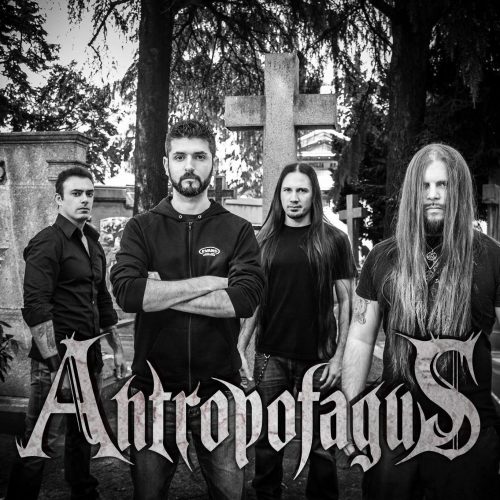 Veteran guitarist Ted O’Neill from the band Oblivion gave us a guest review for the last Antropofagus album that began this way:

“When brutal death metal is done to perfection it comes off as a beautifully orchestrated cacophony of violence, mayhem, and musicianship. While it may not be everyone’s cup of tea, there is a certain elegance about it. Enter Italy’s Antropofagus and their 2012 release Architecture of Lust. This is not an album with much crossover appeal to those who aren’t fans of the genre. This is the REAL stuff, pure, undistilled, untainted, and unrelenting. Just a titanic slab of absolute bone-crushing, spine-jarring death metal.”

And here are a couple of comments about the new album. The first comes from guitarist and songwriter Francesco “Meatgrinder” Montesanti:

“We decided to go with a warmer and “fatter” sound this time. Tunes are more straight to your face than the ones in AOL, more groovy, I’d say this is the most old schoolish and evil Antropofagus album to date. Me and Dave worked hard to make sure this album would’ve had a deeper, sanguineous sound and I’ve also went from a 6 to a 7 strings guitar this time.

“I’d say Morbid Angel and Hate Eternal have been the strongest influences while writing this album, but the Antropofagus trademark it’s definitely there, so expect BRUTALITY! Probably our most balanced and mature album so far.”.

And here’s a statement by vocalist Mattia “Tya” De Fazio (also a member of Mindful of Pripyat, whose new music we’ve featured in these pages recently):

“This is definitely the Antropofagus album which we worked the most on, the one that required the highest tribute from us. As on a conceptual level, it’s drenched of my own blood.

“M.O.R.T.E. is a continual succession of thoughts, shadows and nightmares shaped into music, extreme and hate-filled against all which is dogmatic to humanity’s eyes. A process of rebirth through the evisceration of my own self.”

Misanthropic-Art is responsible for the stunning cover for Death Ordinance, the forthcoming full-length debut by New Zealand’s Heresiarch. It will be released by Dark Descent later this year.

This continues Heresiarch’s affiliation with strikingly talented artists. The exterior and interior artwork for the vinyl edition of their 2011 EP Hammer of Intransigence, created by Nick Keller, is still one of my favorites among Keller’s amazing works (view them here along with my review). The cover for their next release, 2014’s Wælwulf, was also a killer (featured here).

Perhaps needless to say, I’m a big fan of Heresiarch’s brand of black/death supremacy and am now quite anxious to hear what they’ve accomplished on this new album. A taste of what’s coming can be found in a video of the band’s live performance in Wellington, NZ, last November, featuring one of the new songs — “Ruination”, a name that nicely sums up the impact of the video. Holy shit, is it explosive. I’ve embedded it below.

And in other Heresiarch news, they will be coming to the U.S. and Canadian west coast for a tour in June. The event page for that is here, and the schedule is below — with a Seattle date on the list at my favorite hometown venue! 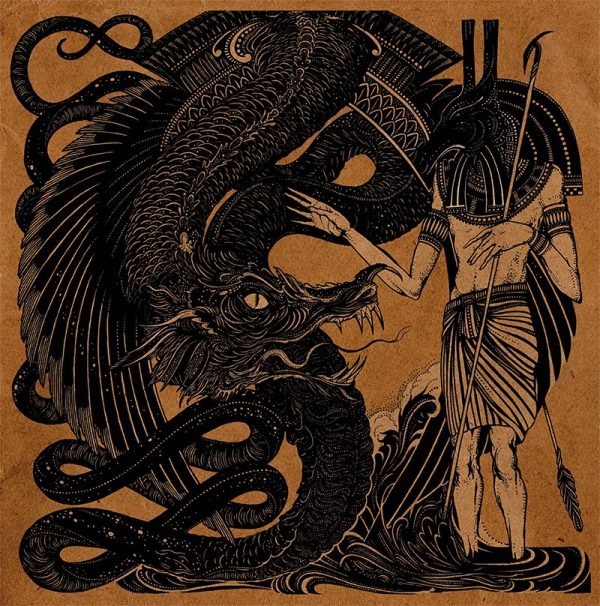 I trust that I don’t need to say much about Thy Darkened Shade, having showered this Greek band with so much praise in past years. They have a couple of splits coming our way this year, one of which is with Chaos Invocation under the title Saatet-ta Apep, and it’s the cover art for that one by Karmazid that you’re now looking at. Saatet-ta Apep will be released by the World Terror Committee.

And of course we will also finally be receiving the staggering split among Thy Darkened Shade, Abigor, Nightbringer, and Mortuus, on vinyl and CD. 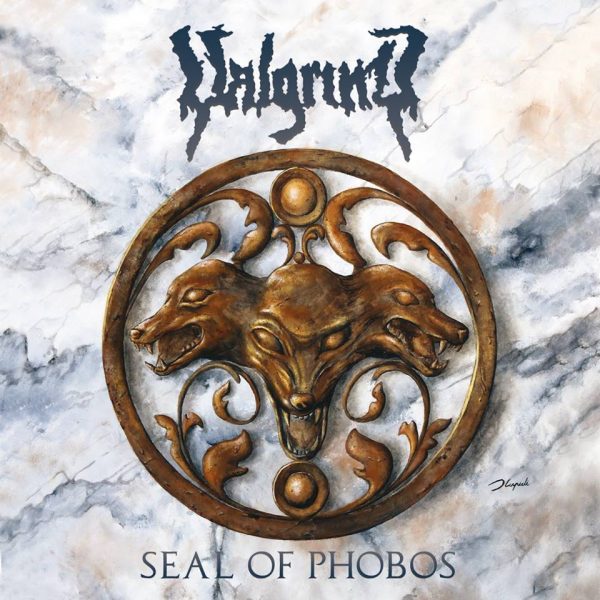 This next piece of cover art was created by Daniele Lupidi for Seal of Phobos, the new EP by the Italian death metal band Valgrind (Lupidi is also the band’s vocalist and bass player). It will be released on April 14 by Everlastng Spew Records and includes five tracks, one of which is an instrumental interlude and one of which includes guest vocals by Jonny Pettersson (Wombbath, Henry Kane).

The band’s announcement indicates that they “decided to go with a different vocal approach for every tune to give each one its own strong identity”, and the EP also includes the first studio appearance of Valgrind’s new guitarist Umberto Poncina, who also engineered and mixed the EP.

I discovered Valgrind only last year through their new album Speech of the Flame, and it was so good that I’d be watching for this EP even if the cover art weren’t so cool. Pre-orders (which include a special price until April) are up now and accessible through the links below. I’ve read that the first preview track will be revealed in about 10 days. 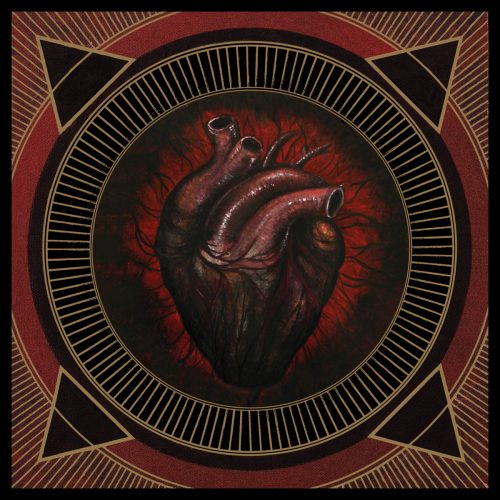 Now I’m moving to releases for which we have advance tracks to share with you, as well as artwork. The first of these is an amazing song called “The Lifting of the Veil” by a band from Reykjavik, Iceland (formerly located in Ireland), named Rebirth of Nefast. It comes from the band’s debut album Tabernaculum, which will be released on March 24 (CD and vinyl) by Norma Evangelium Diaboli.

I wasn’t familiar with Rebirth of Nefast until hearing this song, although the project has previously released a 2006 demo (Only Death) and a 2008 split with Slidhr (Ex Nihilio). I’ve also learned through Metal-Archives that Rebirth of Nefast is the solo project of an artist (Wann) who is also in Sinmara and Haud Mundus and is a former member of Wormlust and Myrkr.

“The Lifting of the Veil” is simply spellbinding — haunting, harrowing, and heavier than the burden of weight and grief carried by pallbearers. Its own preternatural pall of gloom is broken by shining but spectral guitar melodies that come unexpectedly and by bursts of dissonant storming and sweeping pageantry that push the pulse to a race.

(Thanks to Miloš for pointing me to this song.) 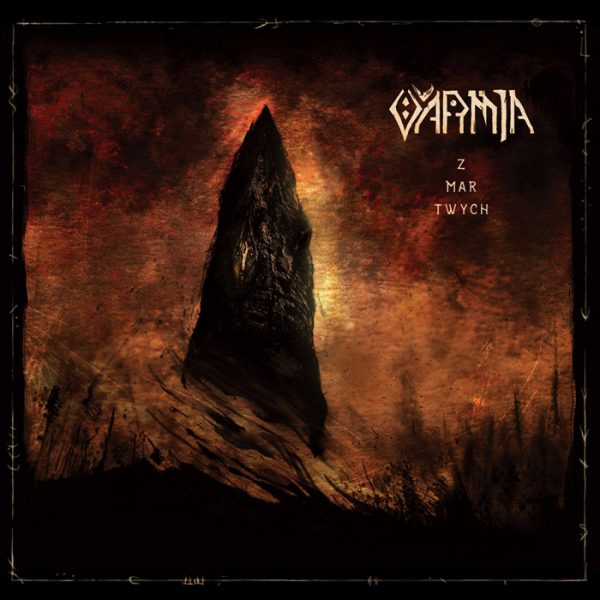 Varmia is another band I only discovered recently, thanks to the next song in this collection. They are from Poland, and their first album is Z mar twych (which apparently means “From your nightmares” or “From the dead”). It will be released on February 28 by Via Nocturna. The press release I received says that the album was recorded live, in one take.

“Ptak” is the name of the song below. It takes no time at all to get the blood racing, but this often dissonant black metal bonfire turns out to include quite a bit of variety, with interesting slower-paced digressions and soaring clean vocals spliced in amidst the cavalcade of incineration and hook-laden galloping riffs.

The album can be pre-ordered here: 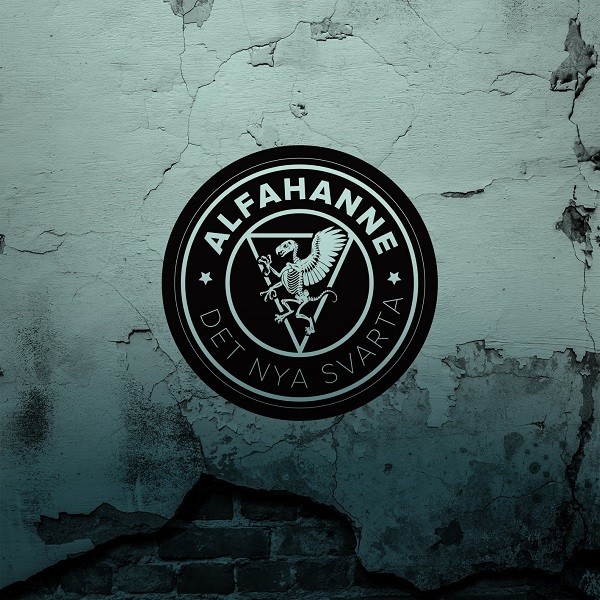 Alfahanne’s last two albums both attracted interest in part because of the line-ups of guest vocalists that each album included — an array that included Niklas Kvarforth (Shining), V’gandr (Helheim), Hoest (Taake), Erlend Hjelvik (Kvelertak), Nattfursth (Sorhin), and Spellgoth (Horna, Turmion Kätilöt) — but I became addicted to the music as well.

Their new third album is named Det Nya Svarta, and it will be released on April 7 by Indie Recordings. But before turning to one of the band’s new songs, I’ll share the news that this album also includes guests — Kampfar’s Dolk, David Lindh from Yvonne and Broder Daniel, Sanrabb from Gehenna, and Nadine Skjoldhammer.

The song below is “Stigmata“. The band have explained that the track “is about our home town. How you are born full of hope for the future, but the raw climate destroys you and the town drags you down”. For those who may be planning travel itineraries in Sweden, that town is Eskilstuna, west of Stockholm.

Although Alfahanne’s members have a background in black metal, “Stigmata” is a rocker, with strident clean vocals and both chiming guitars and swirling keyboards in the mix. Highly infectious, as expected from these gifted songwriters.

To pre-order the album (CD/LP/digital), check this link: 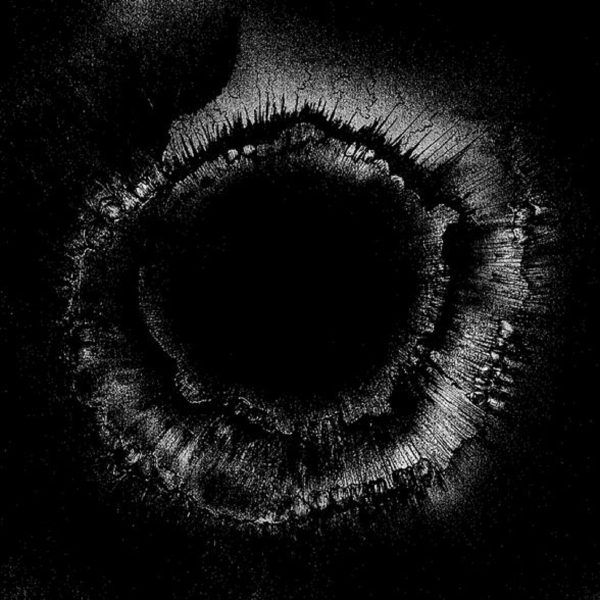 To conclude this collection I have a just-released single named “Blood Miller” from the forthcoming full-length debut of another group of New Zealand black/death tyrants named Vesicant. According to Metal-Archives, they once shared a member — NH — with Heresiarch, and also include members of such other bands as Temple Nightside, Covered In Shit, and Organectomy.

The new album is described on the Bandcamp page as “A descent of utter horror and madness in the first Great War…” That kind of descent is vividly captured in the monstrous destructiveness and derangement of “Blood Miller”, its dissonant, maniacal riff swarms, imperious roars, and blazing drumwork creating a maelstrom of violence, and its grief-stricken slower-paced movements conjuring visions of a mass grave being filled before your eyes.