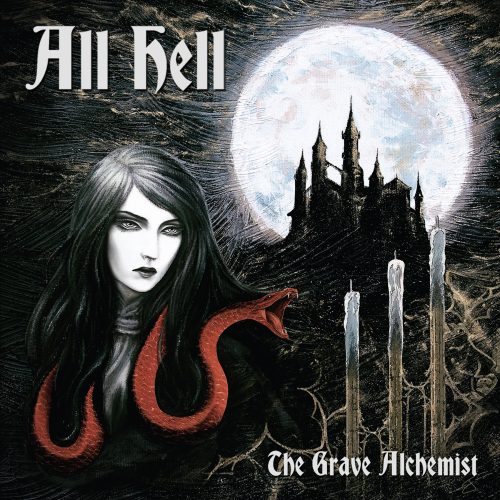 We’ve had some enthusiastic words of praise for North Carolina’s All Hell going back to their second release, The Red Sect, in 2015 (“It’s a thoroughly electrifying romp, a ripping rampage of thrashing riffs, punk rhythms, and mad-dog snarls. Hooky as hell and as nasty as a famished wolverine…. It hits that Toxic Holocaust/Goatwhore sweet spot”). Prosthetic Records soon signed the band and reissued that album on LP and CD, and now Prosthetic is bringing out the band’s new album, The Grave Alchemist — from which we gleefully bring you the premiere of a black thrashing track aptly named “Vampiric Lust“.

The new album was produced by Kris Hilbert (The Body) and was mixed and mastered by Joel Grind (Toxic Holocaust), both of whom also worked with the band on The Red Sect. The album is described as “a narrative-driven horror concept album that weaves a tale of alchemy, necromancy, and vampirism over the span of three centuries.” 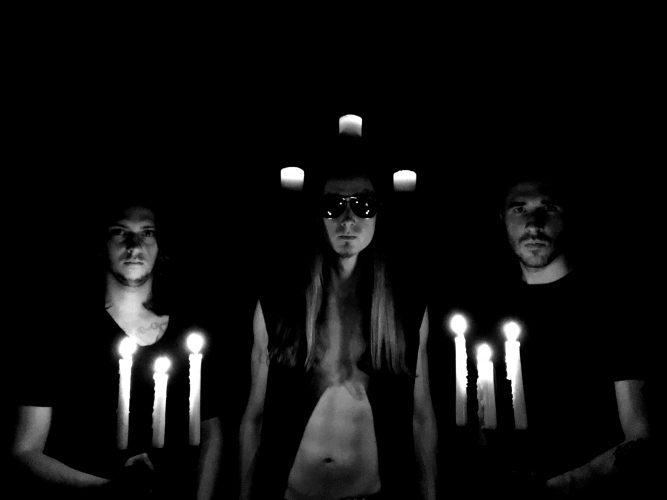 “Vampiric Lust” displays the same qualities that made The Red Sect such a big eye-opener. For one thing, it’s catchy as hell. For another, it’s meaner than a famished wolf pack who’ve just caught the scent of prey.

The song’s hard-driving drum rhythm incorporates feral punk energy, and the riffs are as red-eyed and predatory as they are galvanizing. Plus, the song includes a guitar solo that writhes and strikes like a viper, and Jacob Curwen’s vocals are scalding in their unrestrained savagery. Just be careful about who’s around you when you stream this — you’ll probably want to chant “vampiric… LUST” right along with the song.

April 14 is the release date set by Prosthetic for The Grave Alchemist. To pre-order, go HERE. And check out this schedule for All Hell’s upcoming spring tour (I’m guessing these dudes are a ton of hellish fun to catch live):

Here’s the track list for the new album, followed by our stream. Enjoy!

2 Responses to “AN NCS PREMIERE: ALL HELL — “VAMPIRIC LUST””