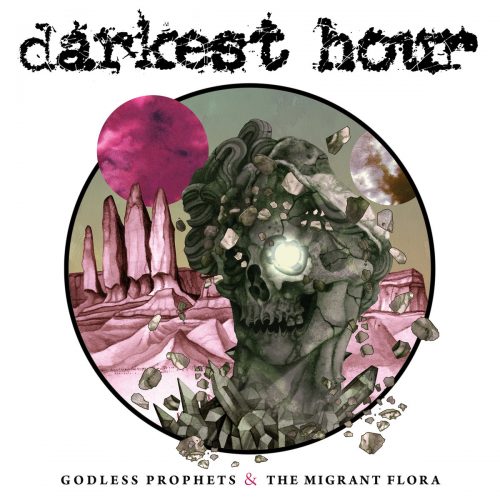 Now Darkest Hour’s last album was… how do I put this delicately… a big fat disappointment.

Anodyne and formulaic to a fault, it sounded less like the thrashing melodeath maniacs we’d all come to know and love, and more like a band trying desperately to streamline and sanitise their sound in pursuit of some (arguably long overdue) crossover success.

Heck, the band pretty well said as much in interviews at the time, citing their disappointment at seeing so many of their peers garnering a tonne of mainstream (by Metal standards, at least) attention and commercial success, while they were still struggling for their “big break”, as one of the driving factors behind their shift towards a more generic, Metalcore-friendly sound on their (ultimately sub-par) self-titled endeavour.

But it takes a big man (or, in this case, a big band) to admit when they’ve made a mistake. And, although it may not say so in so many words, Godless Prophets… is not only a heartfelt mea culpa from the DC destroyers, but also just happens to be their heaviest, angriest album since Hiddens Hands… 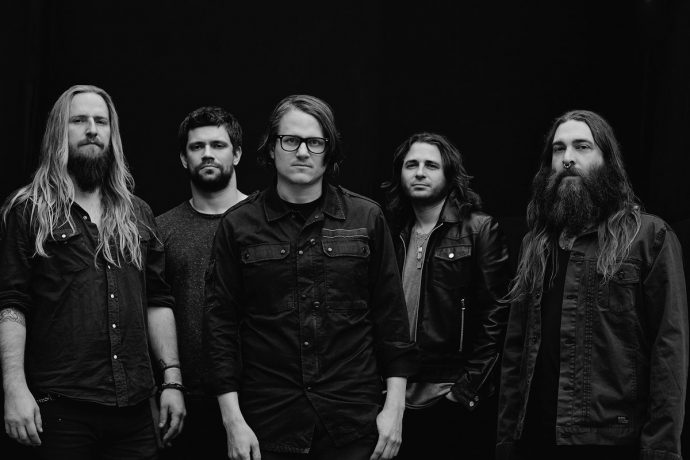 Not only that, but it’s also by some margin the thrashiest album the band have ever produced, and there are echoes of classic, prime-era Metallica all over songs like barnburning opener “Knife In The Safe Room” and the furiously frantic “In The Name Of Us All”, both of which find Schleibaum and Carrigan ripping out riff after neck-wrecking riff like their lives depended on it, backed up by the thick, muscular basslines of ex-Salome man Aaron Deal (now on his second album with the band, and clearly loving every minute of it).

The visceral double-act of “This Is The Truth” and “None of This Is The Truth” showcase the quintet at their At The Gates-infused best, utilising a bevy of hard-edged melodies to further sharpen their hyper-adrenalised, thrashtastic assault, aided and abetted by a suitably raw yet effortlessly precise production job courtesy of the infamous Kurt Ballou, whose trademark sonic skills really do add a sense of punishing weight and power to every blazing riff and ravenous, snarling vocal.

Speaking of vocals, the ever verbose John Henry has never sounded as ferocious, frustrated, and as utterly pissed-off as he does here, spitting fire and venom like his throat was filled with vipers, while ultra-talented drummer Travis Orbin (also on his second outing with the band) also deserves some hefty kudos for his performance, clearly relishing the opportunity to cut loose on tracks such as the Death Metal tinged “The Flesh and the Flowers of Death”, the full-force chugathon of “Those Who Survive”, and the absolutely throat-ripping “Another Headless Ruler of the Used”.

Of course this isn’t a perfect release by any means. Even at a focussed forty-five minutes in length, it still feels perhaps a song or two too long, and cutting either the solid, but slightly stock “Timeless Numbers” or the pleasant-but-superfluous instrumental interlude of “Widowed” would have probably helped make the album an even leaner, meaner, killing machine overall.

The track order as well doesn’t always work in the band’s favour either, as not only do the mid-paced, NWOAHM-isms of the aforementioned “Timeless Numbers” stick out like a slightly sore thumb, but I can’t help feeling like either the imposingly intense, yet introspected, “Enter Oblivion” or the majestic metallic battery of “The Last of the Monuments” would have made for a much stronger closing statement than “Beneath It Sleeps”… even if the latter does feature a scorching guest solo from beloved Darkest Hour alumnus Kris Norris.

But these issues and imperfections, though impossible to fully ignore, are unlikely to be a deal-breaker for most of the band’s fans, old or new, nor should they be.

Perfection is, after all, the enemy of the good, and focussing on this album’s (relatively minor) flaws would be a huge mistake, because, when all is said and done, the fact of the matter is that Godless Prophets… is the welcome sound of Darkest Hour back in the saddle and back to doing what they do best — kicking ass and taking names.

Godless Prophets & The Migrant Flora will be released by Southern Lord on March 10. It can be ordered HERE: