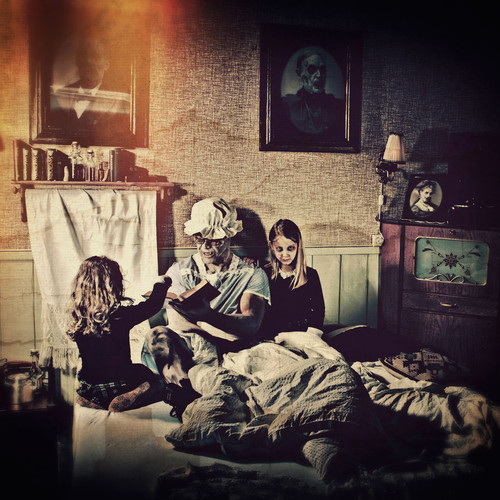 (Wil Cifer wrote this review of the long-awaited new album by Norway’s Slagmaur.)

This band from Norway have found their own dark path to stomp down with a grandiosity that elevates them over many of their peers.

They often find themselves chugging into more death-metal-like waters while holding the guitar textures with enough darkness to earn them the label of blackened death metal. At the end of the day, sub-genres be damned, it’s clear these songs are crafted with the understanding that no matter how heavy you are, the songs have to come first. 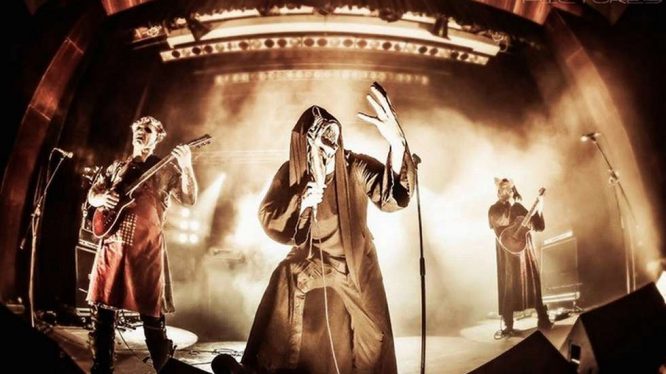 Many of the chord progressions have a darker coating and provide a chilling background for the death-metal-tinged vocals to bellow over. The drummer prefers double-bass to blast-beats. So the burden of creating blackness is placed almost solely on the guitarist. “Werewolf” is the first song to really slow into a darker throb that feels more black metal. By slowing, it shows that black metal is not just blast-beats and tremolo picking, it’s the intent of invoking darker feelings in one’s music.

They continue to thicken the atmosphere by building off of choral chants. Then the tables are turned on the blackened side of the equation as the death metal takes a less dominant role, with the low growls and drumming the only elements still clinging to death metal.

The guitar grows more melodic for the third song. If you listen closely you can hear some odd bits of percussion thrown in. When the band find themselves firmly locked into the chug, the distortion is a little overpowering in the mix. This slight production quirk is offset by the keyboards, balancing out this more abrasive quality.

One of the album’s most powerfully heavy moments lies in the dense groove to “Hekeskritt Og Djevelritt”.  I know with the word “groove” we might have already lost many black metal fans, but this song eventually turns into more of a drone. They never bore you with this drone or any other aspect of their sound.

“Hansel Unt Gretel” finds this band once again creating a song that is smartly written, with sonically interesting guitar parts. The vocals capture a more tortured feel here. They are eventually layered against a weird Middle-Eastern-like chanting. “Ja vi Elsker Dette Landet” takes a sharp turn into almost industrial territory. The chorus is the album’s biggest, with the vocals creating more of a boom. They eventually hit more of a groove and steady out into a more deliberate pulse. This serves as another display of their tremendous sense of dynamics.

This album is a ton of dark twisted fun. What happens here might not appeal to the most cvlt black metal purist. Instead, I can imagine this album appealing to the fan base of a band like Behemoth. Behemoth’s fans often like the trappings of black metal, but don’t necessarily own Burzum and Darkthrone albums. So bullet belts are optional and corpse paint is not required. The songs prevail amidst the mire of listeners trying to figure out what these guys are, as you are drawn more and more into what they are doing.

Thill Smitts Terror will be released on March 30, 2017, by Osmose Productions.