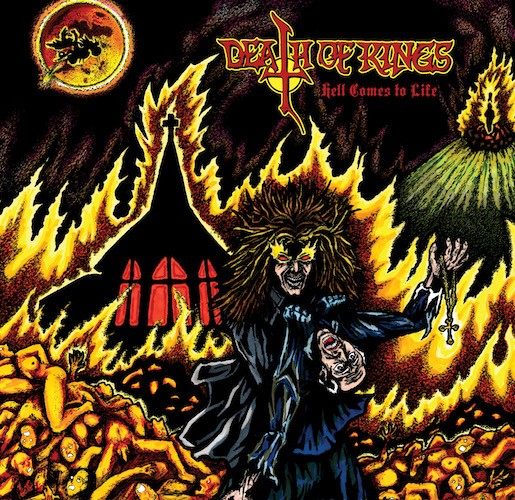 After a series of well-received shorter releases, Atlanta’s Death of Kings will be releasing their debut album Kneel Before None later this year on CD, with a vinyl pressing to follow. But before we get to that point, Boris Records will be bringing us a Death of Kings single on March 31, and we’ve got the premiere of its title track for you today: “Hell Comes To Life“.

Truer words were never spoken, because this song is explosively hellish, in all the best ways. It’s the kind of turbocharged, obliterating thrash ferocity that may make you want to destroy things, while it’s destroying you. 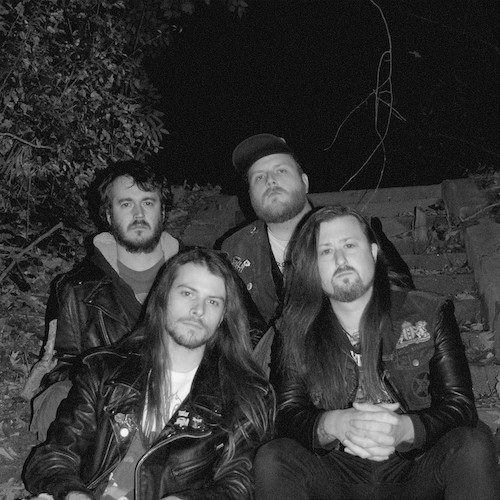 “Hell Comes To Life” is massively infectious, massively headbangable, and massively pulverizing. Yes, it flies like a bat out of hell, but it’s heavy as hell, too, possessed of as much thundering and pile-driving force as it has ripping riff mayhem.

Speaking of things that rip, Death of Kings’ vocalist delivers the lyrics with throat-slashing vehemence, mixing high shrieks and raw howls to good effect. And the song also includes a solo that will pop your eyes open, too — an extended, hyper-fast fire-starter that pushes a song which is already in the red zone out into… whatever comes after red. Extreme spectral red? Infra-red? Incinerating?

There’s a second song on this single, entitled “Hell Patrol”, a cover of a Judas Priest song off of Painkiller. It’s also authentically hellish, but of course with more of a classic heavy metal feel, with mostly clean vocals that soar impressively into the stratosphere and an epic melodic backbone that runs straight through this galloping demon steed.

Both tracks will light you up. But for now, you’ll have to get lit by “Hell Comes To Life” alone. Do that below.

Hell Comes to Life will be released on March 31st 2017, as a limited-edition vinyl. For more info about the release as it becomes available, check these links:

3 Responses to “AN NCS PREMIERE: DEATH OF KINGS — “HELL COMES TO LIFE””