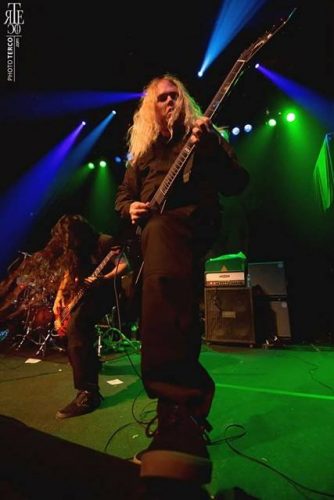 (KevinP rejoins us with another installment in his short interview series, and his guest this time is guitarist Alex Bouks (ex-Goreaphobia, ex-Incantation), who is now a member of Immolation. Immolation’s superb new album Atonement is out now on Nuclear Blast.)

K:  So how does it feel to be the “new guy” even though you’ve been at this death metal thing yourself for almost 30 years?

A:  It feels real natural, like I have always been there. We have been friends for almost 30 years so its already family.  And musically it is a perfect fit.  I feel I have found my home for sure. 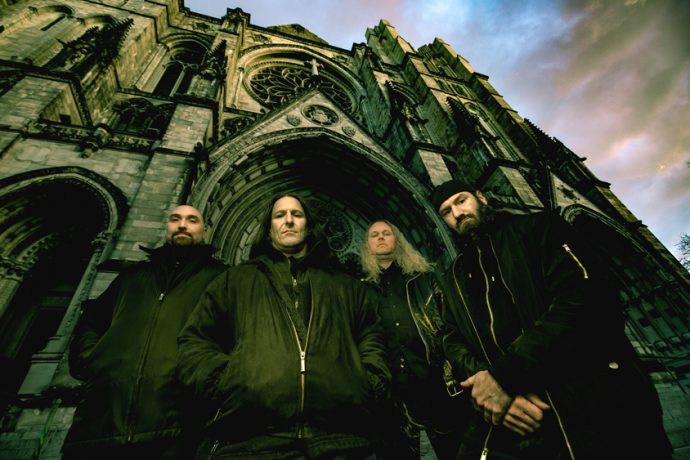 K:   How much of a transition (if any) was it to fit into the Immolation style and Bob Vigna’s twisted vision of death metal?

A:  For the most part me and Bob have the same influences and we approach the guitar the same. There are a lot of similarities in how we play chords, etc.  In some ways it feels like I am playing my own music when I play his stuff.

K:  At what stage of the writing process for the new album, Atonement, did you join?

A:  I came at the end of the record. Bob had already written all the music (as he always does). And the lyrics were split between Ross and Bob. It is a real pleasure playing these songs. I believe it is Bob’s best work musically and Steve’s (drums) best performance. And Ross and Bob’s best lyrics to date.

K:  You know that sounds like you ripped those lines from the Musician Interview Response Playbook 101, right?

A:  Haha, well as a person who was not a part of the writing process and looking from the outside,  I really could see the real magic that happened with this record. And I’m real proud to have joined at such a high point in their career. 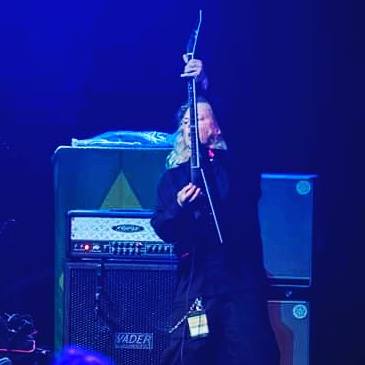 K:   I do find it amazing for a band that has been around for 30 years (and never released a sub-par album), to make some of their best records the past few years, starting with Majesty and Decay, Providence, Kingdom of Conspiracy, and now Atonement.

A:  I agree. I have been listening since the Rigor Mortis demo. That’s how far I go back with them. And I believe the best music so far has been made in recent times. The band is as hungry as ever! We are all still those young kids at heart still pushing forward to be the best. It’s not a hobby or a job, it’s about making something truly great that we are all proud of. And for me to be a part of 3 other guys who share the same vision is a dream come true. It’s a rarity. I don’t take this for granted.

K:   I myself am not a musician, so it fascinates me how they can come up with new material all the time, without repeating themselves.  And for a band like Immolation, who has never changed their style or strayed from the path, to continue to ‘mine that well’ and come up with something fresh and exciting, it blows me away.  It makes the music THAT much more special.

A:  I think because the band does not look at making records as something they have to do. It’s not a job, it is passion, it’s true art. No one feels as if we have reached our peak yet. It’s still about pushing forward but still retaining the bands roots. A lot of bands fall from the path and I think we are one of the rare bands to continue with our original vision, but can still bring something new to the table. 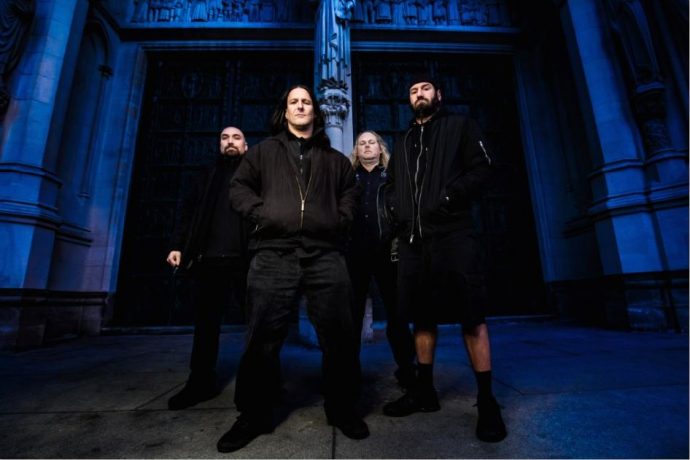 K:  Have you even thought about what you want or will add to the songwriting?

A:  I think Bob does an amazing job by himself.  If my ideas work, then great.   But I’m perfectly happy playing his music. I would never want to do something that would change something that works perfectly. We are far off from that right now, so it remains to be seen.

K:  Here’s that mind-numbing generic question asking about how the tour is going…

A:  The tour has been amazing! We reached some new fans that normally would not listen to a band like us. It was a real cool package with the 3 different bands and I think that makes it very special mixing some different audiences.

We have also made some great friends on this tour. Full of Hell and the Cavalaras and crew are some of the best people I have ever met. Such a positive vibe on this tour with lots of respect for each other and lots of laughs. It really couldn’t have been more perfect touring with all of them. No rock star ego shit, just 3 bands loving what they do and working together. Not to mention early Sepultura was a huge influence on us.  So being on the road with Max and Igor has been a huge honor.

7 Responses to “GET TO THE POINT: ALEX BOUKS (IMMOLATION)”