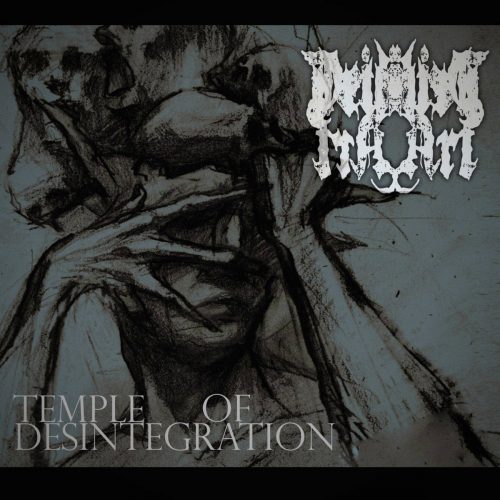 (TheMadIsraeli reviews the second album by the Ukrainian black metal band Devilish Art, independently released at the end of January.)

I really love it when black metal meets the harshness and chill of the heavier side of industrial. Khonsu has done a good job of this, and of course there are bands such as Mysticum. Mysticum suffers, though, from that same rythmic stagnation issue I mentioned in my recent Cirith Gorgor review. There still needs to be dynamism, interesting transitions, and tasteful incorporation to really drive the elements home together in a way that feels alive and organic.

Devilish Art’s Temple Of Desintegration is my first exposure to them. They have a debut, but I haven’t listened. Devilish Art play a very riffy style of black metal that reminds me a lot of Naglfar and Old Man’s Child mixed with harsh industrial and electronic elements in an impressive cohesion. Engaging in both its hybridization and in its pure, singular stylistic moments, this is an album in the black metal realm that’s going to stick with me. 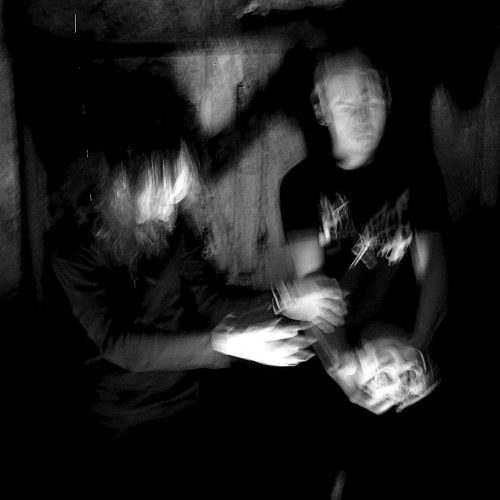 The thing about “Temple Of Desintegration” that immediately sells it out of the gate is how machine-like yet raw the mix of the album is. The guitar tones are fat, gritty, and oppressive but inhumanly tight, the drums sound like literal machine racket, and the band’s choice of industrial noises and electronic tones create an album that’s got a harsh yet resoundingly emotive atmosphere despite it’s cold, steely inclinations.

Another thing about Devilish Art I have to comment on is where exactly they land on the map stylistically. While we’ve had blackened death metal established as a definitive style for a long time now, I almost feel like Devilish Art are a deathened black metal. I can’t even tell you exactly how that’s defined, or what it means, but it’s definitely something that feels right. The vocals are predominantly death metal in tone, and the riffing, while leaning toward melodic conventions of black metal and employing black metal’s use of full chords and tremolo-picked passages, has a bludgeoning death metal quality about it. It’s up to you to agree or disagree with my assessment there, but in my mind this is black metal that’s not written from a place of black metal.

Devilish Art are also pretty masterful in how they slowly inoculate you with the more eccentric and progressive elements of their sound. Opener “Permeation” is a well-written, savage, but very tradtionalist black metal song that only mildly introduces the industrial and electronic elements, with excellent taste and well-implemented contrast. With a couple of derivations to break things up, “Temple Of Desintegration” just becomes harsher, more scathing, and more sonically oppressive as it goes along.

The very next track, “Awakening”, immediately steps up the incorporation of industrial elements quite a bit. Even when the noise isn’t there the main riff is impressively meaty but very deliberately wooden and lifeless in a machine-like way and is one of my favorite black metal riffs of the year. The title track is a dagger-shaped hail storm, a non-stop-barrage song that just kind of works. I think it’s mainly due to the interesting beats and the way in which they syncopate against the riffs.

Temple Of Desintegration is an album I can write a lot about, but I do think it needs to be heard to be understood. It’s an interesting record, and for me one of the best black metal records of the year — definitely a year-end list candidate. It’s a masterpiece of blackened malice, mechanical apathy, and futurist progressivism.