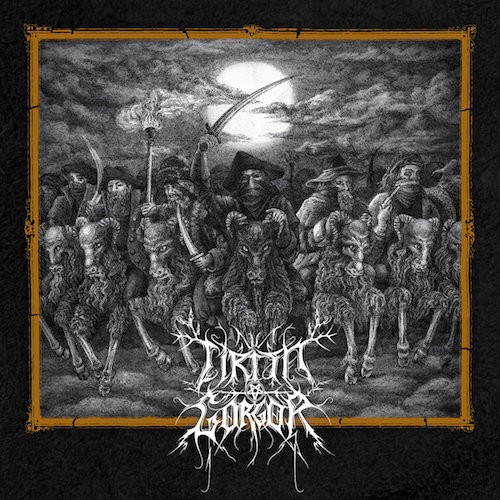 I’m really picky when it comes to black metal as of late. I mean, I’ve always been picky, very specific about what I like to hear in any sub-genre of metal, and I have my own views about what I think works and doesn’t work musically. I’ve been on an avant-garde and progressive kick in regard to the blackened arts lately, but I also immensely enjoy straight melodic black metal that’s just fucking belligerent and relentless. Naglfar, Old Man’s Child, and Nordjevel are common staples in my black metal listening, when it’s not Dark Fortress, Khonsu, or most recently Lorn (whose new album I reviewed here).

Cirith Gorgor, Dutch blackened legionnaires, are damned good at writing scorching melodic black metal that provokes windmills and whiplash while knowing how to incorporate great, technically inclined, layered riffing that evokes that arcane sense of mystique that black metal has really leaned toward in the last few years. 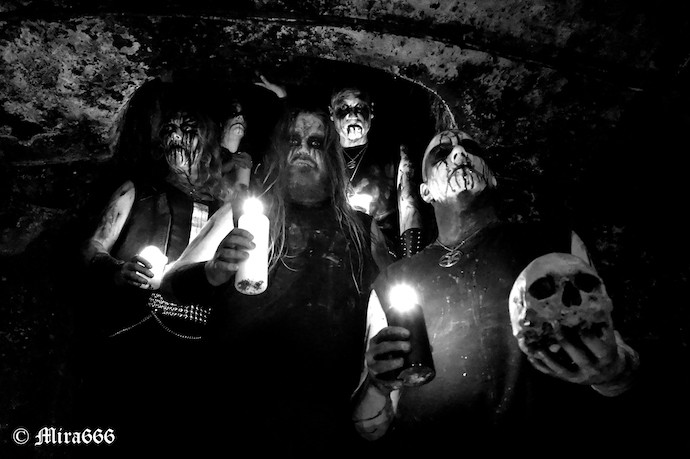 The subject of this review, Bi Den Dode Hant, is also a succinct workshop in how to compile a great EP, what an EP should communicate and why the format has its own sort of relevancy compared to LPs. Even though it apparently consists of tracks that were recorded along with the songs on the band’s last album, and may not have been conceived as material for a stand-alone work, the EP is an artistically masterful and efficiently structured affair that really appeases my high-functioning, OCD-lite demand for some degree of perfection on all levels.

The band in and of themselves check all my boxes pretty well. The vocals are raw and powerful, the riffs showcase all of black metal’s guitar convention in totality while throwing in a great deal of technical implementation, and the drums… oh fuck.

Ok, important mini-rant: Drums are really important in metal. I’d argue that ABOVE ALL ELSE drums make or break metal, and I say this as a guitar player. You can make the same riff work endlessly if your drummer knows how to switch up the beat behind it in a way that’s consistently complementary. Cirith Gorgor’s drummer Levithmong is insane at doing this, and it’s huge in a black metal context where the style really does suffer from a drummer problem of “hammer the blast beat like a monkey on meth” for 10 minutes straight, rendering any changes in everything else in the song rather indistinct. This aspect of Cirith Gorgor really sticks out, considering the great volume of more straight-played forms of black metal in which rhythmic stagnation is a huge problem.

Drums aside, Cirith Gorgor’s riff writing is immaculate — tremolo-picked torrents of power chords and harmonized leads with a loose abandon to them; rhythmic thrash-metal intricacy and some masterful playfulness with chord voicing; and picking apart and putting back together chunks of said chords to create that expanding/shrinking scope of the walls of melody that bands like Emperor trademarked. The brittle, granite guitar tone really helps accentuate the way the band approach the guitar front.

Great EP. To-the-point, powerful, dynamic, avoiding every common pitfall of black metal, and thus proving that Cirith Gorgor understand the genre at a most consummate level. Check it out.